Le Monde: Sudan is a laboratory for Russian expansion in Africa

Le Monde said that Sudan under the junta better embodies the counter-revolutionary and anti-Western dynamics of the Russian establishment on the African continent than the Central African Republic and Mali. 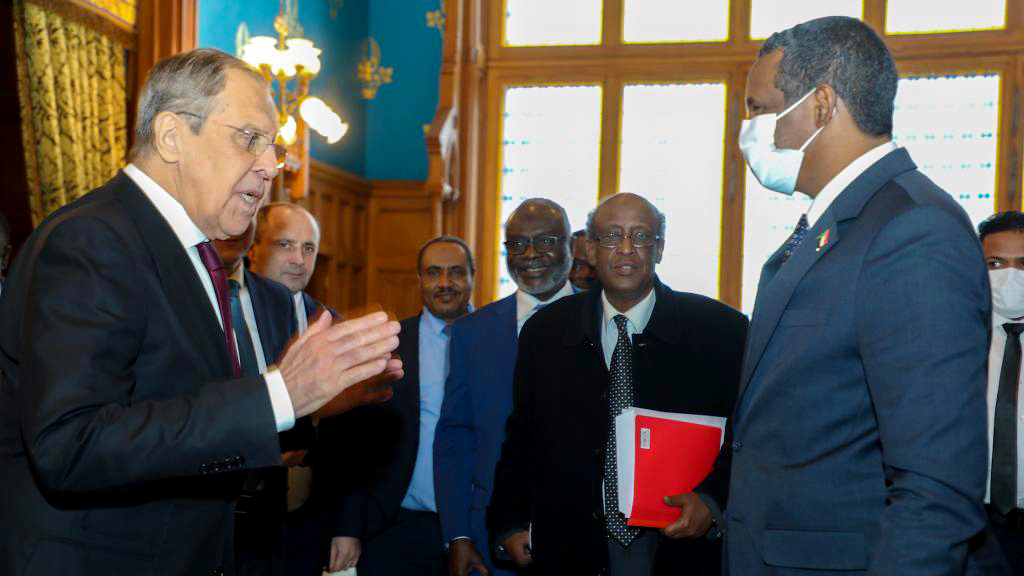 The French newspaper Le Monde said that Sudan under the rule of the junta better embodies the counter-revolutionary and anti-Western dynamics of the Russian establishment in the African continent than the Central African Republic and Mali.

In the column written by a professor of political science, expert in Middle East issues, Jean-Pierre Filiu, the newspaper reviewed what Muhammad Hamdan Dagalo (Hemedti) said on Russian television the day after the invasion of Ukraine;

That Russia has the right to act in the interests of its citizens and protect its residents, which it has a right under the Constitution and the law.

Filiu added that Hemedti - who is the second man in the military council to take power in Sudan since the coup that overthrew the authorities in October 2021 - is the terrifying leader of the Rapid Support Forces, those militias that everywhere suppress protests against the coup.

Hemedti arrived in Moscow on the eve of the Russian attack on Ukraine, and stayed there for 6 long days, accompanied by the Ministers of Energy, Mines, Agriculture and Finance, to clearly announce the commitment of the "Khartoum putschists" to stand by Russian President Vladimir Putin;

Thus, Sudan has become a real laboratory for Russian expansion on the continent, at a time when France's attention is focused more on the Central African Republic and Mali.

From Al-Bashir to Al-Burhan

The writer recalled the old relations between the Russian and Sudanese armies;

Many of the leaders in the ruling military council were trained in Moscow, but what strengthens the links at the top of the Sudanese authorities with the Russians is the isolation of former President Omar al-Bashir, who is accused by the International Criminal Court of genocide.

And it may be the Kremlin - as Filiu sees it - who encouraged the Sudanese generals to sabotage the democratic transition, so that in October 2021 things reached the stage of the coup of General Abdel-Fattah Al-Burhan, with the active support of Hemeti.

As evidence of this, the writer cites Moscow's persistent opposition to the condemnation of the ruling military council in Khartoum by the United Nations, just as its permanent obstruction to the Syrian file, as well as the return of Russian mercenaries from the Wagner Group to Sudan publicly, after it was weakened by its inability to defend the regime. Al-Bashir, who doubled the facilities granted to it, and made Sudan a bridgehead for the advance of those mercenaries in the neighboring Central African Republic.

MInvest (one of the companies of Evgeny Prigogine, the actual director of Wagner) has established a branch in Sudan to exploit gold deposits on the borders of the Central African Republic, where the group is engaged in this type of activity, especially since the October 2021 coup enabled Wagner Group from re-launching mining operations in Sudan, as well as in the Central African Republic, which accused Russian mercenaries of killing hundreds of civilians in it to strengthen their monopoly on the exploitation of gold mines.

In the face of the military council closely linked to Moscow, the democratic opposition in Sudan showed its support for the assaulted Ukraine - as the writer put it - and yellow and blue flags and banners of support for the Ukrainian resistance flourished in protest rallies against the military regime in Khartoum, becoming the most common slogan in this regard "The Sudanese revolution" She stands with the Ukrainian people against the Russian invasion."

The writer cautioned that such a dynamic of identifying with the Ukrainian issue resonated with the forces opposed to Syrian President Bashar al-Assad, and it echoed "from Syria to Ukraine the enemy is the same", which sheds light - according to the writer - on the Kremlin's counter-revolutionary goals, which It is often overlooked in favor of his anti-Western stance.