After the imprisonment of Yahya Hussein Abdel Hadi, anger and questions about the seriousness of the political dialogue in Egypt

A state of anger prevailed on the social media platforms in Egypt, following the sentencing of the former spokesman for the Civil Democratic Movement, Yahya Hussein Abdel Hadi, to 4 years in prison, which prompted activists to question the seriousness of the political dialogue announced by Sisi. 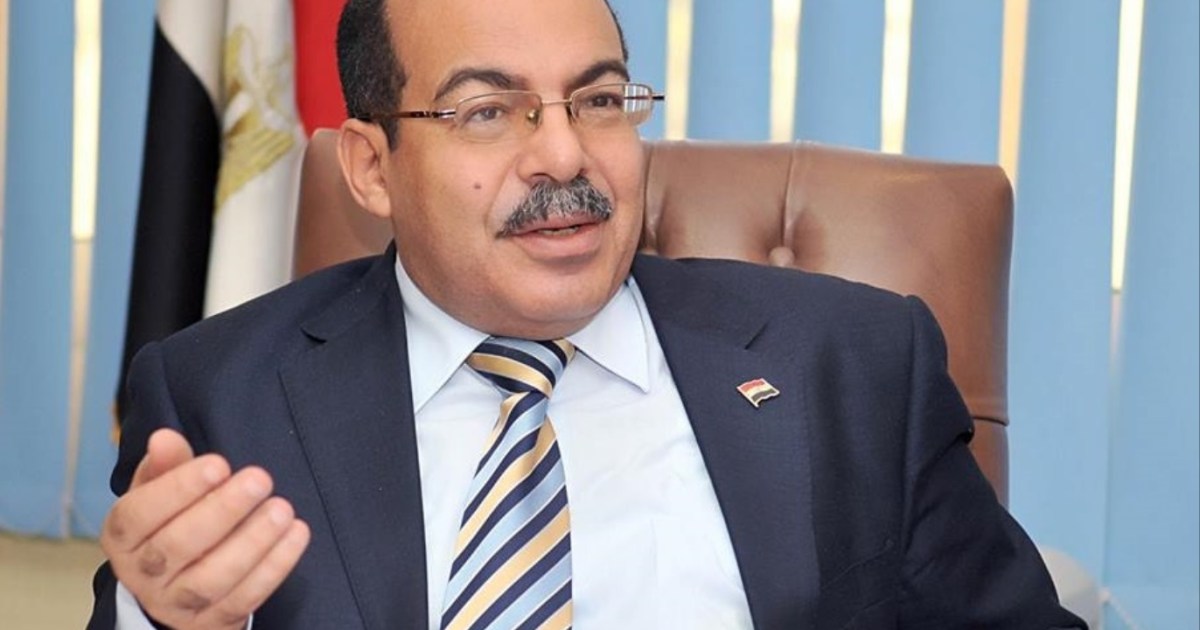 state of anger prevailed on social media platforms in Egypt, following the sentencing of former spokesman for the Civil Democratic Movement, Yahya Hussein Abdel Hadi, to 4 years in prison, on charges of spreading false news inside and outside the country.

Politicians and activists expressed their sadness at the sentencing of Abdel Hadi, who has already been in prison for 3 years, noting his long journey in the fight against corruption over the past years.

Others questioned the seriousness of the national dialogue announced by Egyptian President Abdel Fattah al-Sisi, in light of the continuation of what they considered to be policies of abuse of peaceful opponents.

For its part, what is known as the "Presidential Pardon Committee" said that it had submitted a request to the Presidency of the Republic to issue a decision to pardon Abdel Hadi, explaining in a statement published by some members of the committee on the communication sites that the presidency promised to study the request.

At the end of last Ramadan, Sisi announced the launch of a political dialogue and the reactivation and expansion of the presidential pardon committee to include new members, a committee that he says seeks to release political detainees and prisoners of conscience.

. Today, the brother and dear friend, the engineer, Yahya Hussein Abdel Hadi, was sentenced to four years in prison, on charges of spreading false news. It is shocking and sad news. This man who fought corruption for years is not in prison, but honors platforms.

I ask God to speed up his relief.

The place of this man is at the head of the table of any serious political dialogue in Egypt, and perhaps for that reason, the Sisi judges today punished him for 4 years in prison... #Yahya_Hussain_AbdulHadi https://t.co/l1NfiXtpgG

Many political forces welcomed the principle of dialogue and some declared their willingness to participate, while others expressed their reservations and fears of the lack of seriousness of dialogue, while politicians said that the first step in the dialogue is the release of political detainees, and that this matter does not require dialogue or amnesty committees, according to their expression.

Those who had reservations about the dialogue re-expressed their doubts about its seriousness, after Sisi spoke two days ago about the need for those speaking in the national dialogue to know the files under discussion, and that the participants should “study well” and use the official data available on government websites, he said.

And in October 2021, Abdel Hadi recommended, during a speech before the Misdemeanors Court of Nasr City, that he be buried in prison clothes if he died inside his prison cell due to his poor health, “so that he could argue against his injustice.”

The story of Yahya Hussein Abdel-Hadi and Gamal Mubarak

- Yahya Hussein is a paste with the love of Egypt, who returned millions to its people after exposing corrupt deals

the story of Egypt now, a miserable reality

DAWN condemns the sentencing of engineer #Yahya_Hussein_Abdulhadi to 4 years in prison on charges of spreading false news from the Emergency State Security Misdemeanour Court, and considers this judgment a continuation of the policies of abuse of peaceful opponents in light of calls for a comprehensive national dialogue.

We condemn the exceptional ruling issued by the Emergency State Security Misdemeanors Court to imprison engineer #Yahya_Hussein_Abdul-Hadi, in prison for 4 years on charges of spreading false news.

This ruling is a confirmation of the Egyptian authorities' insistence on continuing their approach of suppressing freedom of expression and continuing to harass politicians despite the alleged calls for a national dialogue.

In mid-January 2019, the Egyptian authorities arrested Abdel Hadi, after he and two hundred political figures launched a campaign to collect signatures on a statement rejecting the extension of a new term for Sisi by amending the constitution.

In November 2018, the Nasr City Prosecution (east of Cairo) released Abdel Hadi with a financial guarantee, after accusing him of insulting the President of the Republic and publishing news that would disturb public security, against the background of an article he wrote entitled “It is a revolution, even if a thief or president denies it.” He defended the January 25 revolution, stressing that it was a great revolution that would not be bothered by those he described as "murderers, forced labor ministers and public money thieves."

Yahya Hussein Abdel Hadi, born in Assiut Governorate in 1954, joined the Military Technical College in 1972, graduated in 1977, and served as an engineer officer until 1992.

After leaving the armed forces, he co-founded the Leaders Preparation Center, and became the director of the center and an undersecretary of the Ministry of Investment in 2004. This position, and his multiple positions, qualified him for membership in the main committee for evaluating the "Omar Effendi Company", which included 15 members of business leaders and experts.

The Egyptian street was known as Abdel Hadi as the one who revealed a corruption incident in the case of privatizing the “Omar Effendi” company, which was one of the largest commercial companies and had dozens of branches in Egypt that sold various goods, especially household supplies such as appliances, furniture, furnishings and clothes, where he submitted a complaint to the judiciary accusing the officials Hundreds of millions of pounds wasted.

The late thinker Abdel-Wahab El-Mesiri chose him to be part of the coordinating committee of the "Enough" movement opposed to former President Hosni Mubarak. He also participated in leading the "No to Sell Egypt" movement against the privatization policies of government companies and factories, especially deals tainted by corruption.