Ukraine accuses Russia of deploying ballistic missiles.. Moscow alludes to a referendum in Donbass, and Kiev rules out any concessions

Moscow hinted at holding a referendum in the Donbass region in eastern Ukraine, amid the continued Russian bombing, while Kyiv confirmed its rejection of any ceasefire agreement in exchange for ceding Ukrainian lands. 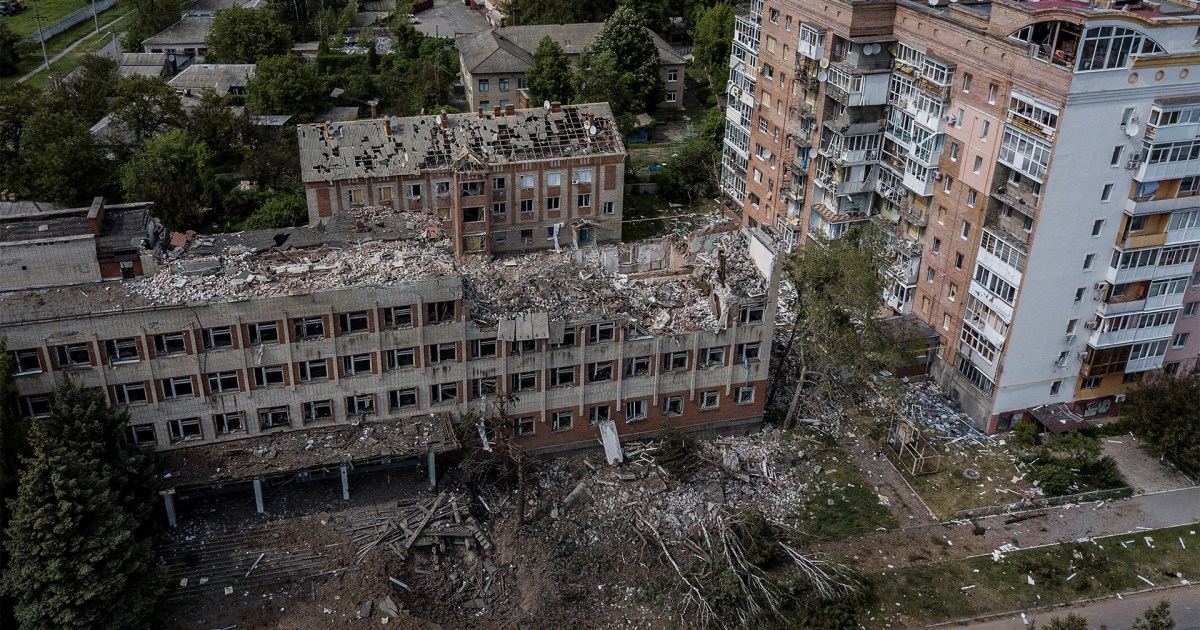 Moscow hinted at holding a referendum in the Donbass region in eastern Ukraine, amid the continued Russian bombing, while Kyiv confirmed its rejection of any ceasefire agreement in exchange for ceding Ukrainian lands.

On the other hand, Mikhailo Podolyak, an advisor to the Ukrainian president, ruled out his country's agreement to a ceasefire, and said that Kyiv would not accept any agreement with Moscow that includes ceding territory.

Podolyak stressed that making concessions would backfire on Ukraine, because Russia would respond more forcefully after any pause in fighting.

Podolyak said - in statements to Reuters - that the war will not stop after concessions.

This statement came in response to recent calls for an immediate ceasefire by US Defense Secretary Lloyd Austin and Italian Prime Minister Mario Draghi.

For his part, Ukrainian President Volodymyr Zelensky described the situation in the Donbass region as very difficult, but indicated that the Ukrainian army was repelling Russian attacks there.

Zelensky expressed his readiness again to hold a meeting, if necessary, "at the presidential level" with his Russian counterpart Vladimir Putin, who has refused to do so so far.

"This is our land, and step by step we will liberate it," he added, speaking of his country's need for "armored vehicles."

The Ukrainian staff added that the Russian forces continue to bombard the Ukrainian positions in the Donetsk and Lugansk regions.

And she indicated in her daily morning briefing that the Russian army is continuing its "missile and air strikes in all territories", and has even "increased their intensity by using aviation to destroy vital infrastructure."

Also in Donbass, Donetsk separatists said that they had information about the presence of foreign prisoners among the forces that surrendered in the Azovstal complex in Mariupol, stressing that they would continue to comb the complex in anticipation of the presence of some Ukrainian soldiers inside, as they put it.

For its part, the British Ministry of Defense said on Sunday that Russia was using "Terminator" armored vehicles designed to protect tanks in that attack.

In turn, the Russian Defense Ministry confirmed today, Sunday, that Russia bombed Ukrainian forces by air and artillery in the east and south, targeting command centers, soldiers and ammunition depots.

The spokesman for the Ministry of Defense, Major-General Igor Konashenkov, said that missiles launched from the air hit 3 command points and 13 areas where Ukrainian forces and military equipment are massed, in addition to 4 ammunition depots in Donbass.

Konashenkov added that the Russian missiles hit a mobile anti-aircraft system near Hanivka, 583 gathering areas of Ukrainian forces and military equipment, 41 observation points, 76 artillery units and mortars in firing positions, including 3 Grad batteries, in addition to the Bukovel Ukrainian electronic warfare station. Near Hanivka in the Mykolaiv region.

Yesterday, Saturday, Pavlo Kirilenko, the governor of Donetsk, announced on the Telegram application that 7 civilians had been killed and 10 others wounded in Russian strikes on his region.

For his part, Sergei Gaidai, the governor of the Lugansk region, announced via Telegram that one person was killed and two wounded during the bombing, and confirmed yesterday evening, Saturday, that "the Russians are making every effort to control Severodonetsk," as "the intensity of the bombing has doubled in recent days."

Shelling intensified on the city of Severodonetsk, at the center of the fighting, but Gaidai noted that Russian forces had retreated on the ground.

Destroy a shipment of weapons

In the context, the Russian Defense Ministry confirmed the progress of its forces in the Donbass region, noting the destruction of a large shipment of weapons and military equipment sent by the United States and European countries near the Malin railway station in the Zhytomyr region, east of Donbass.

A day after the Russian Defense Ministry announced the completion of control of Lugansk province, Leonid Slutsky said that the Donbass region would witness important events in the next few months.