Polish President Andrzej Duda suggested that the Ukrainian side conclude a new agreement on good neighborliness. 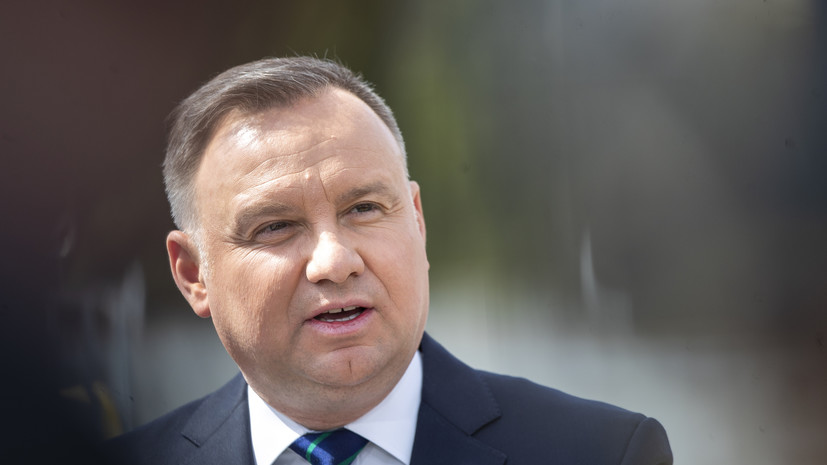 “It is my deep conviction that it is time to conclude a new treaty on good neighborliness, which will take into account what we have built in our relations, at least in recent months,” Ukrinform quotes him.

Duda suggested that a fast rail link between Kyiv and Warsaw should be a sign of good Polish-Ukrainian relations.

Earlier it was reported that President of Ukraine Volodymyr Zelensky intends to submit to the Verkhovna Rada a bill that would establish a special legal status for Polish citizens in the country.

At the end of April, the director of the Foreign Intelligence Service, Sergei Naryshkin, announced that the United States and Poland were working on plans to establish Warsaw's control over its "historical possessions" in Ukraine.