Monkey pox: nothing alarming but a situation where vigilance is required

The World Health Organization (WHO) expects new cases of monkeypox worldwide. Some 92 cases have been identified, and 28 others are under investigation, in twelve countries where the virus is not… 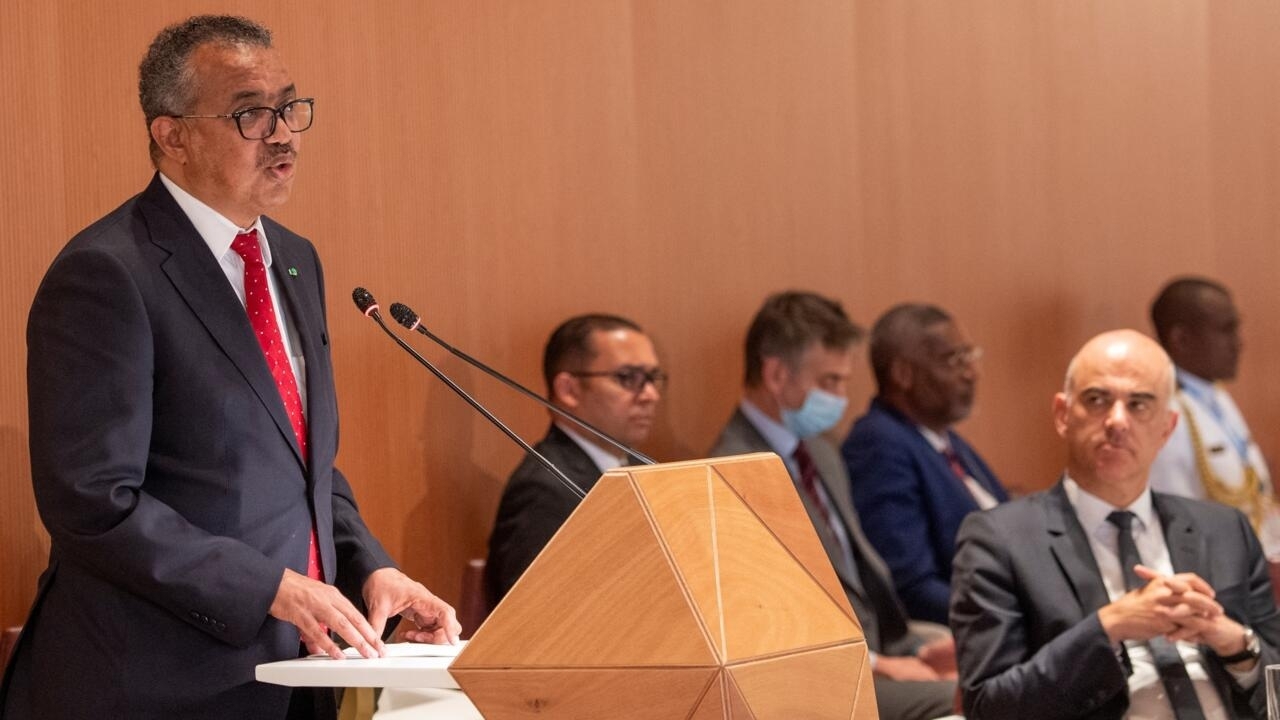 Monkey pox: nothing alarming but a situation where vigilance is required

WHO Director General Tedros Adhanom Ghebreyesus delivers a speech at the opening of the 75th World Health Assembly in Geneva on Sunday, May 22, 2022. AFP - JEAN-GUY PYTHON

Some 92 cases have been identified, and 28 others are under investigation, in twelve countries where the virus is not endemic.

This assessment will evolve, and everyone is thinking about the strategies to adopt to deal with it.

Monkeypox is a viral disease that appeared in the 1950s, first in West and Central Africa.

Its mortality rate is quite low.

It has appeared in recent weeks

, and seems to be transmitted by new contamination circuits.

A development that is still mysterious, as explained by Professor Christian Happi, director of the African Center of Excellence for the Genomics of Infectious Diseases in Ede, Nigeria.

I don't think there is any reason to worry about the evolution of the disease, if we do what needs to be done: isolate the sick, and then do the vaccination, for example.

Christian Happi, Director of the African Center of Excellence for Genomics of Infectious Diseases at Ede

The last outbreak of monkeypox dates back to 2019 in Nigeria.

Since the discovery of the disease, West and Central Africa have contained several epidemics.

For Professor Happi, the other regions must look to the African continent to find solutions.

It's experience, it's expertise.

Doctors and public health services in Africa have experience, don't they, in the management of these diseases, which others in the countries of the North do not have.

And I think we have to be humble, and come and learn from Africans how they manage these situations.

The United Kingdom identifies every day, these days, new patients, said this Sunday Susan Hopkins, the medical officer of the British Health Security Agency at the BBC.

►Read again: Israel records a case of monkeypox, in a man returning from Europe

Today, there is no vaccine against monkeypox.

But according to the WHO, meeting this week for the election of its director general, that against smallpox would be effective for contact cases.

Because monkeypox is a less dangerous cousin of smallpox, eradicated for about forty years, and against which we therefore no longer vaccinate.

The two facts could even be linked, believes Professor Patrick Berche, member of the French Academy of Medicine.

These epidemics, which have reappeared since 1970 almost everywhere, are thought to be due to the fact that vaccination against smallpox has been stopped.

It may be linked to a lower immunity of people who become more sensitive.

One percent mortality is still much more than Covid mortality.

so we really need to closely monitor the evolution of this epidemic, have the sequence of the virus, to see if it is not an atypical strain.

We are facing something a little curious.

Patrick Berche, member of the French Academy of Medicine

So, should we relaunch vaccination against smallpox?

Not for the moment, answer specialists.

Because we are only talking about a few cases in the world, generally not serious.

But if things were to get worse – or even, at present, to contain the epidemic – a vaccination limited to contact cases could be useful, according to Jean-Daniel Lelièvre, head of the infectious diseases department at the hospital. Henri-Mondor, in Creteil.

We are not going to make a specific vaccine, right away, for this virus.

But we have similar vaccines, we can use vaccines that have been proven against smallpox.

These are vaccines that we know very well, with a very good tolerance profile, so there you have it!

We do not leave with things that we do not know at all, which require expertise in terms of tolerance as with the Covid.

Spain and the United Kingdom have ordered doses of smallpox vaccine.

►Also listen: Monkeypox: "This human-human contamination is new and atypical"