A year and a half to close the legislature, the progressive formations beyond the PSOE take positions before the imminent metamorphosis of the left. Facing the silence of... 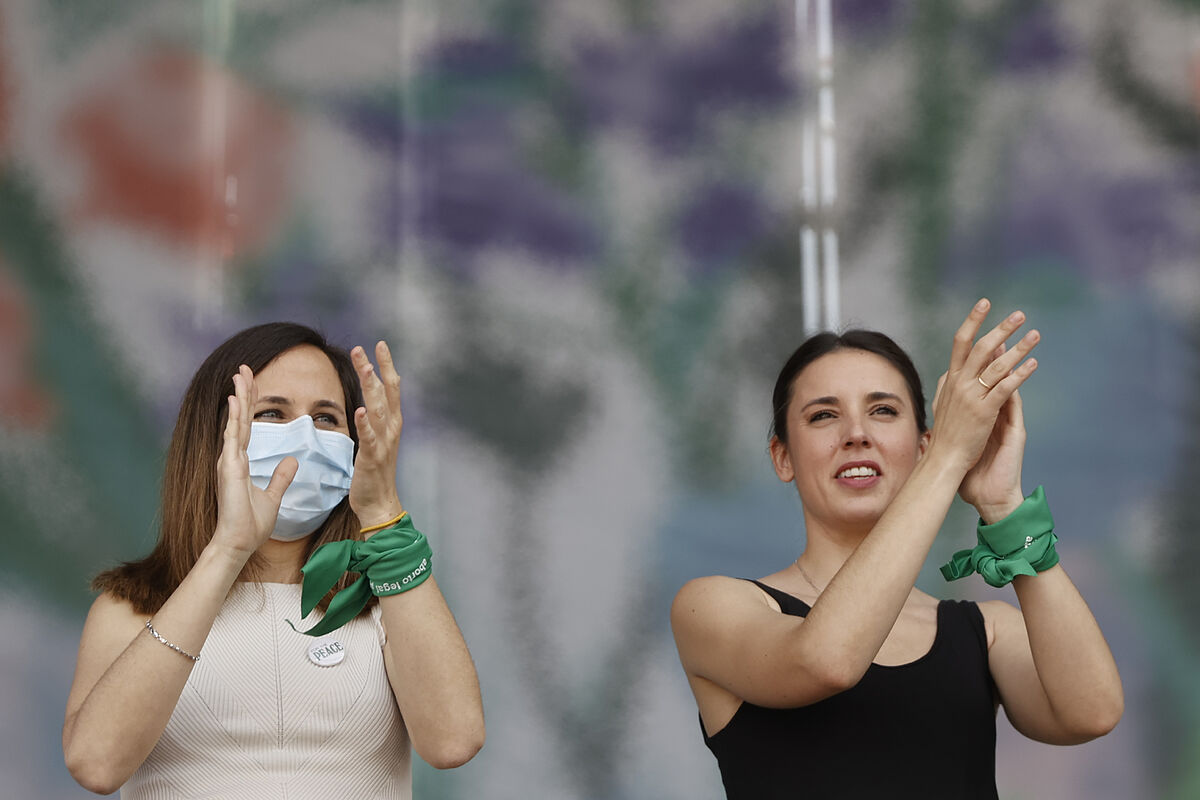 A year and a half to close the legislature, the progressive formations beyond the PSOE take positions before the imminent metamorphosis of the left.

Faced with Yolanda Díaz's silence about the degree of prominence that Podemos will have in her future political plans, Ione Belarra claims the

as the "engine" of change in recent times in our country and the "essential" piece for both Pedro Sánchez as for the second vice president in order to revalidate a coalition government.

, held this weekend in

, and that has enabled the

to reassemble the relations with the fundamental allies of the Government that make up the investiture bloc in Congress and give viability to the coalition's proposals.

This Saturday, Podemos brought together ERC, EH Bildu and the BNG at their event in Valencia, a meeting that allowed the four groups to unite their demands on the PSOE: "Without a strong multinational left-wing majority" ahead of the next step through the ballot box, "progress in rights and freedoms will be in danger".

"If this government wants to revalidate the trust of the citizens, it has to step on the accelerator," Belarra added this Sunday as a warning to Pedro Sánchez.

on "brave" policies within the Executive.

For this reason, they demand that their partner follow "the pace" and allow the

to deploy their roadmap, since thanks to the minority member, Belarra has boasted, "the most important advances of the coalition government" have been achieved.

A reason why Podemos defends and claims its weight in the following political movements that can articulate a leftist government.

Among them, especially, the

that Yolanda Díaz will weave from next year after dedicating the following six months, as the Andalusian elections pass, to listening to citizens through the Sumar project.

But Díaz's disdain for the

has been evident for months, and it is increasingly difficult to see the vice president coincide in an act with the Podemos ministers.

On this occasion, again, Díaz alleged personal reasons to reject the invitation of Podemos to his

It has been the great absence of a fundamental meeting for Belarra's party, which focused on this meeting - an "international rally", it has defined - as the opportunity to lay the foundations and define the roadmap between the leftist formations facing at the end of the legislature and the next electoral campaign for the general elections.

In fact, in Podemos they celebrate and presume to be the ones who have managed to recover the "stability" of the bloc that supports the Government, which is precisely one of Díaz's objectives with his plan materialized in Sumar.

But his continuous absences in Podemos acts show that Díaz's project is far from Belarra and Montero, who this Sunday have asserted that Podemos's challenge is to become the main force of the coalition government.

"Be clear, I tell you as general secretary: for our part there will be no lack of commitment to unity and generosity, but we also have to know that Podemos is essential to continue expanding the transformations that we have been pushing for so long", Belarra launched without mention Yolanda Díaz at any time during her speech, nor did Irene Montero minutes before.

The unanimity in the investiture bloc against the PSOE has come at a time when all formations criticize the fact that the Socialists have put themselves in profile before the arrival of the Emeritus in our country.

Until now, various leaders of Podemos had called it "humiliating" that Juan Carlos I returned to Spain without being accountable to Justice.

This Sunday it has been Belarra who has replicated this term to define the situation and claim a "republican horizon".

Thus, the return of the Emeritus is serving the

to recover their republican speech and their attacks against the Monarchy.

This Saturday, the formation tried to expand its persecution against Juan Carlos I for his return and implicate the Royal House as an institution in acts of private agenda that they branded as "embarrassing".

Similarly, they demanded that Felipe VI, like his father, "be accountable" to the Spanish.

"The monarchy is the main lock that prevents a profound transformation of the State, that prevents the shielding of social rights, the true democratic renewal of the deepest powers and the recognition of what we are: a multinational, diverse and rich country. Each more and more people are aware that only a republican horizon is going to bring us the answer to the questions that have been on the table for four decades", said the Minister of Social Rights.