England: City retain their title after a crazy last day

EnglandManchester City retained their Premiership title at the expense of Liverpool by beating Aston Villa 3-2 on Sunday on a breathless final day, after trailing 2… 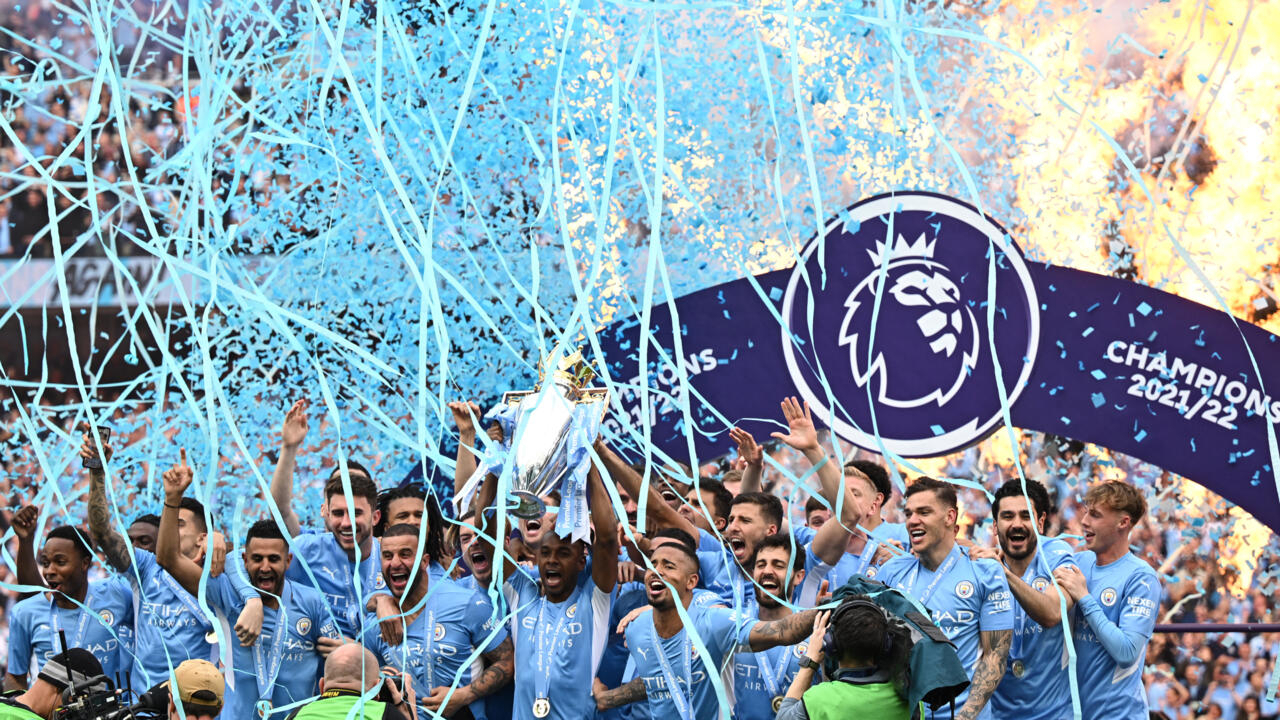 The Reds dominated Wolverhampton in vain (3-1), after conceding the first goal after 3 minutes.

They fall one point behind their rivals, after being 12 behind at the start of 2022. One week before the C1 final against Real Madrid, they say goodbye to their dream of a quadruple, after their victories in the FA Cups and of the League.

Pep Guardiola's Manchester City had so far always won the matches of their 38th day and were therefore favorites before the kick-off of the last round.

But just like a thrilling season, the last day, which could only make one happy between two teams that would have made great champions, was full of suspense, tension and contrasting emotions.

City is even almost a miracle, a bit like ten years ago, when Sergio Agüero offered him his first league title with a goal in added time against QPR (3-2).

City did not lead wide in the 69th minute when Aston Villa, coached by Steven Gerrard, emblematic captain of the Reds in the 2000s, led 2-0 on goals from Matty Cash (37th) and Brazilian Philippe Countinho, a another former Anfield Road (69th).

Manchester City players jubilant after the league title goal against Aston Villa on May 22, 2022 in Manchester Oli SCARFF AFP

But Gündogan, who came on just before the Villans' second goal, changed the course of the match.

The Etihad definitely capsized when Gündogan scored the winning goal (81st) which put the Citizens out of reach of Liverpool.

A cruel epilogue for the Reds who believed in it from a distance.

Without Virgil van Dijk and Mohamed Salah, spared at kick-off, they were surprised by Pedro Neto, well served by Raul Jimenez (0-1, 3rd).

They will now look for a hat-trick in the cups, having won the FA and League Cup, when they face Real Madrid in six days in Paris for the Champions League final.

Behind, Chelsea secured third place by beating relegated Watford (2-1) and it was Tottenham who won the fourth ticket for the C1 by crushing the last, Norwich (5-0).

The golden shoe for Mo Salah sparkling with Liverpool and distinguished after the match against Wolverhampton at Anfield, May 22, 2022 Paul ELLIS AFP

United clings to the C3

Arsenal, 5th, will have to settle for the Europa League, despite their big victory against Everton (5-1) which had ensured their maintenance in midweek.

Manchester United will also go to C3, with a lot of luck.

Defeated at Crystal Palace (1-0), the Red Devils only retained 6th place thanks to the defeat of West Ham at Brighton, when they had led 1-0 shortly before the break on a goal from Michail Antonio.

Manchester United and Bruno Fernandes, beaten by Crystal Palace in London on May 22, 2022, will play the Europa League JUSTIN TALLIS AFP

The Hammers will play the Europa League Conference.

At the bottom of the standings, Leeds managed to narrowly save their place in the top flight.

On the same line as Burnley before this day, but with a much worse goal difference, Marcelo Bielsa's former club won 2-1 at Brentford on a penalty from former Rennais Raphinha (58th) and a goal from Jack Harrisson after added time (90 + 4), while Brentford had equalized by Sergi Canos (78th).

At the same time, at home, Burnley could not do anything against Newcastle and a brace from Callum Wilson, author of the 1-0 in the 20th, on penalty, then 2-0 in the 61st, despite the reduction of the score by Maxwel Cornet 20 minutes from time.