Catherine Colonna, a minister specializing in crisis diplomacy at the Quai d'Orsay 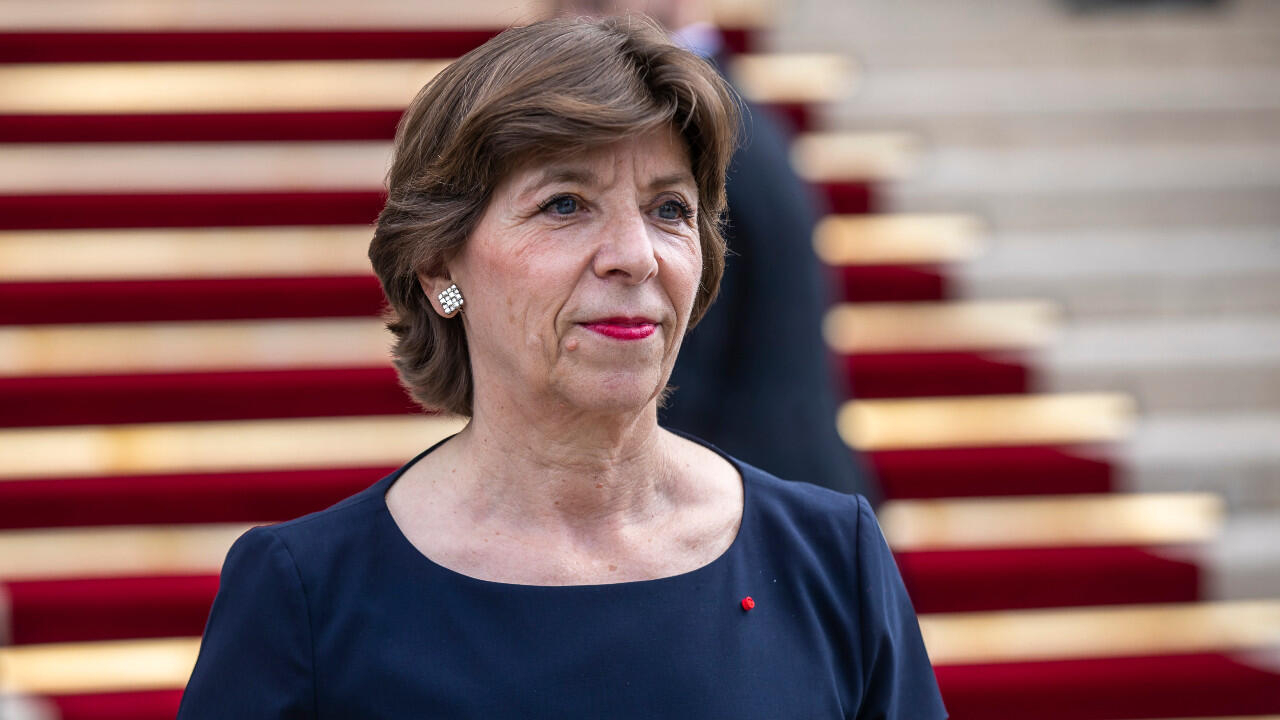 "You have known me for a few years, you can count on me to never forget who I am or where I come from, and I come from this house".

It is in these terms that the new Minister of Foreign Affairs, Catherine Colonna, addressed the diplomats who attended the transfer of power with her predecessor Jean-Yves Le Drian, Saturday May 21, in the famous salon of the Ministry clock.

Indeed, "this house" has no secrets for Catherine Colonna, a woman who, according to Jean-Yves Le Drian, has "devoted (her) life to serving our country by serving our diplomacy".

Entering the Quai d'Orsay as Secretary of Foreign Affairs, after graduating from the prestigious National School of Administration in June 1983, Catherine Colonna, 66, has spent her entire career there.

Or almost: she also had a few forays into the private sector, notably within the international financial communication firm Brunswick (2010-2014).

This Tourangelle by birth, daughter of a stay-at-home mother with a degree in English and a Corsican lawyer converted into agriculture, has been since November 2020 – on the proposal of Jean-Yves Le Drian – one of the three women brought up at the dignity of ambassador of France.

A prestigious title awarded on a personal basis after a leading career.

She is, however, only the second woman to lead the Ministry of Foreign Affairs after the three-month whirlwind passage of the Gaullist Michèle Alliot-Marie in 2010.

Since she was appointed to embody the voice of France, observers have highlighted the remarkable career and professionalism of the one who was still an ambassador in London a few days ago.

Huge honor to start this mission at the head of @francediplo with all those & all those who work every day in the service of France 🇫🇷 around the world.

"She is a very experienced diplomat, who has a perfect command of European and international issues, and who knows the whole Foreign Affairs community very well, explains Bruno Daroux, specialist in international issues at France 24. It is therefore rather an appointment completely coherent and relevant".

It is a consecration for Catherine Colonna who is a familiar face for those who follow French diplomacy closely.

After serving as First Secretary at the French Embassy in the United States between 1983 and 1986, she then returned to Paris, to the sub-directorate for European issues and Community law.

In May 1988, she was appointed technical advisor to the cabinet of former resistance fighter Maurice Faure, then Minister of Equipment and Housing in the government of Socialist Prime Minister Michel Rocard.

In 1989, she returned to the Ministry of Foreign Affairs to take up the position of project manager for the head of the Center for Analysis and Forecasting.

In 1993, her career changed when she was appointed deputy spokesperson and deputy director of press, information and communication at the Quai d'Orsay, then headed by Alain Juppé.

In the aftermath of the 1995 presidential election won by Jacques Chirac, Dominique de Villepin, the new and very influential secretary general of the Élysée – who was his hierarchical superior in Washington – called him to perform the duties of spokesperson for the presidency.

She held this position, which no longer exists today, with skill and energy until 2004. In particular during the delicate cohabitation with Prime Minister Lionel Jospin, when the Élysée and Matignon, whose spokesman at the time was Manuel Valls , did not give each other any gifts.

"She was a leading chiraquian. In addition to Jacques Chirac, she worked with Dominique de Villepin and Alain Juppé, whom she had complete confidence in, and who appreciated her great experience", underlines Bruno Daroux.

The newspaper Liberation, to which she confided to having "rather the heart on the left", evokes, in a portrait published in 2004, "a good little soldier of the Republic" and a "hard worker, available at all times, for the President" .

Jacques Chirac, then President of the Republic, speaks with Catherine Colonna, spokesperson for the Élysée, during the official visit of Egyptian President Hosni Mubarak to Paris, July 3, 1999. © Georges Gobet, AFP

European summits, G7 or NATO meetings, strong diplomatic tensions with the United States around the intervention in Iraq ordered by American President Georges W Bush… it is on all fronts of French diplomacy.

"When Chirac named her, we almost fell out of the cupboard. For us, she was on the left", confided to the newspaper Le Monde, in 2003, the very Chiraquian François Baroin about the one who was under- director of the press at the Ministry of Foreign Affairs under the socialist minister Roland Dumas (1990-1993).

An ambiguity assumed by Catherine Colonna which seems compatible with Emmanuel Macron's political strategy aimed at getting out of partisan logic, by picking his ministers from right and left.

After a stint at the head of the National Center for Cinematography (CNC), after her departure from the Élysée, reluctantly granted by President Jacques Chirac, the career diplomat returns to business.

She was appointed Minister Delegate for European Affairs in the government of Dominique de Villepin on June 2, 2005, a few days after the victory of the "no" vote in the referendum on the European Constitution.

A position entrusted to her in the midst of the EU crisis, tailor-made at the time for this convinced European, and which she will occupy until 2007.

After this first ministerial experience, she was appointed permanent representative of France to UNESCO, from 2008 to 2010, before a four-year hiatus in the private sector.

She returned to the diplomatic world as French Ambassador to Italy and to the Republic of San Marino (2014-2017).

Permanent Representative of France to the OECD (2017-2019), she found an embassy in 2019: that of the United Kingdom, in the midst of Brexit negotiations and tensions with London.

Another major international crisis to manage for Catherine Colonna.

This experience will be very valuable to her when she takes the head of a Quai d'Orsay itself shaken by an unprecedented crisis, with a call for a strike launched for June 2 by six unions and a group of 400 young diplomats. .

They protest against an accumulation of reforms, particularly that enacting the gradual "extinction" by 2023 of the prestigious diplomatic corps.

>> To read also: French diplomacy: "The Quai d'Orsay has a tendency to operate in a vacuum"

The appointment of a career diplomat who knows the mysteries of the ministry perfectly could be seen as a sign of goodwill on the part of the Élysée.

In addition to contributing "to appease the disorders of the world", while war rages on the European continent, with the Russian invasion of Ukraine, Catherine Colonna will also have to seek to appease her own diplomatic troops.