Amid accusations of violating Sharia, the Women's Council in Egypt presents its vision for the Personal Status Law

Under the pretext of legislating a just law that guarantees the stability of the Egyptian family, the National Council for Women announced its vision for the draft personal status law that is expected to be discussed in the House of Representatives. 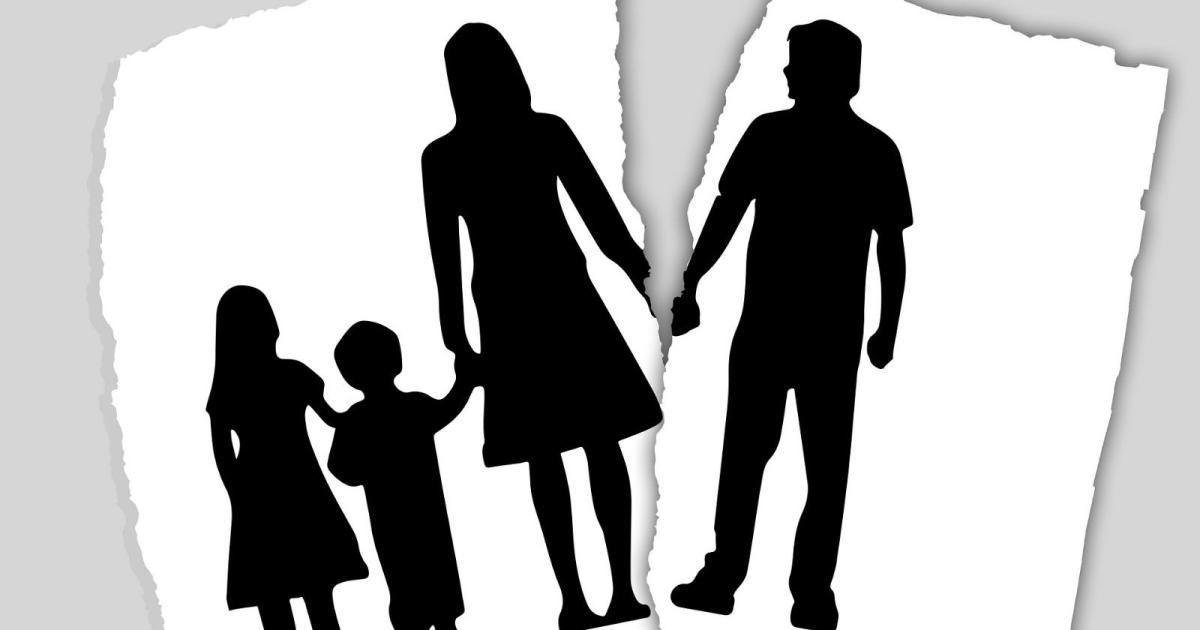 Under the pretext of legislating a just law that guarantees the stability of the Egyptian family, the National Council for Women announced its vision for the draft personal status law that is expected to be discussed in the House of Representatives.

The Women’s Council’s vision of the law on the provisions of marriage and its termination included several proposals that led to an increase in societal debate about the new legislation. While some found it fair, others saw it as unfair, winning for women at the expense of men.

The draft Personal Status Law, submitted by the government to Parliament last January, consists of 194 articles that include the regulation of the engagement, the marriage contract, the effects of marriage and its provisions, divorce, khul’, lineage, alimony, custody, and the Egyptian Family Welfare Fund.

In addition to the government project, there are other bills related to regulating personal status that have been prepared by representatives and civil forces. In fact, the Council of Senior Scholars of the Al-Azhar Foundation has prepared legislation in the same regard, and all of them failed to pass by the current and previous parliaments.

The Egyptian presidency pays attention to the personal status law, which President Abdel Fattah El-Sisi expressed on more than one occasion during which he called for coordination between the government, parliament, Al-Azhar and civil forces in order to prepare balanced legislation.

The vision of the National Council for Women on the new Personal Status Law included several demands or proposals that sparked controversy because they tend to favor women’s rights at the expense of men, especially in the event of divorce, according to the opponents’ vision, most notably:

- Provide for the right to toil and striving, and to confirm the independent financial disclosure of the spouses.

Guardianship is a right for an adult woman according to her choice and interest, and she may contract her marriage by herself or delegate it to her father or one of her relatives.

– Provide for the testimony of women on an equal basis with men and confirm that, as happens in the reality of criminal and civil procedures.

Permission to inspect the husband’s bank accounts, taking into account the confidentiality of the data, and that the income elements include all types, categories and sources of income despite their diversity in the articles of alimony to show the real income of the spouse or divorced.

– Regulating the wife’s authorization to divorce under the contract or its appendices and clarifying its ruling in this case that it is an irrevocable divorce in which it is not permissible to take it back.

Organizing divorce and making it before the judge or notary to resolve the rights arising from it, and that it be in the face of the wife or her knowledge of an official notification, in order to confront the oral divorce.

Preserving the khul’ article in its current text in the law and not amending the khul’ ruling as an irrevocable divorce and not an annulment of the marriage contract.

The custody of the children shall not be forfeited from the widow and the widow, as well as in the case of the marriage of the custodian / mother to another - unless the judge decides otherwise in the interest of the child and any other reasons he deems appropriate - with the organization that the custodian does not deserve the housing and nursery wages in these cases.

A provision to establish a specific legal regulation for the problem of a divorced woman without a job, a breadwinner, or a home, who was harmed by her divorce after a long marital period that can reach more than 20 years, by deciding on compensation and housing wages.

Availability of imprisonment for all financial rights of women, including pleasure and backdoors.

Abolition of the provisions of obedience.

In turn, the President of the National Council for Women, Maya Morsi, said that the issuance of the Personal Status Law in a balanced manner has become an urgent necessity, as it deals with issues that affect all members of society.

And she expected - in a press statement - that a fair and balanced personal status law would greatly stabilize the family and reassure future generations in terms of the idea of ​​the institution of marriage.

Divorce incidents in the country amounted to about 213,000 in 2020, at a rate of one every two minutes, according to the report of the Central Agency for Mobilization and Statistics (a government agency).

Morsi confirmed that the National Council for Women exerted great efforts over the past 6 years in order to prepare the determinants of the Personal Status Law and to address the problems and procedural aspects of family issues.

According to Article 11 of the Egyptian Constitution, the state is committed to achieving equality between women and men in all civil, political, economic, social and cultural rights.

For its part, the campaign "Mothers Make the Impossible" supported the vision of the National Council for Women on the new draft personal status law.

The founder of the "Mothers Make the Impossible" campaign, Lamia Bassiouni, said that the vision of the Women's Council elevates the status and value of Egyptian women, who are considered the first core in the formation of the family and society.

In press statements, Bassiouni praised the vision and custody provisions proposed by the Women's Council, which she considered taking into account the interests of children and ensuring that children are not deprived of the custody of the mother, as she is able to care more than the father.

Bassiouni called on the concerned authorities to listen carefully to women's demands and pay attention to their problems and solve them, so that the new law comes out with sufficient guarantees to preserve the rights and gains of Egyptian women.

“Each party wants to win for its opinion and wants to achieve gains for the group it represents.” This is how Justice Minister Omar Marawan saw the proposals presented by the National Council for Women, civil society forces, and the Al-Azhar institution regarding the personal status law.

He explained, during his meeting in an exclusive interview with the "On My Responsibility" program, broadcast on Sada Al-Balad channel, that personal status includes several parties: the father, mother, children and grandfather, and "we must not take sides with one of them, and the first interest of the child must be in the new law." .

With regard to the issue of child custody, the Minister of Justice indicated that each case of separation has its own circumstances. For example, there is a case where the advantage is for the child to become his custody with the father, and in other cases with the mother, stressing the quest for the exit of the Personal Status Law according to a balanced vision that takes into account the interests of all parties.

Despite his assertion that he is not biased towards women in the personal status issue, the Egyptian president considered women oppressed, pointing out that the efforts made are aimed at achieving balance within society.

In a telephone interview with the "Tahrir Hall" program broadcast on Sada Al-Balad channel, he stressed the need for the law to regulate marriage and divorce, considering personal status as one of the most serious issues facing society and affecting its cohesion and future.

In 2017, Sisi called for the issuance of a law requiring that divorce be completed only in front of an authorized person, that is, the prohibition of oral divorce, and the call was rejected by Al-Azhar at the time.

It is noteworthy that the National Council for Women also calls for not recognizing oral divorce in its vision presented to the Personal Status Law.

During the launch of the National Human Rights Strategy last September, the president said that he is not biased towards women, "but is trying to give them rights that have been violated for a long time," as he put it.

He added that families in Egypt got used to this violation, stressing at the same time the importance of a real balance between people.

And through social media platforms, the controversy over the new personal status law has increased, based on the vision put forward by the National Council for Women in this regard.

Many social media pioneers saw that the Women's Council's perception of the law violates Islamic law and adopts a secular vision for managing the relationship between spouses, warning of the consequences for the Egyptian family.

My intention is not now to explain that this is outright blasphemy, because it is a change of Sharia, and if you think that I am saying this with extremism and extremism, then go and ask any person whose religion and knowledge you trust, provided that he has freedom of speech and fatwa.

that women marry without a guardian, restrict polygamy, cancel oral divorce and khul’, be irrevocable divorce, and equal testimony between women and men

All of them are corrupt and against the law, and a Muslim who is keen on God’s limits does not accept them. The

demands of the National Council for Women regarding the Personal Status Law, the

most prominent of which are granting women the right to marry without a guardian,

equality between the testimony of women and men,

restricting polygamy with the approval of the judge and the first wife,

You say a statement from the statements of #Kaba Khatib, Jade 😉😂😂😂😵

I was inside telling them I don't want a DVD, I found them, take it with them while they were up above!

These are the demands of the secularists, literally;

the most prominent of which is granting women the right to marry without a guardian..

Learn about the demands of the National Council for Women regarding the Personal Status Law pic.twitter.com/ZLa8vow5u5

I noticed that they want a law like the secular law of Europe, but for the woman alone,

but for the man, the Islamic Sharia law is normal, it is only https://t.co/5qTclGJvk7

While others saw the need to implement the Personal Status Law to save women from the injustice they are subjected to within the marriage system or after divorce.

Imagine the world moving forward, how we are still demanding that the testimony of women be equal to that of men. Feminism is real. In Egypt, it demands human rights, not a feminist idea. https://t.co/B0Eghtszec

- What did you think of her?