Trial of the attacks of November 13: the forgotten of the assault on Saint-Denis

They are “the invisible ones” of this river trial. They were not hit on November 13, 2015, but five days later, on the 18th. They are the inhabitants of the building in Saint-Denis where… 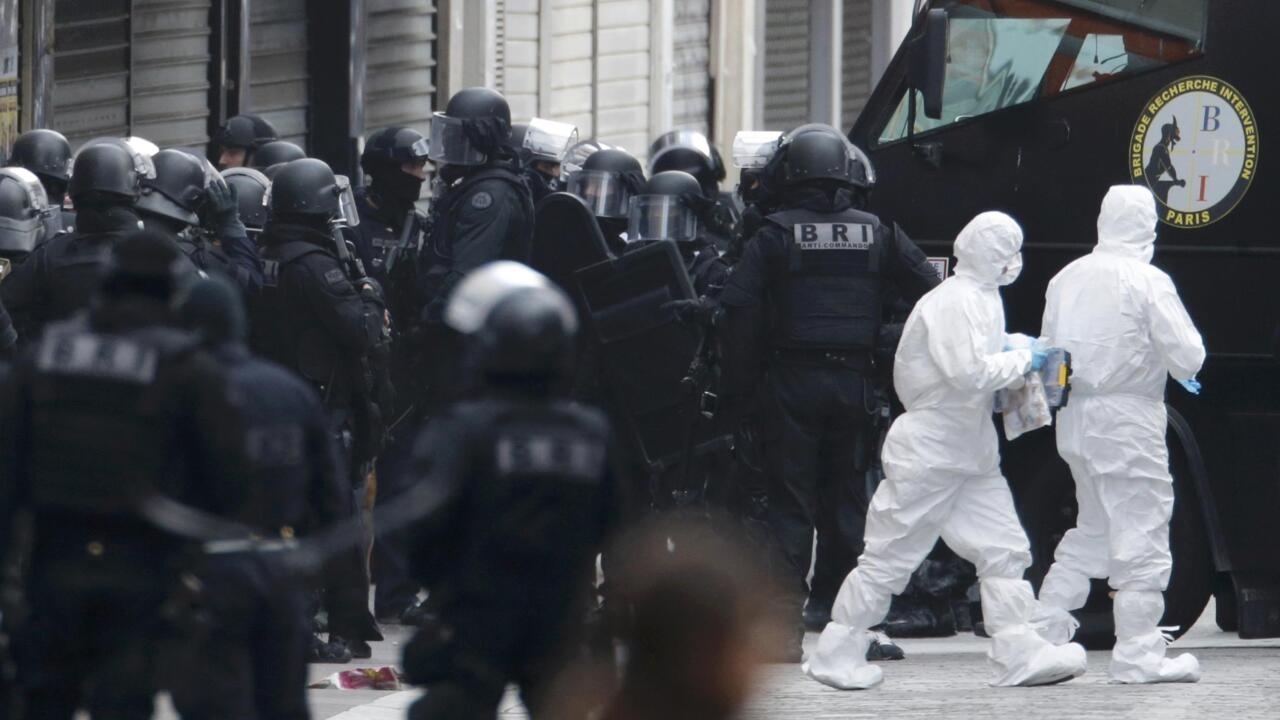 Trial of the attacks of November 13: the forgotten of the assault on Saint-Denis

Members of the special forces of the rapid intervention brigades (BRI) in front and of the Raid in the streets of Saint-Denis, November 18, 2015. REUTERS / Christian Hartmann

They are “the invisible ones” of this river trial.

They were not hit on November 13, 2015, but five days later, on the 18th. They are the inhabitants of the building in Saint-Denis where two of the terrorists, then the most wanted of Europe.

The assault by the police, the shooting that lasted more than 8 hours and the explosion of an explosive belt devastated their homes as much as their lives.

And yet, they have not been officially recognized as victims of terrorism.

An injustice which began to be repaired by giving them the floor, Friday, May 20, before the special assize court in Paris.

The hearing is already well advanced when the families of 48 rue de la République in Saint-Denis appear at the bar.

After two weeks of hearing devoted to the victims, the court is already tested by the harrowing accounts of the survivors and the relatives of the victims of the Stade de France, the Parisian terraces and the Bataclan.

There are very few journalists left in the room to listen to them.

It's true, the armed men, hooded, who brutally landed in their homes on the night of November 17 to 18, 2015, who positioned themselves at their windows to shoot in bursts were not terrorists but police officers.

But the bullets that were fired back were well fired by terrorists.

The belt of explosives that blew up several floors and nearly collapsed the building was indeed a terrorist device.

5000 rounds were fired at 48. We stayed eight hours lying on the ground, unable to move

," says Leandro at the bar, surrounded by his wife and two of his children.

I understand the victims of the Bataclan, of the Belle Equipe, it's hard for them.

But we too have experienced a scene of war.

His family lived in building B, opposite the building occupied by the terrorists.

An ideal shooting window for the Raid police.

When the shooting started, I went to the window to see what was happening.

Luckily I didn't catch a ball

,” says Helena, his wife in a faint voice.

We took refuge in the room, we took everything we could to protect ourselves.

We got under mattresses.

My children were terrified.

I thought we were going to die, and I begged God to take me first

: The trial of the attacks of November 13 from day to day

I experienced the war in my country in 1999

," says a young woman of Serbian origin, her 3.5-year-old daughter in her arms and her 10-year-old son by her side.

I never thought I would experience it again in France

What I ask for myself and my family, and all the tenants in this building, is simply to be treated like everyone else.

Mohamed appears alone at the bar.

He speaks in Arabic, sometimes embellished with a few sentences in French, which an interpreter translates.

His friend Noureddine was shot in the arm by one of the policemen.

The court had heard a few weeks ago the story of the police who led the hunt to find Abdelhamid Abaaoud, the main coordinator of the attack and one of the terrorists of the terraces.

A providential source had led them to this building in Saint-Denis, but the police were afraid to find there, not two men on the run, but a whole cell, armed to the teeth.

Mohamed says they were treated like terrorists, stripped, handcuffed and manhandled by some policemen.

They hit me on the ribs, on the jaw.

I lost consciousness at times.

We are far from terrorism

Have you filed a complaint against these police officers?

Mohamed and Noureddine have never found their belongings, today they live on the street.

When we have the courage to go out, we witness a scene of war

Added to the horror of that night was the injustice of the stigma.

At 48, we were not squatters, prostitutes or dealers as we read in the press

", indignantly a mother of Algerian origin at the helm before detailing her brilliant studies in pharmacy .

," adds Akesia, whose accommodation was in the same courtyard as the terrorists.

I'm ashamed today, I can't find the strength to say that I lived at 48.

A couple then recounts that on November 13 they were on vacation: the horror of the attacks they discovered on television from the Dominican islands.

When they return, the streets are sad and empty.

The news catches up with them brutally when at home too a policeman arrives at 4:40 in the morning and positions himself at their window.

And then the police leave.

When we have the courage to go out, we witness a scene of war.

In the middle of the courtyard there is the body of a terrorist, under a blanket.

No one will come to see us.

Neither the police, nor the fire brigade, nor the psychologists.

We are left alone with this body and our anguish

The families of 48 recount the same paralyzing fears, the same hypervigilance, the same traumas as the victims of November 13.

I consider that we have been sacrificed

Salima she was not there.

After a difficult divorce, she left her apartment in the wealthy 5th arrondissement of Paris to buy an apartment at 48 rue de la République in Saint-Denis.

When you hear people who lost loved ones on November 13, people who were hurt in their flesh, you don't feel legitimate

," she explains at the helm.

But I still have prejudices.

Initially, they were primarily financial and they could have remained so if the State had taken its part.

“Her life also changed after the assault, she was never able to invest in this apartment, but she continues to repay the loan.

And then she became involved with the large family of 48, she, French, executive in the administration, hoped that her voice would be more easily heard than that of these families of foreign origin and from modest backgrounds.

If the terrorists were about to go into a building in the 5th arrondissement of Paris where I lived, we would never have let them.

It is my belief

of an exceptionally large-scale counter-terrorist operation.

I consider that we have been sacrificed.

The people of 48 do not regret that the terrorists have been neutralized, so much the better if this has made it possible to avoid a new attack.

This is the largest explosive belt that has exploded at our place.

We would have deserved empathy, we reaped the feeling of injustice.

“In the neighborhood we are told”

We are Arabs, we are blacks, of course it happens like that.

And the past seven years have proven them right.

We hope that this injustice will be repaired, that we will be reincorporated into the families of the victims.

We are ashamed of the French Republic

Salima is especially worried about children.

The lawyer for the victims of 48, Me Mehana Mouhou too.

In one of the families, for a long time the children dug into the plaster to find a hiding place in case the terrorists came back.

The impact, the trauma, it's there.

There are children who have regressed, who were 6 years old at the time of the assault and 5 years later at 11 years old they were still wetting the bed.

Children who were good students and who are now failing at school.

At the start of the trial, the prosecution considered that the inhabitants of 48 rue de la République in Saint-Denis could not, in the name of the law, be considered victims of terrorism.

President Jean-Louis Périès has postponed his decision, after the verdict scheduled for June 29.

But he accepted while waiting for them to be recognized and heard on a provisional basis.

It was very important

For once we were not excluded, we were with the others.

Me Mouhou hopes that this first step will allow us to go further.

It is a fight for the dignity of human beings.

They lived through a scene of war, they were caught between heavy fire from each other.

When a terrorist's bomb explodes and you're in the building: you're a victim of terrorism.

And so far justice has said no.

We walk on the head.

Frankly sometimes, we are ashamed of the French Republic.

We hope that this assize court will take a big step.

The balance sheet of the anti-terrorist assault in Saint-Denis is now two dead and seven arrests.