The hot episode of these days in May will peak this Saturday with warnings in 11 autonomous communities for abnormally high temperatures and at least 35 degrees in 22... 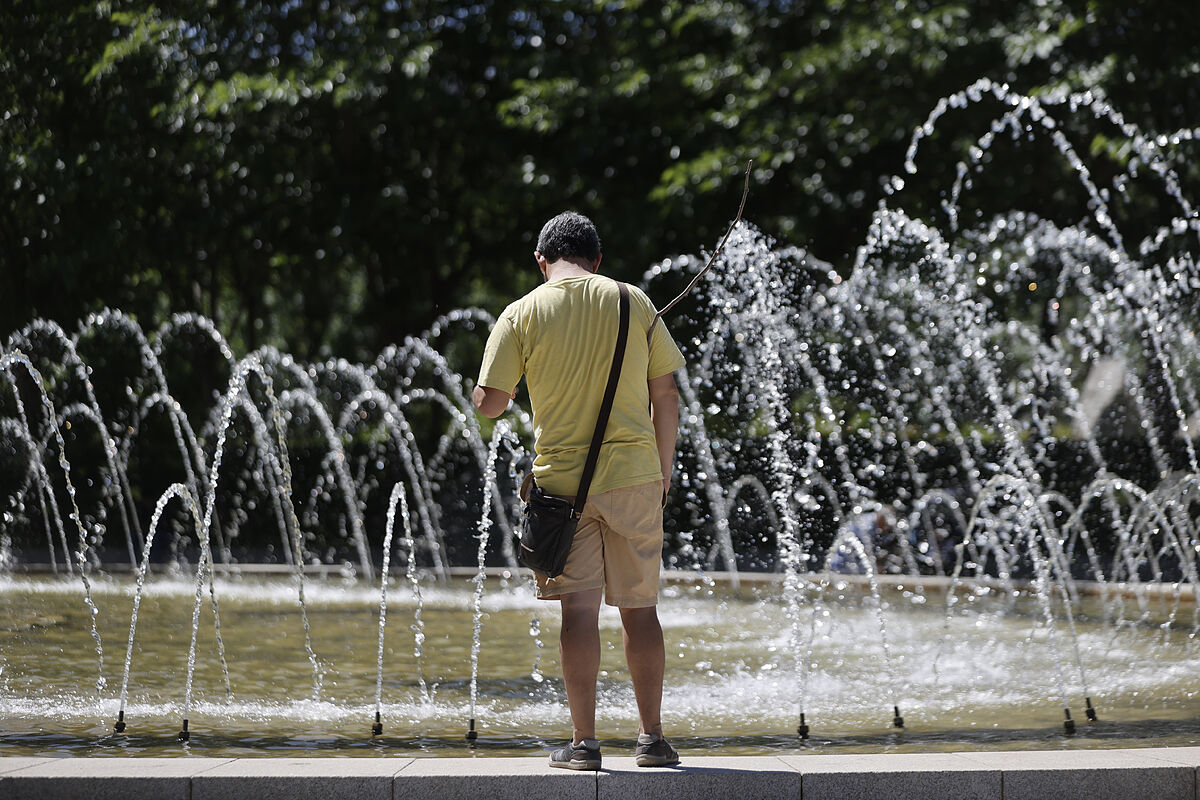 and at least 35 degrees in 22 provincial capitals, with heat in large areas of the

peninsula and the Balearic Islands

, and some storms in the northwest .

The prediction of the

One of them is the center and the southern half of the peninsula, with a yellow warning - risk for outdoor activities - in

(36 degrees in the West and the capital),

(38 in the entire province except the mountains) and

Another covers the northeast of the peninsula, since there is a yellow notice in

(36 in the central depression and 34 in the pre-Pyrenees),

(36 in the central depression and 34 in the Pyrenees),

And the third is located in the northwest of the peninsula, with a yellow notice in

Temperatures will rise quite a bit in

and the Cantabrian area, and somewhat less in the eastern third of the peninsula, and will drop in

There will be more than 35 degrees in the

, the peninsular southwest quadrant and points of the

, as well as some areas of the Bay of

, where summer will be brought forward again.

The hottest capitals will be Córdoba (39ºC);

Instead, a milder environment is expected in A Coruña, Ceuta, Las Palmas de Gran Canaria and Oviedo (24).

On the other hand, the sky will be sunny or will have some high clouds on the eastern side of the peninsula and the Balearic Islands, as well as medium and high cloudy intervals, and some daytime cloudiness in the rest of the peninsula.

showers and storms could appear in Galicia

and the west of the Cantabrian area, without ruling out that they may be locally strong and produce hail.

There is also the possibility of some isolated downpours in the east of the Cantabrian area, the surroundings of the Meseta and mountainous areas of the eastern peninsular third.

There is a possibility of morning fog in the interior of Galicia and Asturias, and coastal fog in the western Cantabrian Sea and the southern Alboran Sea.

The arrival of the air mass of North African origin will cause haze on the Peninsula, less intense in the eastern third, due to the presence of dust in suspension.