The richest man in the world, Elon Musk, visited Brazil on Friday May 20 and had lunch with President Jair Bolsonaro. The entrepreneur promised satellites to monitor the Amazon and… 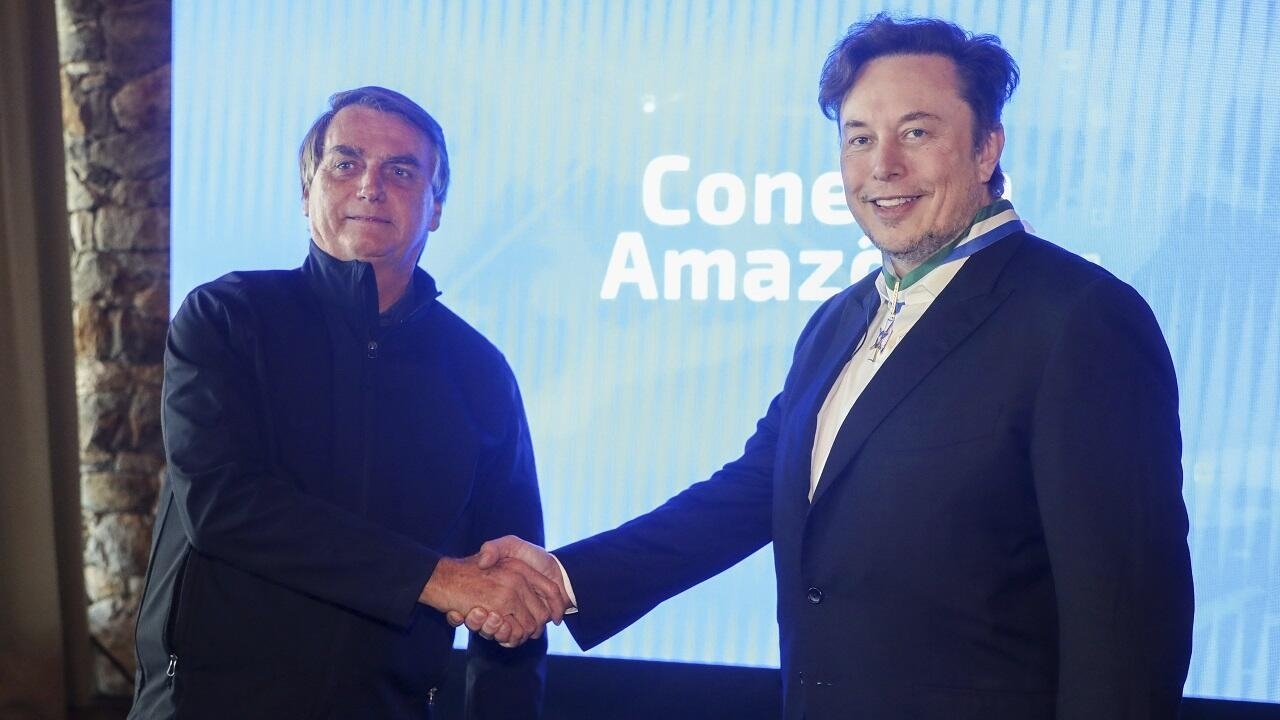 The richest man in the world, Elon Musk, visited Brazil on Friday May 20 and had lunch with President Jair Bolsonaro.

The entrepreneur promised satellites to monitor the Amazon and internet connections for unconnected schools in rural areas far from urban centers.

The Head of State took advantage of this visit to send political messages.

The Brazilian president has never hidden his admiration for the billionaire, boss of the electric car manufacturer Tesla, who has just launched an

► Also to listen: Elon Musk, a billionaire with unlimited ambitions?

I'm super excited to be in Brazil for the launch of Starlink for 19,000 unconnected schools in rural areas and for environmental monitoring in the Amazon

Super excited to be in Brazil for launch of Starlink for 19,000 unconnected schools in rural areas & environmental monitoring of Amazon!

Starlink allows residents of areas poorly served by fixed and mobile networks to have access to high-speed Internet, via thousands of small satellites.

According to the minister, these satellites are equipped with a “

laser system which detects the sound of chainsaws

check whether deforestation is illegal or not

For his part, Jair Bolsonaro is particularly delighted with the agreement to monitor the Amazon from the satellites of Starlink, another company of Elon Musk, reports our correspondent in São Paulo

This will serve to "

, says Jair Bolsonaro, who denies the extent and

show this truth, show that the Amazon is preserved

The Brazilian president also welcomes Elon Musk's desire to buy the social network Twitter and to grant total freedom of expression to Internet users, even if it means giving way to extremist speeches. "

It's a first contact, the beginning of a romantic relationship, I'm sure it will soon lead to a marriage

, ”he said, during a press conference in which Elon Musk did not participate.

During the meeting, in a luxury hotel near São Paulo, in the south-east of the country, the Brazilian president presented the American billionaire with the medal of the Order of Merit for Defense.

But above all, Jair Bolsonaro seized the opportunity to appear alongside the richest man in the world, a photo that is priceless

a few months before the presidential election