After Finland, Russia's "breathing" retaliation or will it expand?

(Financial World) After Finland, Russia's "breathing" revenge or will it expand?   China News Agency, Beijing, May 21 (Reporter Li Xiaoyu) Russia began to cut off natural gas supply to Finland on the 21st. Scholars in Beijing believe that in the future, it is not ruled out that Russia will expand the scope of supply cuts to the whole of Europe.   Finnish state-owned natural gas wholesaler Gasum 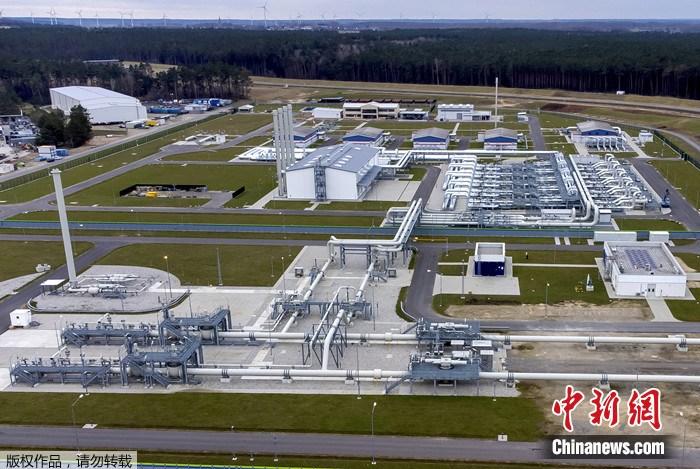 (Financial World) After Finland, Russia's "breathing" revenge or will it expand?

Scholars in Beijing believe that in the future, it is not ruled out that Russia will expand the scope of supply cuts to the whole of Europe.

Finnish state-owned natural gas wholesaler Gasum said in a statement recently that Gazprom has issued a notice to stop gas deliveries to Finland from the morning of May 21.

So far, Finland has become the third country to be cut off from natural gas supply by Russia after Poland and Bulgaria.

In an interview with a reporter from China News Agency, Zhang Hong, a researcher at the Institute of Russian, Eastern Europe and Central Asia of the Chinese Academy of Social Sciences, said that Russia's "death" to Finland this time is a response to Finland's abandonment of its long-term neutral position and its turn to join NATO.

"Russia cannot be indifferent to Finland's phobia, hatred of Russia and related behaviors," Zhang Hong said. At present, most of Russia's forces are involved in the conflict between Russia and Ukraine, and it is unrealistic and unnecessary to retaliate against Finland from a military perspective.

In addition, according to Russian President Vladimir Putin, even if Finland joins NATO, it is not an existential "threat" for Russia, but it will affect the relationship between the two countries.

Combining two factors, Russia chose to retaliate against Finland at the economic level.

However, unlike Poland and Bulgaria, Finland's dependence on Russian natural gas is not high.

Taken together, Russia's natural gas supply accounts for only about 5% of Finland's overall energy mix, and Russia's "cutting off gas" has limited impact on Finland.

In Zhang Hong's view, Russia's recent "breathing" actions against Poland, Bulgaria and Finland, in a sense, are to establish a "new rule" through "differential treatment": countries friendly to Russia can Carry out economic and trade cooperation as normal; otherwise, we must pay a price.

Cui Hongjian, director of the European Institute of the China Institute of International Studies, believes that one of the purposes of Russia's series of "breathing" actions is to maintain the results of the previous ruble settlement order.

Now for the settlement of energy in rubles, forcing European countries to accept it.

Is it possible for Sweden, which joined Finland to join NATO, to be "suffocated" by Russia?

Analysts believe that Sweden mainly buys liquefied natural gas, not pipeline gas, and does not have a close energy trade relationship with Russia.

Therefore, if Russia is to retaliate against Sweden, it is unlikely to resort to "breathing" again.

Russia uses energy as a weapon, and frequently "kills" unfriendly countries, which is also a kind of harm to itself in the long run.

Chen Wenling, chief economist of the China Center for International Economic Exchanges, said that behind the Russia-Ukraine conflict is the US-Russia battle over the European energy market.

If there is no conflict between Russia and Ukraine, and the Beixi No. 2 is successfully completed, Russia's energy exports to Europe, especially the EU, will account for 83% of the European market, and the European market will be basically occupied by Russia.

Therefore, the United States needs to push Russia as a competitor out of the European market by provoking a conflict between Russia and Ukraine.

Under this circumstance, if Russia arbitrarily expands the scope of "breathing", it will undoubtedly hand over the coveted market share.

This is not good for Russia's economy, which is under severe sanctions.

Cui Hongjian believes that if the European Union adopts the sixth round of severe sanctions against Russia in the future and takes new measures on the oil embargo, Russia is likely to "kill the breath" on the whole of Europe.

If the Russian-European energy relationship is completely cut off, as a buyer, the European economy will suffer a heavy blow.

The European Commission recently predicted that the euro zone's economic recovery would come to a near standstill and prices would soar faster than now if Russian gas supplies are severely disrupted.

The Russian economy as a seller will also be affected, but not immediately, but with a buffer period.

Cui Hongjian told reporters that considering that natural gas trade is the "biggest" of Russia's foreign exchange income, Russia's finance and international payments will gradually come under pressure in the future.