Zelensky confirms that Russia has turned Donbass into an inferno, and US steps to supply Ukraine with missiles to break the Russian naval blockade

Ukrainian President Volodymyr Zelensky announced on Friday that Russian forces are increasing pressure in the Donbass region and turning it into a "hell", considering that the huge aid that Washington announced to provide to Kiev constitutes an investment in the security of the West. 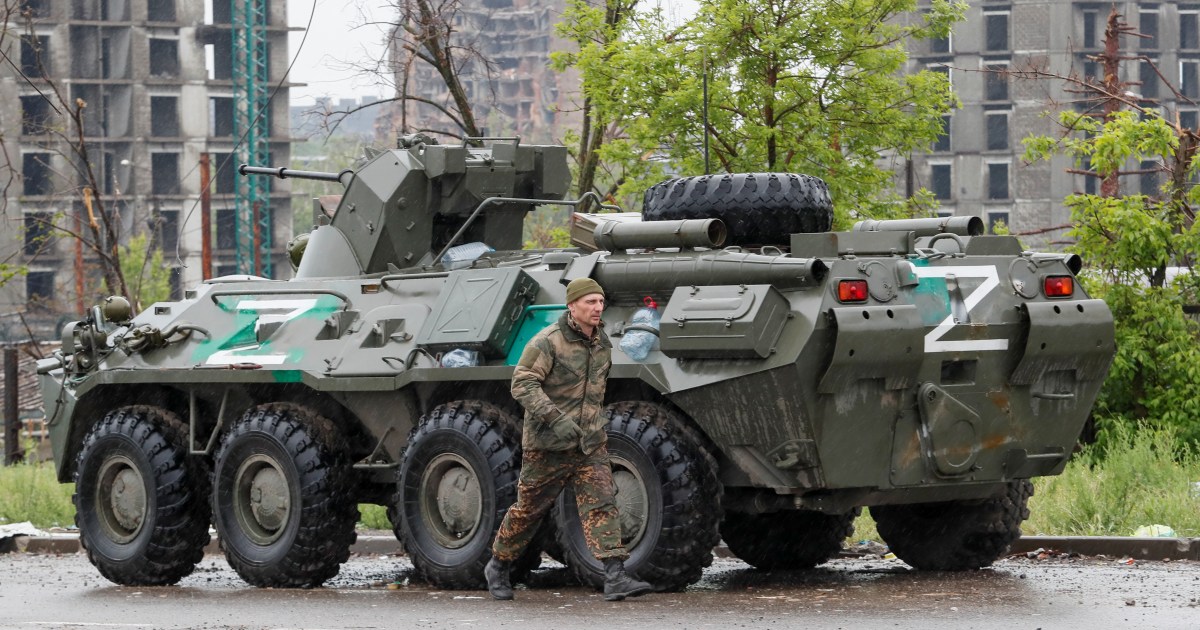 Ukrainian President Volodymyr Zelensky announced Friday that the Russian forces are increasing pressure in the Donbass region and turning it into a "hell", considering on the other hand that the huge aid that Washington announced to provide to Kiev constitutes an investment in the security of the West.

On Thursday, the US Congress approved a massive aid package for Ukraine worth 40 billion dollars to support Ukraine's military efforts against Russia, at a time when the Group of Seven finance ministers began discussing the billions that each country could provide to Kiev.

The new US aid package is supposed to allow Ukraine to provide especially armored vehicles and strengthen its air defense, at a time when Russia is concentrating its efforts in the east and south of the country after its failure to control Kyiv and Kharkiv in the north.

Moscow seeks in particular to control the entire Russian-speaking Donbass region, part of which has been controlled by separatists loyal to it since 2014.

"The Ukrainian armed forces continue to make progress in the liberation of the Kharkiv region. But the occupiers are trying to increase pressure in Donbass. It is hell, and this is not an exaggeration," Zelensky said.

The Russian bombing caused 12 deaths and 40 wounded in Severodonetsk in the Lugansk region (east) on Thursday, according to local governor Sergei Gaidai, who said that most of the bombing hit residential buildings and that the toll could rise.

Severodonetsk and Lysichansk, separated by a river, constitute the last enclave of Ukrainian resistance in the Lugansk region.

Russian soldiers are besieging these two areas, which are subject to continuous bombardment.

Also Thursday, Russian soldiers killed five civilians in the Donetsk region, in the Donbass, according to Governor Pavlo Kirilenko.

Russia announced Thursday that about 800 Ukrainian soldiers who were holed up in the Azovstal steel complex in Mariupol had surrendered during the previous 24 hours, bringing the total number of those who surrendered to 1,730 since Monday.

Moscow published pictures showing groups of men in combat clothing, some on crutches and some in bandages, after a long battle that became a symbol of Ukrainian resistance to the Russian invasion in the southeastern city of Mariupol, 90% of which was destroyed, and at least 20,000 people were killed, according to Kyiv.

Officials said the White House is working to provide Ukraine with advanced anti-ship missiles to help break Russia's naval blockade, amid fears that more powerful weapons that could sink Russian warships could exacerbate the conflict.

Ukraine has announced that it wants more advanced US military capabilities beyond its current stockpile of artillery, Javelin missiles, Stingers and other weapons.

Kyiv's list, for example, includes missiles that could push the Russian navy away from its Black Sea ports, allowing the resumption of the export of grain and other agricultural products around the world.

Current and former US officials and congressional sources have cited obstacles to sending longer-range, more powerful weapons to Ukraine, including the need for long training periods, difficulties in maintaining equipment, or concerns that Russian forces could seize US weapons, as well as a fear of escalation.

But three US officials and two congressional sources said that two types of powerful anti-ship missiles, the Harun made by Boeing and the Naval Strike made by Kongsberg and Raytheon Technologies, are already under consideration, either for direct shipment to Ukraine, or through transportation from a European ally that has the missiles.

In April, Ukrainian President Volodymyr Zelensky appealed to Portugal to provide the Ukrainian army with Harpoon missiles, which have a range of about 300 km.

The British Ministry of Defense said that about 20 ships of the Russian Navy, including submarines, are in the Black Sea area of ​​operations.

Judicial officials in five Western countries that make up the so-called "Five Eyes" alliance announced Thursday that they support measures taken by Ukraine to prosecute war crimes related to Russia's war on Ukraine.

Justice ministers or prosecutors in the United States, the United Kingdom, Australia, Canada and New Zealand said in a statement that they "support" actions taken by Ukrainian Prosecutor General Irina Venediktova aimed at holding to account those responsible for "war crimes committed during the Russian invasion".

Ukraine has opened thousands of war crimes cases that Kyiv says were committed by Russian soldiers since February 24, and the first trial began this week.

"We support the pursuit of justice by Ukraine and through other international investigations, including at the International Criminal Court" and other bodies, judicial officials from the five countries said in their joint statement.

"We together condemn the actions of the Russian government and call on it to stop all violations of international law, stop its illegal invasion, and cooperate in efforts to achieve accountability," they wrote.