The French government and its President Emmanuel Macron should explain why Paris is arming neo-Nazis from the Ukrainian Azov regiment, former military Adrien Boke said. 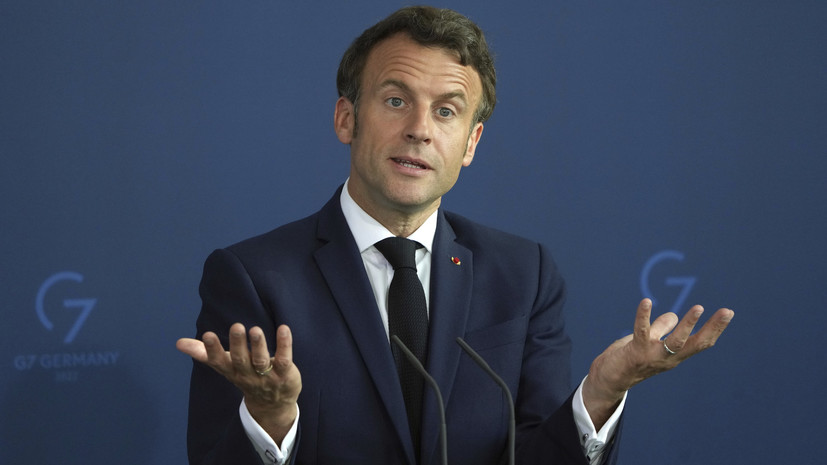 He said this on the air of Sud Radio.

“I want to ask a very simple question and I am speaking to the French government.

How can you explain and how can you justify the fact that the Ukrainian military formation, whose fighters wear the insignia of the SS and the Third Reich, are armed with weapons supplied by France and Europe to Ukraine, ”Boke said, quoted by RIA Novosti.

According to the ex-military, using Western weapons that the Armed Forces of Ukraine received, neo-Nazis from Azov legitimize their position in official Ukrainian structures.

Boke added that the French president personally is aware of the ambiguity of the current situation.

Why doesn't Macron travel to Ukraine?

In my opinion, Macron is beginning to understand that French weapons and French ammunition are falling into the hands of neo-Nazis,” he added.

Adrian Boke previously stated that he witnessed war crimes in Ukraine, which were committed "not by Russian, but by Ukrainian military."

In an interview with Sud Radio, he was indignant at the fact that those who do not know what is really happening there are talking about the situation in Ukraine in Europe.

Boke also said that he saw how Ukrainian militants taunted captured Russians by shooting unarmed people in the knees.