Swedish business leaders are sued - after giant bankruptcy in Australia

The Swedish business leaders Jonas Martin-Löf and Louise Svanberg have been sued in Australia after one of the country's largest school groups collapsed. - I have no interest in talking to you, says Jonas Martin-Löf to Assignment review. 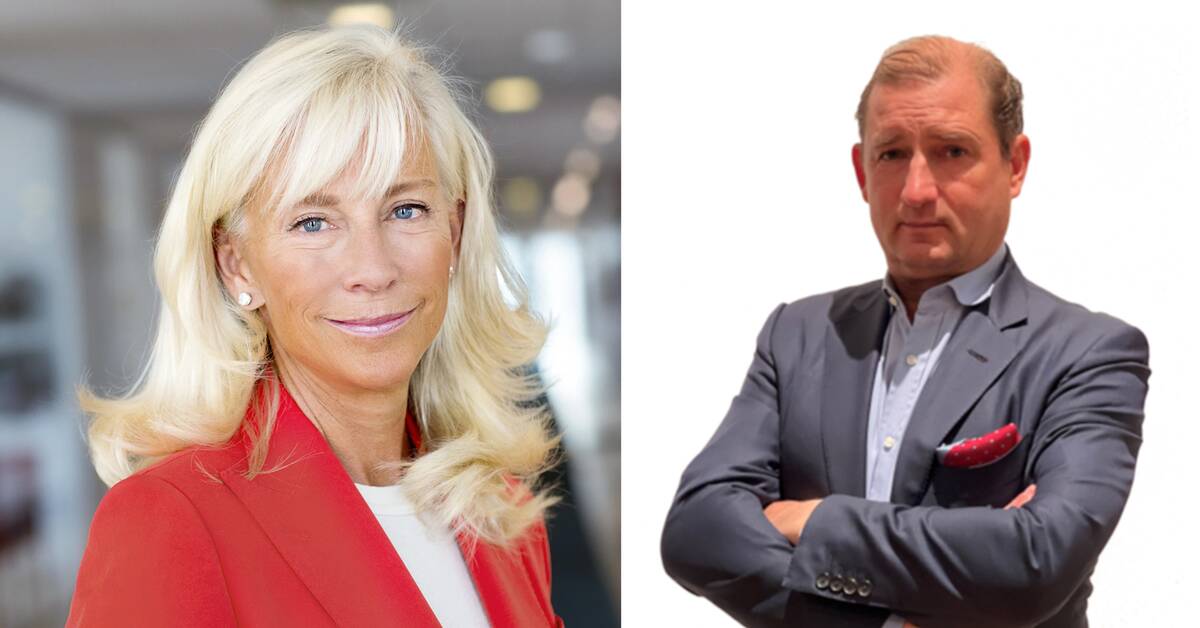 Among other things, Jonas Martin-Löf, son of the bank's former deputy chairman of the board, Sverker Martin-Löf, was reported for money laundering after laundering multi-million sums via Handelsbanken in Luxembourg.

Now both Jonas Martin-Löf and Louise Svanberg have been sued in Australia.

They sat on the board of the CareersAustralia Group with over 1,000 employees and about 20,000 students. The business was focused on vocational training and was mainly financed by state funds.

One of the main owners was the investment fund White Cloud Capital, based in London and a complex company structure in a tax haven, of which Jonas Martin-Löf was one of the founders.

Louise Svanberg, who has a long career behind her in the Swedish-owned education company EF, also joined as a smaller partner in Australia.

The families were close to each other

The Martin-Löf and Svanberg families have been close to each other since before.

Jonas' father Sverker Martin-Löf and Louise's husband Carl-Henric Svanberg had worked together for many years at the top of Swedish listed companies, including Ericsson.

The year before LouiseSvanberg joined CareersAustralia, she was recruited as a board member by the paper giant SCA, where SverkerMartin-Löf then sat as chairman.

At first, the business in the school group seemed to be going well.

The company grew and in December 2015, the owners paid a dividend of the equivalent of SEK 250 million.

Documents from Handelsbanken as Assignment review taken part of can be seen transactions from White Cloud Capital to Jonas Martin-Löfs personal account at Handelsbanken in Luxembourg.

From there, the money was channeled on in smaller, even amounts - a pattern of transactions that the bank later reported to the police as money laundering but was never investigated further.

The menstrual cycle started the problems.

In May 2016, the Australian Competition and Consumer Authority (ACCC) sharply criticized CareersAustralia for using unauthorized marketing and sales practices to recruit new students.

After extensive problems in other school companies as well, the Australian government decided to change the entire funding model for this type of education, which affected the school companies' opportunities to earn money.

"Process is a milestone"

In May 2017, CareersAustralia's financial situation had become so serious that the company went bankrupt with more than SEK 1 billion in debt.

One of the largest creditors was the Australian government, which was also forced to pay compensation to all students who lost their school fees.

Bankruptcy trustee Martin Ford has for a long time examined the cause of the bankruptcy and how the money flowed between the business and the owners.

The task has been to secure as much money as possible for the creditors.

SVT's Assignment review can now report that a lawsuit has been filed against the previous board, including Jonas Martin-Löf and Louise Svanberg, as well as the main owner White Cloud.

The lawsuit is a milestone in a lengthy and complex liquidation process.

After four and a half years of investigation, we have now established that the executives and board members have acted in a way that was contrary to their assignment, which could lead to a recovery of over 70 million Australian dollars, which is equivalent to 480 million kronor, "says Martin Ford in a written comment.

Svanberg: "Nothing more to add"

Investigations show that the owners, before the bankruptcy, tried to save the company by adding new money, sums that exceed what was previously paid in dividends.

Despite this, there is reason to claim damages according to the trustee, who has supported the prominent Australian law firm Gilbert & Tobin and is financed by the Australian Ministry of Justice.

"The norm in connection with bankruptcies in many countries around the world is that it is followed by a legal investigation.

So also in this case.

A civil law legal process has been initiated which is still ongoing which has not yet led to any decisions.

I have nothing more to add in the matter in this situation "writes Louise Svanberg in an email to Assignment review.

- I have no interest in talking to you, says Jonas Martin-Löf.

The lawsuit is apparently the beginning of a long-running dispute in Australia's federal court.