How did the Russian war destroy the Ukrainian economy?

Ukraine is going through an economic shock that could halve its gross domestic product, as well as fund post-war reconstruction. 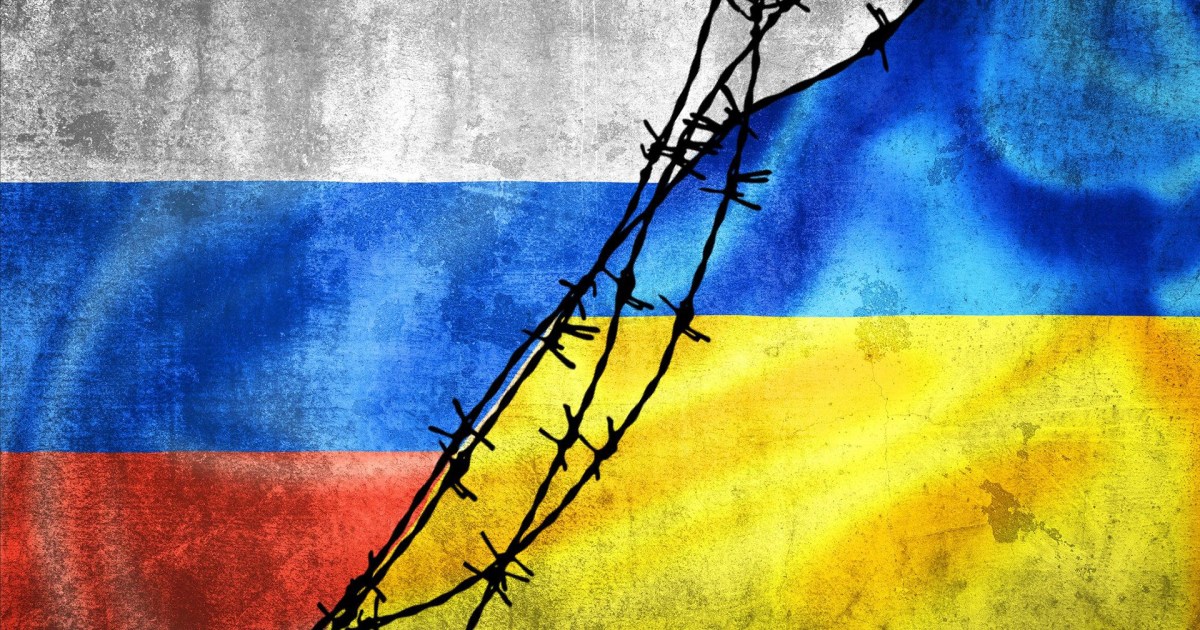 In the face of the Russian war, Ukraine is going through an economic shock that could halve its GDP, as well as fund post-war reconstruction.

In a report published by the French newspaper "La Croix", writer Alain Gilmoles said that the streets are still strangely deserted in the center of the capital, Kyiv, and only a few cafes and restaurants reopen their doors during the day to end their work at seven in the evening, while the monuments are covered. Bags filled with sand.

The two-and-a-half-month war has changed the landscape of Ukraine and dealt a severe blow to its economy.

More than 12 million people have left their homes, 7 million of whom have been displaced to towns and villages in the west of the country, while 5 million have become refugees abroad.

Nearly a quarter of Ukraine's territory was directly affected by the war, and transportation in the rest of the country was disrupted due to the destruction of infrastructure, including bridges and roadblocks, as well as fuel shortages.

The war affected the heart of the Ukrainian economy based on steel production in the major industrial cities in the east. The Azovstal plant in Mariupol was destroyed, and ArcelorMittal production in Kriviu Rih was halted on 3 March.

The agricultural sector was also affected. Before the outbreak of the war, Ukraine exported 12% of world wheat exports, 15% of corn and 50% of sunflower oil, but this trade has practically stopped because Ukrainian ports are in a state of paralysis.

The embargo impedes the trade sector

Mariupol and Berdyansk, on the Sea of ​​Azov, are now subject to Russian forces while Odessa suffers under the Russian navy's blockade of the Black Sea.

We try to compensate by using the train or the road to reach the port of Constanta in Romania, but this is not enough,” says Volodymyr Vakhitov, a professor at the Kyiv School of Economics “because the roads and border crossings to Poland or Romania” Already suffocated" while the price of trucking has tripled.

And last March, about 160,000 tons of grain were shipped out of Ukraine, a tiny amount compared to the million tons recorded per week before the war.

Ukraine has a river port at the mouth of the Danube at Vilkov, but it cannot replace traditional shipping methods, and this pressure on exports is stifling the country's economy.

Russian bombing has targeted factories, power plants and airports, and the estimated cost of rebuilding infrastructure destroyed by eight weeks of war has reached €80 billion, according to an assessment from the Kyiv National Economic College.

Despite these obstacles, warehouses for shops have not been emptied, there are no blackouts in the country, and trains are running normally.

The country has not collapsed, but it may face major difficulties within a few months.

The decline in gross domestic product is expected to continue from 35% to 45% this year, according to World Bank estimates.

If Ukraine can resist and hold out, it is thanks to the support of its allies.

"We have a budget deficit of 3-4 billion dollars a month due to lower tax revenues and increased spending," said Evgeny Dogobris, an economist who worked for the National Bank of Ukraine.

Ukraine has received direct financial assistance from the United States, the European Union and the International Monetary Fund, which now allows it to make ends meet.

The state has also called on its citizens abroad to support it via a crowdfunding platform, and this diaspora plays an important role and, before the war, already guaranteed foreign exchange inflows equal to 12% of annual GDP.

Thanks to this support, the hariva (the national currency) has remained stable, and the foreign exchange reserves of the National Bank are sufficient to cover more than 4 months of imports.

To maintain this stability, the state limited capital outflows by imposing import controls and preventing companies from paying dividends to their parent companies abroad.

On Thursday, the Group of Seven major industrialized nations agreed to provide Ukraine $18.4 billion to meet its commitments in support that Prime Minister Denis Shmyal said would accelerate his country's victory over Russia, as important as "the weapons you provide."

For her part, US Treasury Secretary Janet Yellen told reporters at the Group of Seven finance ministers meeting in Germany, "The message is that we stand behind Ukraine. Together, we will bring together the resources they need to be able to get through this."

"The support of partners will accelerate the pace of our victory, despite Russia's efforts to destroy our economy, together we will win," Shmyhal wrote earlier yesterday on Twitter.

As the war continues, President Volodymyr Zelensky does not hesitate to anticipate what will happen next. He has promised his citizens to rebuild everything that was destroyed, and he is already calling for war reparations to be paid to Ukraine by Russia according to the model that prevailed after Iraq's invasion of Kuwait in 1990.

In fact, this may be complicated, as Kuwait received the equivalent of 49 billion euros from Iraq under a UN Security Council resolution.

In contrast, Russia has a veto in this major UN forum which reduces Ukraine's chances of winning its cause using the same mechanism.