For the first time, they enter the Lebanese parliament.. What are the challenges and problems facing the "change" deputies?

The victory of figures from the forces emanating from civil society - at least 12 parliamentary seats - represented a development that Lebanon is experiencing for the first time in elections that took place under exceptional circumstances. What are the challenges facing the work of these representatives in Parliament? 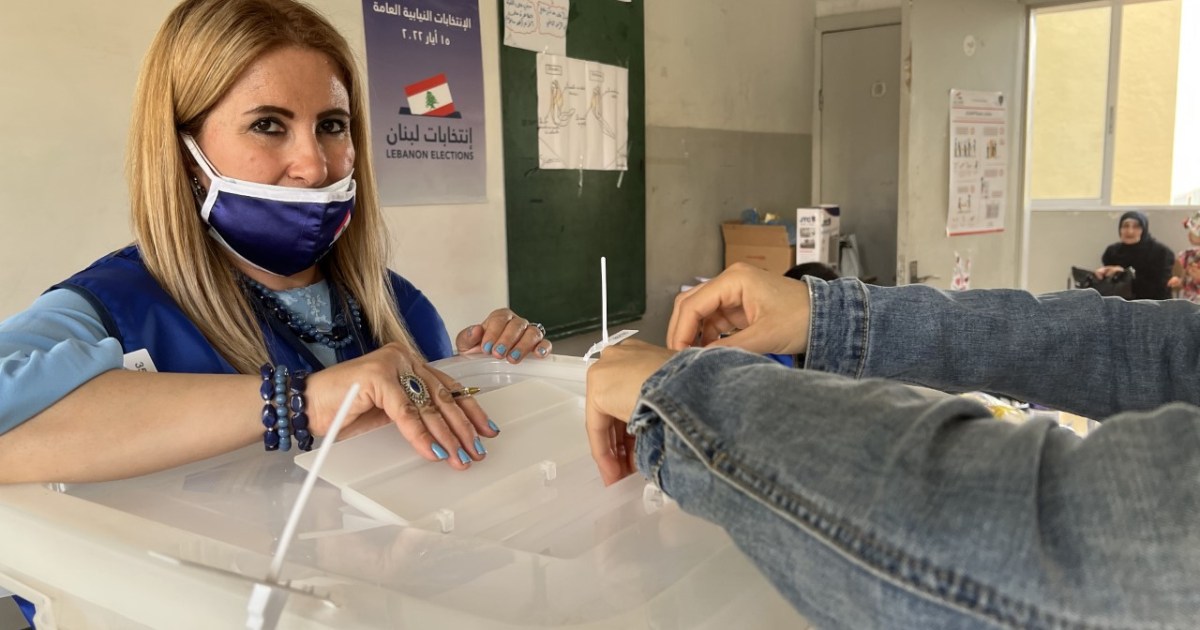 The victory of figures from the forces emanating from civil society - at least 12 parliamentary seats - represented a development that Lebanon is experiencing for the first time in elections that took place under exceptional circumstances.

There were many names for these newly arrived forces, among those who called them the “revolution” forces after the movement of October 17, 2019, or the “change” or “opposition” forces, knowing that their victory was not achieved within the framework of a coordinated coalition or within a unified programme.

Therefore, many challenges stand before their political future, the first of which is the test of their ability to cohesion in a unified bloc against the bloc of Hezbollah and its allies, the Lebanese Forces Party and its allies, in addition to other independent representatives.

The questions, according to analysts, revolve around their ability to influence the Lebanese system, and how they approach various political, civil, economic and regional files, because they do not all come from homogeneous backgrounds and ideologies.

These deputies entered the elections under 60 "change" forces lists, out of 103 lists.

It was remarkable the nature of the violations they recorded in difficult and complex circles, given their political, sectarian and partisan considerations.

For example, in the third district of the South, in which the two parties of Hezbollah and the Amal movement are concentrated, the “Together for Change” list managed to win two parliamentary seats, one for the elected representative of the Orthodox seat, Elias Jarada, and the second for the Druze seat of the elected representative, Firas Hamdan (35 years). He is the youngest member of parliament, who was wounded in the chest in a demonstration in front of Parliament following the explosion of the Port of Beirut on August 4, 2020, and was able to win instead of the duo's candidate, the Lebanese banker Marwan Khair El-Din.

In a previous interview with Al Jazeera Net, the academic Ali Murad, who was a candidate on this list, said, "Our goal is to achieve a historic achievement in the face of the duo and to break the exclusivity of their representation in the south."

In Beirut's second district - where the "Future Movement" and its leader Saad Hariri were present - the "Beirut Change" list managed to win 3 seats, out of 11 seats, a battle that many described as fierce as a result of the struggle to attract Sunni votes after Hariri's absence.

Prior to the elections, the elected representative of the Sunni seat, Ibrahim Mneimneh, told Al Jazeera Net, "We seek to break the monolithic representation of the sect in the absence of Hariri, and to give an indication to the people of Beirut that relying on one leader is a great danger to them."

In the fourth district of Mount Lebanon (Chouf Aley), in which the Druze community is concentrated and the leader of the Progressive Socialist Party, Walid Jumblatt, the "Unity for Change" list managed to win 3 out of 13 seats.

Here, the elected representative of the Druze seat, Mark Daou, says that their list's candidates worked on a large-scale youth base, and its balance doubled after the October 17 movement, "until a network of activists grew parallel to the bases of some parties that insisted on ignoring our presence in the mountain."

This department recorded the fall of leaders and representatives for the first time from Hezbollah's allies, such as former Druze MPs Wiam Wahhab and Prince Talal Arslan.

Marc Daou is an academic and political activist who was prominent in the October movement.

He explains to Al-Jazeera Net that he is seeking, with others, "to form a joint bloc among the change deputies, because our plan is a rescue, through legislative work towards the independence of the judiciary."

However, how will you deal with the expected benefits from the election of a speaker to parliament to the formation of a government and the presidential elections?

Daw answers, "With regard to the parliament presidency, our ability to influence the choice is very limited in light of the duo's adherence to his candidate, Nabih Berri, and they are unable to choose the identity of a new president to avoid a clash, but we will seek to push for change in this issue."

In terms of forming a government, "we will have our influence and our candidate, and we seek to push for the formation of a government of independents, and we will not participate in it if it is a political government of traditional forces."

Daw denies the possibility that Hezbollah and the forces will seek to attract members of them to their ranks.

Nevertheless, he affirms that "Hezbollah's arms file is on its agenda with its new allies, and it seeks to present it within the institutions in a transparent manner, as there is no solution to Lebanon without a comprehensive political, economic and security solution, and it is not possible to return to the equation of the nineties on the basis that arms and war are something and economy is something." else".

In parallel, the elected deputy in the second Bekaa constituency for the Sunni seat Yassin Yassin on the "Our Sahel and the Mountain" list says that their victory is "a victory for the legitimacy of the October 17 uprising, after the authority wanted to dispel it and violate it with sectarian and political strife to suppress people from demanding their most basic rights."

In the second Bekaa, the presence of traditional parties, led by the Future Movement and the Progressive Socialist Party, and influential Sunni and Christian figures loyal to Hezbollah, is evident in it. For the first time, the former Deputy Speaker of Parliament, Elie Ferzli, fell on the list supported by the Amal Movement and the Free Patriotic Movement.

Yassin is a businessman and investor, who indicates - in his speech to Al Jazeera Net - that their entry into Parliament is "to stand in the face of the system of corruption that impoverished the Lebanese and their emigration, and our address is the October Revolution and the adoption of legislative laws that establish accountability."

"We want to build the state outside the political and sectarian alignments, and limit the legitimacy of arms to the Lebanese army," he says.

And he stresses his efforts to form a united bloc, "although we have not yet presented all of our views at one table."

The Lebanese researcher and professor of political sciences at the American University of Paris Ziad Majed believes that the victory of these representatives can be placed in a context of "a broad objection that sees the authority as responsible for the economic collapse and political crises, rejects serious reforms, and pressured the judiciary to prevent the investigation of the crime of the Beirut Port explosion."

The researcher believes - in an interview with Al Jazeera Net - that what they have in common is the characteristics of voting for them rather than programs, visions and backgrounds.

Meaning that "all of them won opposition votes, and they were a high percentage of the young generation, which exposes the issue of the voting age in the electoral law, and the need to reduce it from 21 years to 18 years."

In addition, a segment of those who voted for them "just wanted to register an objectionable position against the traditional parties that dominate their regions and control Lebanon since the election of the first parliament (1992) after the civil war."

What is common among these representatives, and not all of them, is that some of them hold ideas that transcend politics and the economy, and are related to the organization of society, private and public liberties, feminist issues, personal status laws and environmental issues, all of which were absent from the debate in the official political frameworks for decades.

However, the researcher rules out that they will be able to consolidate their ranks and cohesion in the long term in the face of the blocs and battles of the traditional parties.

"I do not think that they hold the same political visions and positions regarding the expected benefits," he said, suggesting that different currents or trends regarding the economy and societal issues such as civil marriage, women's rights and special freedoms will emerge in their ranks.

It is expected that there will be no homogeneity among them regarding the position of banks and how to distribute losses and negotiations with the International Monetary Fund and the World Bank, in addition to the position on the influence of Hezbollah and its weapons, which are thorny issues that have a strong impact on the Lebanese;

While they may "agree on legal amendments related to the judiciary or administrative decentralization, for example, which are files whose goals are difficult to achieve easily."

The researcher believes that their behavior in the medium term will show their readiness and ability to form a solid core, test their parliamentary work model, and the extent of their resilience in the face of attempts to attract them to engage in corruption and the lineups that entrants to the regime in Lebanon usually drown in.

Accordingly, Lebanon, in the opinion of Ziad Majed, is facing a new political scene in which there are no decisive majorities for anyone, but rather moving according to each file.

However, "Hezbollah is still the strongest for several reasons, including the breadth of its alliances, its weapons, and its mobilizing ability. While other sects' political representation in Parliament is not limited to one party, which raises the problems of the sectarian system and its repercussions on the government and the Lebanese."