Moscow: Half of Gazprom's clients have opened accounts in rubles... and the Russian currency is rising

Moscow reported that half of Gazprom's foreign clients acquiesced in Putin's request to open accounts in the Russian currency, while the Russian ruble rose against the dollar and headed for a 5-year high against the euro. 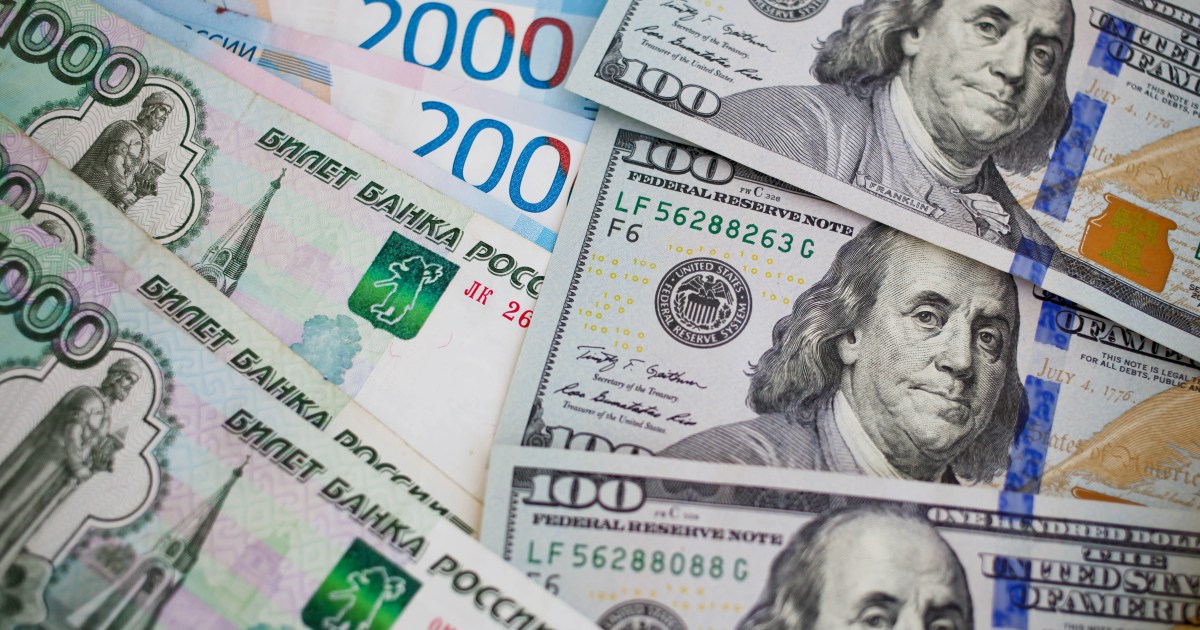 Russian Deputy Prime Minister Alexander Novak reported that about half of Gazprom's foreign clients acquiesced to the request of Russian President Vladimir Putin to open accounts with "Gazprom Bank".

The shift in measures follows a request by Putin in March that foreign buyers should open accounts in rubles and foreign currency at the bank to make payments for natural gas.

But European companies fear that doing so could violate sanctions imposed on Russia after its war on Ukraine.

"I think we have about 54 companies that have contracts with Gazpromexport... According to the data I have, about half of them have already opened special accounts in our authorized bank, accounts in foreign currency and rubles," Novak said, today, Thursday, at an event in Moscow.

Novak, who is also Russia's chief energy official, did not announce the names of companies or countries that acquiesced in the new payment mechanism, saying only that some of Gazprom's most important customers have either paid for the shipments or are already willing to pay on time, avoiding supply cuts.

The ruble is going up

In the meantime, the ruble is heading to a 5-year high against the euro as some gas buyers in Europe seek to meet Moscow's demand to pay in the Russian currency, and the Russian ruble also rose against the dollar near a 30-month high.

The Russian currency increased by 3.6% to 62.42 rubles against the US dollar, during Thursday's trading.

The ruble ended yesterday's trading session, up 0.24% against the green currency to 63.445 rubles.

The appreciation of the Russian ruble is also supported by capital controls, as well as approaching tax payment dates that usually require additional foreign exchange conversion into the ruble to meet domestic obligations by Russian export-dependent companies.

The ruble has become the best performing currency this year despite a severe economic crisis, with it being artificially bolstered by restrictions Russia imposed in late February to protect its financial sector after it sent tens of thousands of soldiers to Ukraine.

Yellen: US law does not allow confiscation of Russian assets

US Treasury Secretary Janet Yellen said US law does not allow the US to seize frozen assets of the Russian Central Bank to help rebuild post-war Ukraine.

This came ahead of a meeting of the finance ministers of the Group of Seven major industrialized countries in Germany, in which she indicated that Washington and its allies had frozen about $300 billion in assets of the Russian Central Bank.

The Group of Seven is looking at ways to finance the reconstruction of Ukraine and whether frozen Russian assets can be used.

The US Secretary said that her country is looking forward to Russia contributing to paying part of the cost of the reconstruction.

Russia's losses from the war on Ukraine

Official economic data in Russia showed that the country's economic growth slowed in the first quarter of this year on an annual basis.

The Russian Federal Statistics Authority "Rostat" said that the gross domestic product recorded a growth of 3.5 percent, after rising by 5 percent in the fourth quarter of last year.

Experts expect growth in the first quarter to be the last for the Russian economy this year, after it was hit by Western sanctions due to the war on Ukraine.

Russian presidential advisor Maxim Oreshkin also said today, Thursday, that the Russian economy will shrink by no more than 5% this year, providing more optimistic forecasts than those provided by the Ministry of Economy.

The Russian Economy Ministry forecast this week that the economy will contract by 7.8% in 2022.

It had said earlier that it expected a contraction of more than 12%, which would have been the largest contraction since the collapse of the Soviet Union.

For his part, an analysis of the American financial services group Citi said that the Ukrainian war is costing Russia about 250-300 million dollars a day.

And the "Bloomberg" news agency quoted Citi analyst Ivan Takharov as saying in a report that the additional costs incurred by Russia due to the military operations amounted to approximately 594 billion rubles ($9.6 billion).