Joe Biden, the American president, will meet his counterpart Yoon Suk-yeol, the new South Korean head of state in Seoul this Friday, May 20. The two men, both proponents of strengthening the alliance… 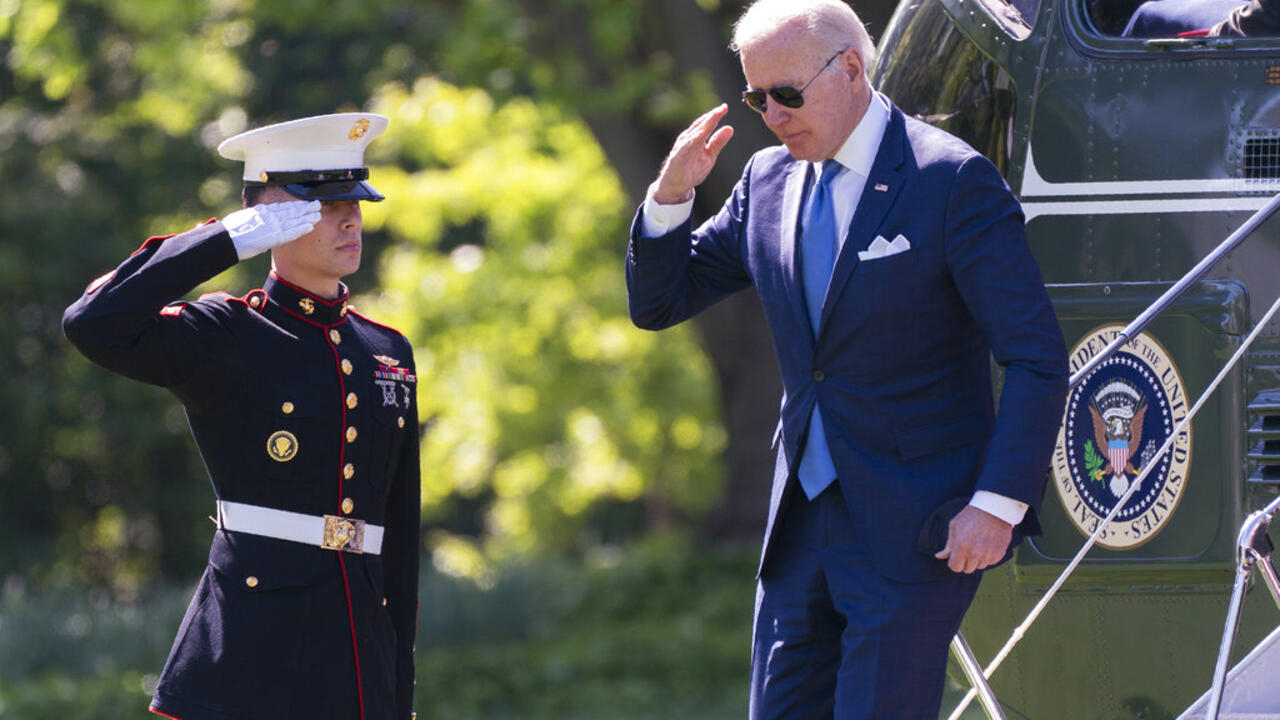 Joe Biden, the American president, will meet his counterpart Yoon Suk-yeol, the new South Korean head of state in Seoul this Friday, May 20.

The two men, both supporters of strengthening the alliance between their respective countries, should have a busy agenda: economic security, particularly in the key semiconductor sector, competition with China, but above all the security of the Korean peninsula. .

With sixteen missile tests since the start of the year and the prospect of a 7th nuclear test, the North Korean neighbor, in the midst of the Covid-19 crisis, should be at the heart of the discussions.

The question of the security of the Korean peninsula could be the common thread of Joe Biden's visit to South Korea this Friday, May 20.

On the thorny North Korean issue, we can expect

a joint declaration stressing the need to "

" and to do everything for the "

denuclearization of the peninsula

", formulas often used by the two camps to address the North Korean issue.

On the South Korean side, the goal would be to obtain assurances that the United States will strengthen its extensive deterrence against the North.

We should be far from the extravagances of the

Trump era with the “

at the DMZ, nevertheless Joe Biden would have planned to visit the demilitarized zone on the border with the North.

A program that depends greatly on the actions of Pyongyang, while Jake Sullivan, the national security adviser to the White House, assured that it was possible that North Korea carried out an intercontinental ballistic missile test, either before, or during the visit of the American president to the Korean peninsula.

Pyongyang has also completed preparations for a nuclear test and is waiting for the best time to carry it out, a South Korean lawmaker said Thursday, on the eve of the US president's visit to Seoul.

Despite the recent wave of Covid-19 in North Korea, "

Such an action would dramatically underscore the deadlock on the North Korean issue since the collapse of talks between Trump and Kim Jong-un in Hanoi in 2019. The Biden administration has repeatedly offered meetings without conditions, but it would seem that Pyongyang wants to obtain a concrete offer, because the North Koreans continue their provocations without ever responding to the American offers.

Biden does not forget the economy and China

It is in this context that

who has just taken office as president, has been trying for several days to engage in dialogue around possible humanitarian aid as the North faces a large epidemic wave.

Biden's arrival could be an opportunity to renew a wide delivery offer of vaccines, masks or medical equipment.

But this possible intercontinental ballistic missile test will certainly mean the end of the slim hope of dialogue remaining between the Biden administration and Kim Jong-un and would overshadow the other topics of the summit.

Because on the American side, this trip to Asia is above all an opportunity to talk about the economy.

The United States project can be summed up in four letters, IPEF, the acronym

for the Indo-Pacific Economic Framework

This American initiative aims to create a place of discussion, a forum between the various powers of the region to solve the current problems of supply chain, in particular in the key sector of the semiconductors.

Several market players such as SH Hynix or Samsung Electronics are in South Korea and moreover Joe Biden should visit the Samsung factory during his visit.

The US initiative also aims to limit China's influence.

And despite strong criticism from Beijing, the Yoon administration is expected to formalize South Korea's participation in the first IPEF summit to be held in Japan just after the US president's visit to the peninsula.