After the Indian wheat embargo, the World Bank tries to prevent famines

On the markets, the price of wheat soared again after India announced an embargo on its exports. The World Bank says it is ready to release twelve billion dollars to... 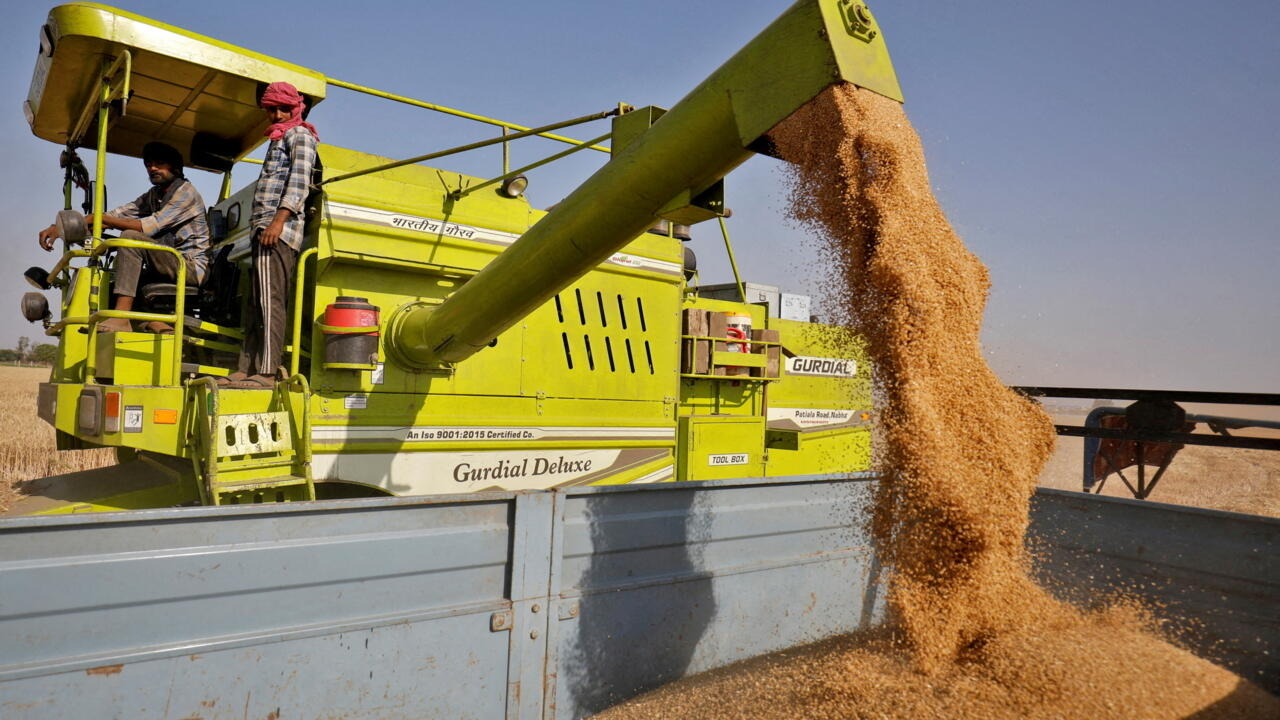 After the Indian wheat embargo, the World Bank tries to prevent famines

On the markets, the price of wheat soared again after India announced an embargo on its exports.

The World Bank says it is ready to release twelve billion dollars to deal with the serious food crisis that is looming.

The war in Ukraine brings closer every day a world shortage of the cereal.

The country accounted for 12-13% of the world's total wheat export.

However, the prospects are not good.

According to the latest monthly report from the US Department of Agriculture, Ukrainian production will be cut by a third by 2022.

This drop cannot be compensated, because a severe drought is raging in several major producing countries.

France, a major exporter of soft wheat, has thus lowered its yield forecasts for the next harvest.

This fall in world production causes a drop in world stocks and revives the specter of famine in poor countries.

This is the reason why

India has just suspended its exports

Summer came much earlier than expected, which caused a decline in winter wheat harvests, about 10 million tonnes less compared to last year

," said Pronab Sen, former chief statistician of the India and Country Director of the India Program of the International Growth Center.

Pronab Sen: "an embargo for food security as well as that of the government" - Jelena Tomic

Patrice Burger, president of the NGO Center for International Action and Achievement (CARI), is worried about the consequences of the Indian embargo: "

India's reaction is certainly the first of a series of countries that hold stocks or have production capacities and decide to make national priorities.

This reaction was quite predictable.

This is why we are fighting for the revision of food systems towards an agricultural transition that goes towards more local production, more local consumption, and that we are not systematically dependent on massive international transport, an uncontrolled international speculation, the decision of countries which refuse or which do not refuse to export.

So all of this needs to be thoroughly reviewed.

As soon as there are crises, it is to be expected that whole countries will be put in default, which is going to happen now in countries like Egypt,

such as Iraq or certain Sahelian countries.

But the situation that is happening today, it must simply be said: it was foreseeable;

at one time or another, it was likely to happen.

Last year, nearly 200 million people in 53 countries around the world were in a situation of food insecurity.

A figure that should increase significantly this year with the rise in cereal and fertilizer prices.

It is with this risk in mind that the World Bank, following the IMF and international development agencies, is reorienting its priorities towards food security.

The World Bank wants to put twelve billion dollars on the table in the next fifteen months.

The resources will go in priority and in majority to the countries of Africa, the Middle East, Eastern Europe, Central and South Asia, the most threatened.

For the UN agency, it is a question of helping the farmers of the countries concerned to work, that is to say to buy fertilizers and seeds, as well as to increase the cultivated areas to compensate for the absence of Russian, Ukrainian and Indian cereals.