Ukrainian forces are said to have knocked out one of Russia's most advanced tanks with the help of a Swedish-made grenade launcher, reports The Globe and Mail. At the same time, there is information that an armored shot that Sweden donated to Ukraine is said to have caused an accident in Russian Mytishchi outside Moscow. 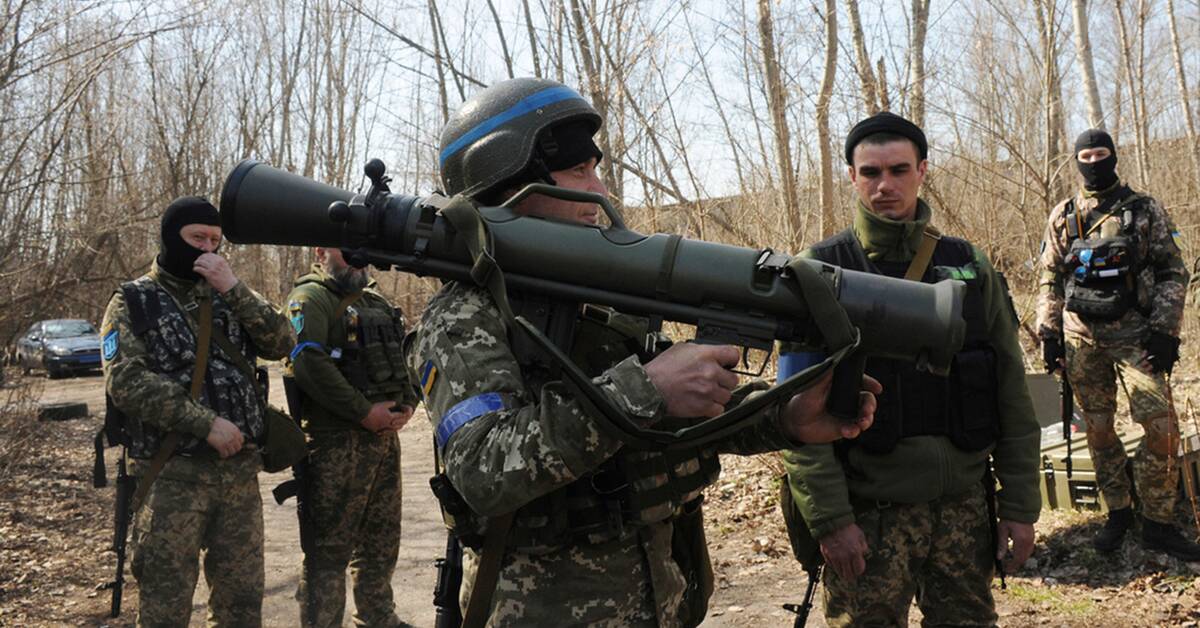 The Canadian newspaper's correspondent in Ukraine has set out in search of concrete effects of what the weapons that Canada has donated to Ukraine have meant on the battlefield.

In the village of Staryj Saltiv in eastern Ukraine, journalists found the tracks of a vehicle convoy consisting of five civilian cars, which, according to Ukrainian forces, were shelled by Russia on 5 May.

Eight people must then have been killed.

Attacked with a grenade launcher

About a kilometer from the site, the Russian forces that attacked the convoy themselves must have been knocked out, with the help of Canadian grenade launchers - Swedish-made Carl Gustaf.

The wreckage of a Russian T-90M, one of Russia's most modern tanks, is lying there, according to the envoys.

Canada announced in late February that it was donating 100 grenade launchers, along with 2,000 grenades.

Roman Hrystenko, colonel and commander of Kharkiv's defense forces, says that the tank was destroyed with a Carl Gustaf and that everyone on board was killed.

A shatterproof troop transport vehicle must also have been destroyed.

- We can confirm that we effectively use all equipment that you send.

It is not wasted, says Hrystenko to The Globe and Mail.

Educated in a quarter

Carl Gustaf is a recoilless anti-tank weapon which, unlike the armor shots, is rechargeable.

The weapon is designed to be used at relatively short distances, and is manufactured by Saab Bofors in Karlskoga, according to the Swedish Armed Forces.

Hrystchenko says that it is unique that the Swedish weapon knocked out such an advanced tank, but that many other Russian armored vehicles were destroyed with the help of the Canadian weapons.

The only thing he wants is more of them, because according to him the forces are now forced to be frugal with the use.

Give me 15 minutes and I can explain to anyone how to fire one and do it effectively, says Hrystjenko.

Information: Swedish parking shot in an accident in Russia

At the same time, there is information that an armored shot that Sweden donated to Ukraine is said to have caused an accident in Russian Mytishchi outside Moscow.

According to British Metro, which refers to local media, the weapon has recently exploded in the trunk of a car, and blown away parts of the vehicle.

Two people are said to have been injured in the accident and the weapon is believed to have come from the Donbass region of Ukraine, where someone picked it up - perhaps as a souvenir or to resell.