US-Israeli discussions on the assassination of Shireen Abu Akleh, and the Palestinian presidency confirms that Israel does not care about international condemnations

The Palestinian presidency confirmed that, by assassinating Shireen and attacking her funeral, Israel proved that it does not care about international condemnations, while US officials are expected to discuss the assassination with the Israeli Defense Minister. 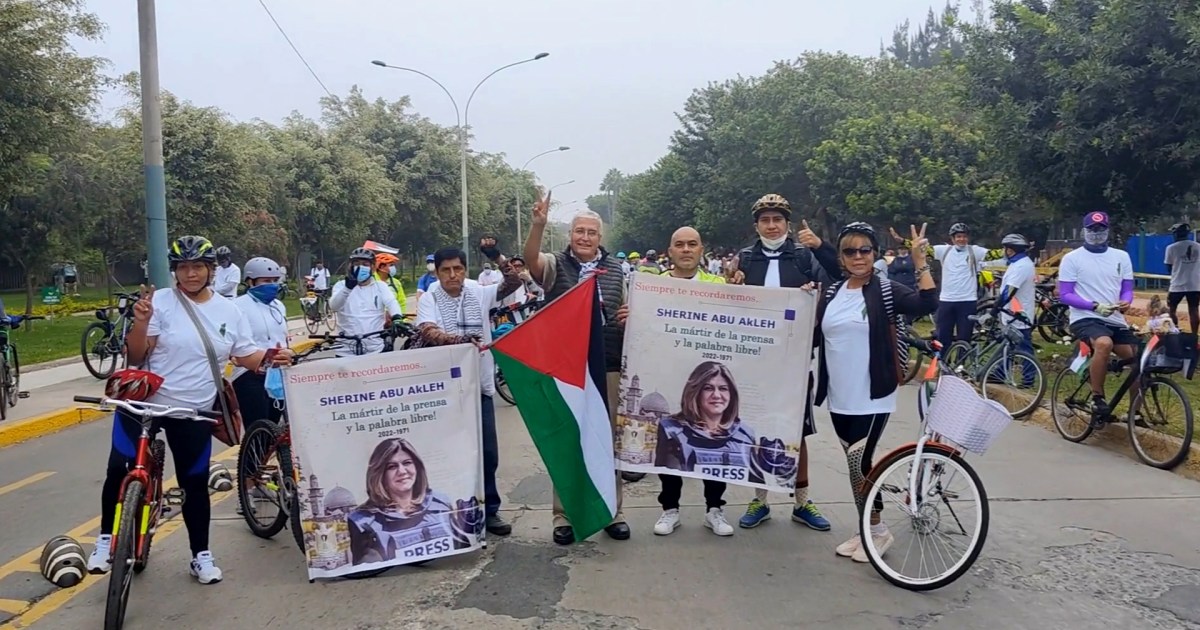 The Palestinian presidency confirmed that Israel, by assassinating Shireen Abu Aqleh and attacking her funeral, proved that it does not care about international condemnations, while US officials are expected to discuss with Israeli Defense Minister Benny Gantz about the assassination.

It is expected that Israeli Defense Minister Benny Gantz will arrive in the United States today, where he will meet with US National Security Adviser Jake Sullivan and Defense Minister Lloyd Austin.

Discussions top the circumstances of the assassination of colleague Shireen Abu Aqleh and the Israeli police forces' suppression of her funeral in occupied Jerusalem.

The Israeli radio had confirmed that US officials are asking the Israeli government for clarifications about the behavior of their forces in the Abu Akila case.

In the same context, the Pakistani Minister of State for Foreign Affairs, Hanna Rabbani Kahr, called for the trial and punishment of the killers of colleague Shireen Abu Aqla, and the Pakistani minister considered that the assassination of Shirin revived the world's sense of the priority of achieving justice and not impunity, as Shirin's work was very strong, and the same was the case when she was killed, according to her .

In the American capital, Washington, activists and solidarity activists organized a vigil in front of the headquarters of the National Press Club to light candles in honor of the spirit of colleague Sherine Abu Akleh.

Palestinian and Arab organizations called for this event, in which banners and slogans were raised calling for justice and accountability for the killers of Shireen Abu Akleh.

This event is part of a series of vigils in several American cities condemning the assassination of Sherine and emphasizing the achievement of justice and holding the killers accountable, coinciding with the seventy-fourth anniversary of the Nakba Day.

10 members of Congress are calling for an investigation

Earlier, US Representative Rashida Tlaib said that at least 10 members of Congress had signed a letter calling on the US authorities to investigate the killing of Al-Jazeera correspondent in Palestine, Sherine Abu Akleh, while French President Emmanuel Macron renewed his call for Israel to expedite the investigation into the assassination of Abu Akleh. .

The US legislator from the Democratic Party added that it was "unprecedented that members of Congress raise their voices to condemn what happened," referring to the assassination of Shirin Abu Aqleh last Wednesday while she was preparing to cover the storming of the Jenin refugee camp in the northern West Bank by the occupation forces.

Rashida Tlaib, who is of Palestinian origin, explained in an interview with Al Jazeera that people who commit war crimes cannot be allowed to investigate themselves, in reference to the Israeli authorities, and called on the Democratic Representative to link US aid to Israel with the latter's respect for human rights.

A source in the US Congress confirmed to Al-Jazeera the circulation of a message calling on the Federal Bureau of Investigation (FBI) and the State Department to investigate the assassination of Shireen Abu Akleh.

The US news website, The Intercept, reported on Monday, quoting informed sources, that two Democratic lawmakers in Congress are seeking to obtain the signatures of lawmakers on a letter calling on the FBI and the US State Department to investigate the assassination of Shireen Abu Akleh.