A team of scientists has stated that increased outdoor air pollution and lead poisoning are responsible for nearly nine million deaths annually since 2015, undermining modest progress in addressing pollution around the world. According to the scientists' analysis of global death rates data, 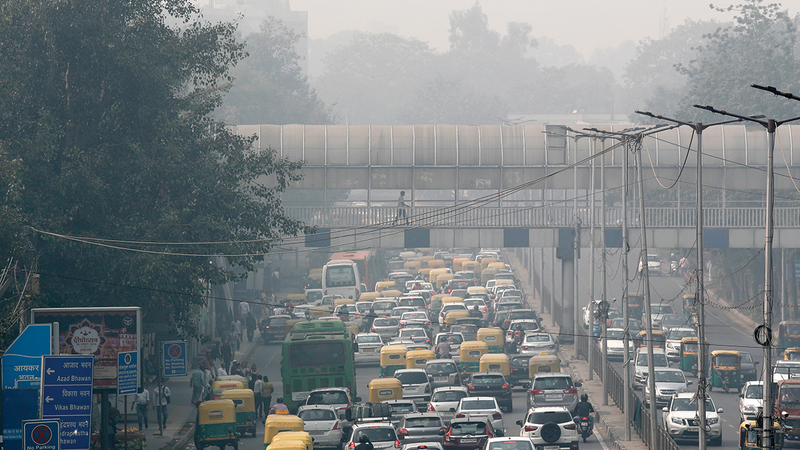 Increased outdoor air pollution and lead poisoning have been responsible for nearly nine million deaths annually since 2015, undermining modest progress in tackling pollution around the world, a team of scientists said.

According to scientists' analysis of data on global death rates and pollution levels, air pollution from industrial processes and urbanization contributed to a 7% increase in pollution-related deaths between 2015 and 2019.

In contrast to climate change, malaria and HIV, "we don't focus so much on environmental pollution," said Richard Fuller, co-author of the study and president of the global non-profit Pure Earth.

Estimates in a previous version of the study, published in 2017, showed that the death toll due to pollution amounted to about nine million annually, or one out of every six cases worldwide.

The costs to the global economy have also increased to 4.6 trillion annually.

In the recent study, published online in Lancet Planetary Health, researchers analyzed 2019 data from a study conducted by the University of Washington, which studies exposure to pollution and calculates the risk of death resulting from it.

The researchers concluded that deaths related to conventional pollutants have decreased globally, but remain a major problem in Africa and some other developing countries.

The data adjusted to calculate the impact of pollution revealed that polluted water, soil and unpurified indoor air were factors that made Chad, Central African Republic and Niger the countries with the most pollution-related deaths.

Government programs to reduce indoor air pollution and improve public health have contributed to lowering the death toll elsewhere. In Ethiopia and Nigeria, these efforts have reduced pollution-related deaths by two-thirds between 2000 and 2019.

Deaths from exposure to modern pollutants such as heavy metals, agrochemicals and fossil fuel emissions are "a significant increase", up 66% since 2000, said Rachel Koepka, executive director of the Global Alliance for Health and Pollution Control in New York and co-author of the study.

The researchers said that some large capitals have had some success in combating outdoor air pollution, including Bangkok, Beijing and Mexico City, but in smaller cities pollution levels are still high.

The study compiled a list of the 10 countries with the highest reporting of pollution-related deaths, based on the results adjusted for pollution calculation.

• Polluted water, soil, and unclean indoor air are factors that make Chad, Central African Republic and Niger the countries with the most pollution-related deaths.