One death every 48 seconds... a new catastrophic famine in East African countries

Oxfam International and "Save the Children" for humanitarian aid called for urgent action to address the starvation crisis, which they described as catastrophic in East Africa, noting that one person dies of starvation every 48 seconds. 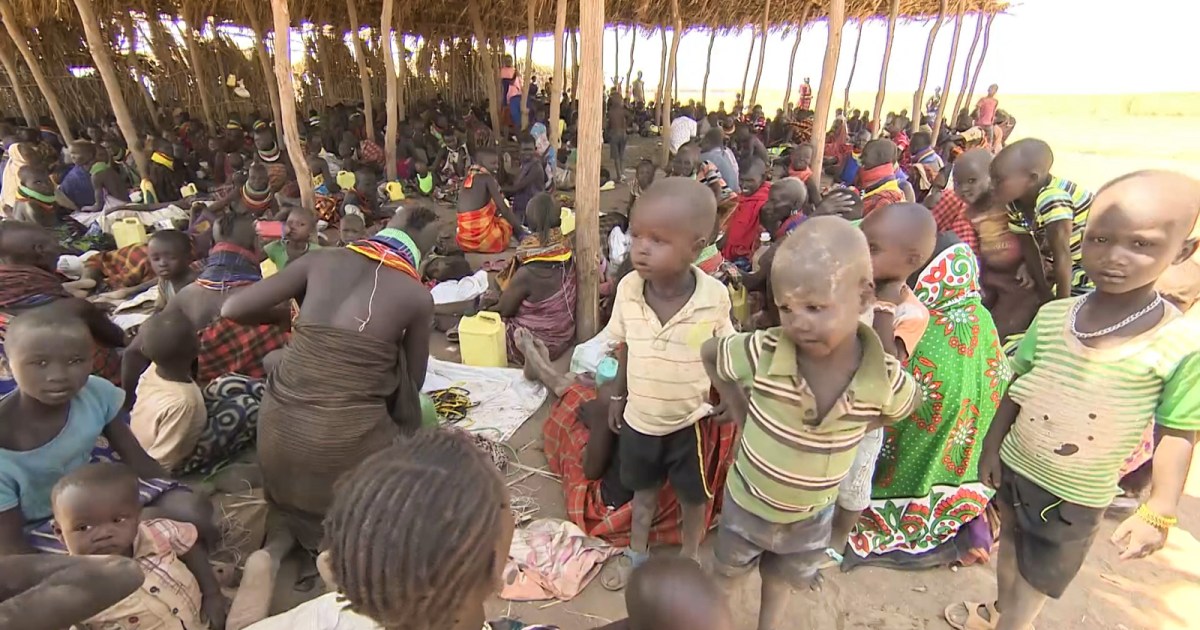 Oxfam International and "Save the Children" for humanitarian aid called for urgent action to address the starvation crisis, which they described as catastrophic in East Africa, noting that one person dies of starvation every 48 seconds.

In a joint statement, the two organizations said that hunger "highlights the world's repeated failure to stave off preventable disasters", and that drought-stricken Ethiopia, Kenya and Somalia are once again facing a large-scale catastrophe, with millions of people in the three countries facing severe hunger.

They explained that the number of people suffering from extreme hunger in the three countries has more than doubled since last year, from more than 10 million to more than 23 million today, and that this comes against the background of debt that has more than tripled in less than a decade, from $20.7 billion in 2012 to $65.3 billion by 2020, which led to the absorption of these countries' resources from public services and social protection.

Hunger is a political failure

The two organizations said that despite the growing warning signs over time, world leaders responded too late and too little, leaving millions of people facing catastrophic starvation.

The two organizations appealed to the leaders of the seven major industrialized countries and Western countries to help save lives now by pumping money immediately to meet the United Nations' appeal for $ 4.4 billion in funding for Kenya, Ethiopia and Somalia, and to ensure that the funding is flexible enough to be used where it is needed most.

They said rich "climate polluters" countries should pay East Africa for their climate losses and damage, and they should also cancel 2021-2022 debts to those countries in order to free up resources to support people to mitigate and adapt to climate shocks.

The two organizations drew attention to the fact that working early to stave off hunger not only saves lives, but also prevents economic losses. The US Agency for International Development estimates that every dollar invested in early response and resilience in Somalia saves $3 by preventing losses in income and livestock.

The two organizations' statement criticized the Group of Seven and other rich countries for turning their attention inward and reneging on their promised aid to poor countries, pushing them to the brink of bankruptcy due to debt.

He also criticized East African governments for being late in responding, often refusing to acknowledge the scale of the crisis, and not investing enough in agriculture or social protection systems to help people better deal with the causes of hunger, including climatic and economic shocks.

The report highlighted the continued failure of donors and aid agencies to prioritize local organizations at the forefront of the crisis response, slowing the response even when they were ready to act.

The statement quoted Save the Children's regional spokesman for Eastern and Southern Africa, Chaco Kigala, as saying that 5.7 million children are suffering from severe acute malnutrition.

“The situation is devastating, with both people and livestock at risk of dying, and deaths of children, pregnant mothers and the elderly have been reported in some parts of Kenya’s Marsabit and Samburu counties, if not The urgent intervention is being made now and we may see more deaths."

The statement also stated that people are starving, not because the world lacks food or money "but because of a dismal lack of political courage," adding that rich countries have succeeded in raising more than $16 billion in one month to tackle the terrible crisis in Ukraine, pumping more than $16 trillion in response to COVID-19 to support those in need.

Boucher said the international community can mobilize resources to prevent human suffering, but only if it chooses to do so.