Erik Urano: "I see urban music kids that the only thing that has changed is the factory screws for the songs"

Valladolid, 1986. From Monday to Friday Erik Urano works in a special education school, but later he becomes the ‘hip hopero’ sharper around here. A) Yes... 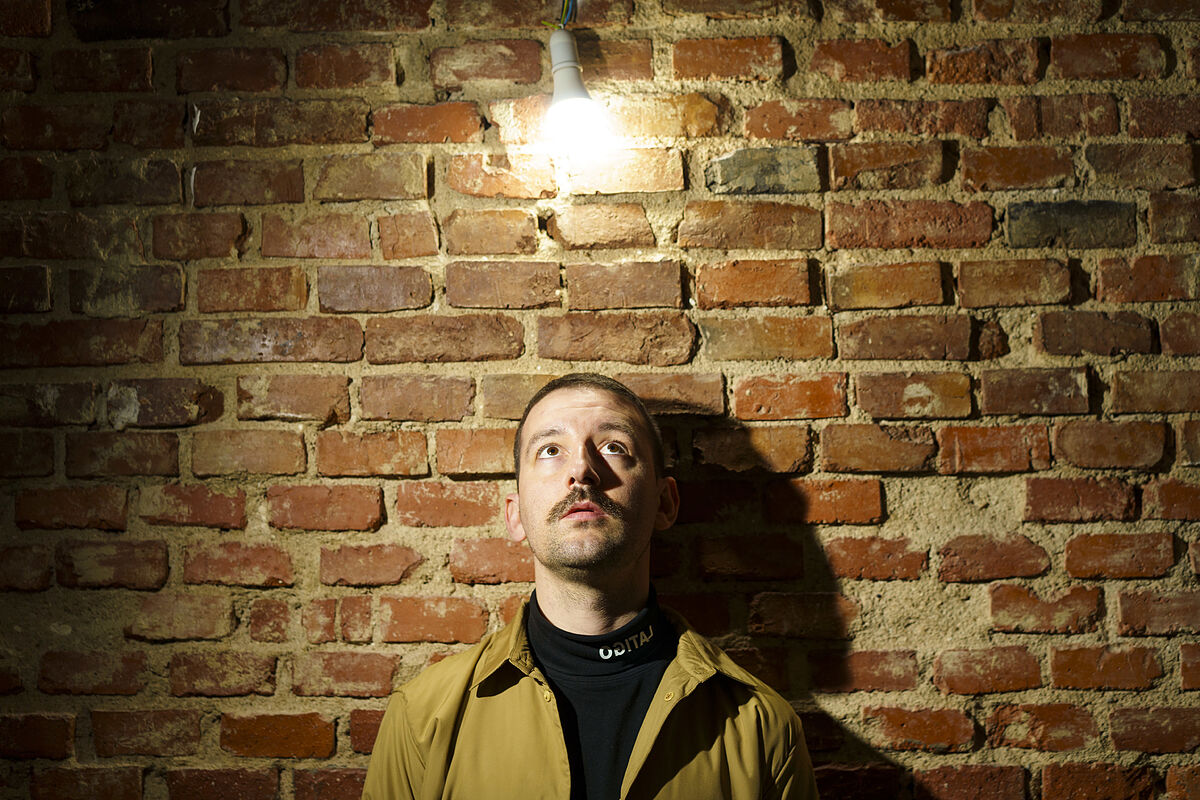 Valladolid, 1986. From Monday to Friday,

works in a special education school, but later he becomes the sharpest 'hip hopper' around here.

This is demonstrated in 'Qubits', an album made together with producer Merca Bae and which will take him to festivals such as Bilbao BBK Live (July 9) or Brillante de Chapinería (September 18).

'Qubits' talks about 'big data' and technological nightmares, but it's not exactly a dystopia.

Part of a reading of a present that is perhaps a little pessimistic, within that comfort in which we all are, but with hope.

That is to say, critical, but not doomed or victimized.

I am not at all technophobic and I think that technology will always give us much more than it takes away from us.

Like drugs or anything else, it is a neutral issue that depends solely on how we use it.

What technology has mainly given us is comfort and progress.

Are musicians in the hands of the tech giants?

The most toxic thing about streaming platforms is the determinism they lead us to.

For an economic question: the more strength a multinational has, the more it will be able to push certain topics for certain lists.

That creates a current that everyone goes through that makes the figures of the same people fatter.

Perhaps before it was a matter of putting more money into promotion in a magazine or on television and now with algorithms it is much easier to manage all that mess.

Personally, what puts me off the most is that I open Spotify and it seems that I have infinite possibilities and in the end that determinism leads me to go through practically the same things.

And what's worse: not discovering many new things that I'll probably be missing.

Is it bad for the creative ecosystem?

An artistic inbreeding is created that is super dangerous.

And in music I see it a lot.

People who make themselves known with super interesting proposals and on the margins, in urban music for example, end up forced to do the same standard reggaeton as the rest in order to position themselves and stay with their business or with their active professional life.

It ends up being created with an excess of stock of certain genres or artistic currents.

And of course, it ends up 'peando'.

Would you say that Rosalía has had to give up being her to succeed?

Identity, detail and depth, which is what they leave behind, is what is being lost.

I'm not saying this for her, because she probably has time to develop it and more privilege in creating it than others.

But I see kids from urban music that the only thing that has changed is the screws of the factory for making songs, but they end up in the same move of someone upstairs telling them: "Come on, come on, come on".

It's the same as when the political situation gets really bad: even if you don't want to censor yourself, there is self-censorship from the subconscious.

And with this the same thing: any path of experimentation or personal exploration is canceled because you have to be aware of the 'engagement' and the 'likes'.

How would you define your approach to the themes of 'Qubits'?

My vision is like that of haikus or aphorisms.

An economy of language in which, despite the fact that there are several 'inputs', everything is more or less placed and it is the receiver who has just closed the drawing.

How is this economy of language manifested?

I have a very Castilian way of rapping, all in the same constant tone.

We have that foot in what would be experimental electronics, deconstructed.

But then, with the final packaging, there is a more coherent product, accessible, perhaps not so uncomfortable to listen to.

It has that reactionary touch that deep Castilla has, which can't be missing, but I don't think it's much more remarkable than in many other places where there are apparently more colorful people on the street, but then the people are just as gray inside.

Perhaps when the slope is favorable, the protesting flame is lost?

It may end up reducing a bit the critical spirit of the people and the desire to set fire.

What place does politics occupy in your music?

I have always tried to run away from the pamphlet roll.

For that there is already a newspaper or a newscast or a political party.

And I have always tried to have a kind of zenithal vision, detached and objective.

And, in the end, my criticism of my reality goes through me.

I have tried not to fall into propaganda or have an explicit political position.

How do you see anarchism?

I am more for improving the present than for turning it around in a very imposed way.

I have one more mentality of collectivizing improvements and trying to polish and improve what we have, that there is much to change.

I also don't believe in the nihilistic vision of everything to hell and the board is mine, I turn it over and you have to play as I say.

What is the space of the individual in times of collectivization?

Somehow, the internet has allowed us to maintain that individuality but at the same time feel part of the collective.

Before, a person who closed himself too much as an individual, alienated from society, would be much more disconnected from reality.

But technology can give you wings to maintain that space of internal freedom, at the same time that you can be aware of other groups, even belong to them, maintaining that small plot.

What artistic footprint has the pandemic left?

Art with so much pretension has always given me an absolute laziness.

In a pandemic it ended up becoming an obligation to create.

And I think that art created under obligation or with any type of pretension is very likely that, far from fulfilling the objectives with which it was born, it ends up doomed to failure.

How has it been after the pandemic?

In this liquid modernity everything goes so fast that what comes replaces what came before and practically right now I almost don't even have the feeling of having gone through this whole period.

And in the end this frenetic rhythm in which we see each other, for better and for worse, makes when you're inside it seem that you're stuck in eternity at that moment.

But at the moment that passes another event will come, like a Third World War and will annul the previous thing.

When you want to make yourself the victim of what has happened to you, something else will come along that will relocate you.

What has it been like growing up between crises?

I'm from '86. I've lived through a first stage of splendor of brick: kids my age who at 16 were offered to go to work on the construction site because they were going to earn 1,200 bucks.

And we may have started from a previous comfort, but when that comfort is lost, the host is much bigger.

My parents, for example, started from a more hostile and inaccessible environment, obviously worse than mine, but at least they have seen that they have been improving in life.

And the opposite has happened to us: having grown up with sights set on many goals that seemed to be within reach.

And then reality has been separating you from them.

And the following generations?

Those who caught the 2008 crisis... I don't know what the hell they can be blamed for, because from the beginning they have seen their parents in a terrible economic situation, with horrible working conditions.

Nothing can be blamed on them at all.