Analyst Scott Ritter: Biden "did a favor" to Russia by freeing it from the trap of the Western economy

American President Joe Biden "did a favor" to his Russian colleague Vladimir Putin by "cutting off" Russia from the Western economy at the initiative of Washington - after that, the West will not be able to "dictate conditions to Moscow" in matters of national security, according to an American military analyst, a former employee of the Naval Intelligence Service. US Infantry Scott Ritter. 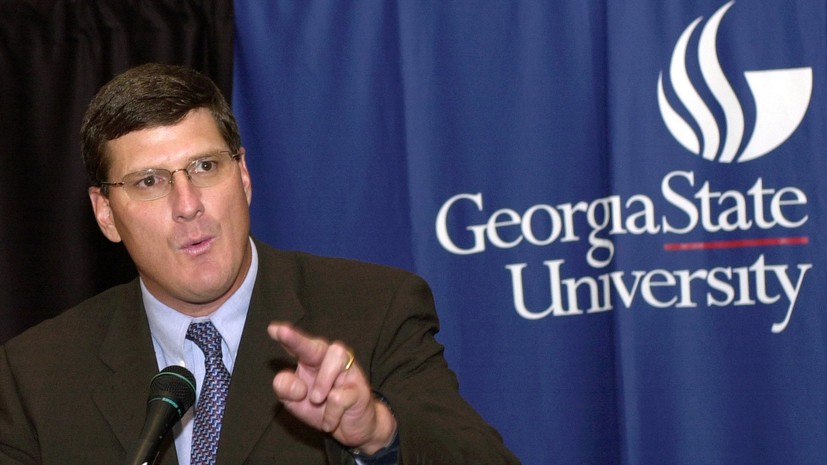 The expert recalled the meeting between Biden and Putin in Geneva in June 2021, at which the American president threatened to “fall on Russia with the most terrible sanctions.”

“He threatened that the US would hurt Russia, and Putin heard, he understood.

Putin heard everything, he returned to Moscow and said: “If we visit Ukraine, sanctions await us.

And they got ready,” Ritter said.

He continued, "And now American brainlessness is on the scene."

The analyst told how, after the collapse of the USSR, Russia became "tightly tied" to the Western economy "and you can't break it."

“If Putin said that we need to cut ties with the West, he would lose the support of voters,” Ritter explained.

Along with this, there are other political groups that need the West, "do not sit idle," said the former US military.

In his opinion, the oligarchs "blinded" by ex-president Boris Yeltsin at first "rooted into the country's economy."

First, he messed up everything he was going to do.

Thanks to this, Putin was able to prepare.

) did exactly as he was talking - he cut off Russia economically from the Western market, ”said Ritter.

He drew attention to the fact that it was the United States that cut off Russia from the West.

“What else have we done?

We robbed the accounts of their oligarchs.

Guess who doesn't have a penny anymore?

Do you think they have any power without money?.. The US did Putin a huge favor.

We gave him such power that it’s hard to imagine, because he was trapped in the Western economy that entangled Russia, and now that’s it, this is a gap that plays into his hands, ”said the analyst.

Ritter also offered to look at the actions of the United States authorities and their desire to “bring down the ruble” and “bring down the securities” of Russia from the point of view of protecting human rights.

“But, fortunately for the Russians, Biden told Putin everything in advance.

Will you rob our wealth fund, which is placed in dollars, in euros in your banks and which we need to work with Western markets?

Thank you, because now I can protect the ruble, ”said the American analyst.

In his opinion, the Russian side in this case gets the opportunity to "destroy the petrodollar", while Russia "has been buying up gold for 20 years in a row."

“Do you know who is not well now?

Because the US has promised something they can't deliver: oil, gas and coal... But we don't have any plan.

If they cut themselves off from Russia, their economies will simply collapse,” Scott Ritter said.

He noted that if you go to a Russian supermarket, "there are no empty shelves."

“Go to a German supermarket.

That's where the empty shelves are, ”concluded the analyst.

The Russian Foreign Ministry said earlier that the consequences of the West's hybrid war against Russia will be felt by all countries.