Aksyonov spoke about the tourist season in the Crimea

The head of Crimea, Sergei Aksyonov, in an interview with RT, spoke about the situation with the upcoming tourist season on the peninsula. 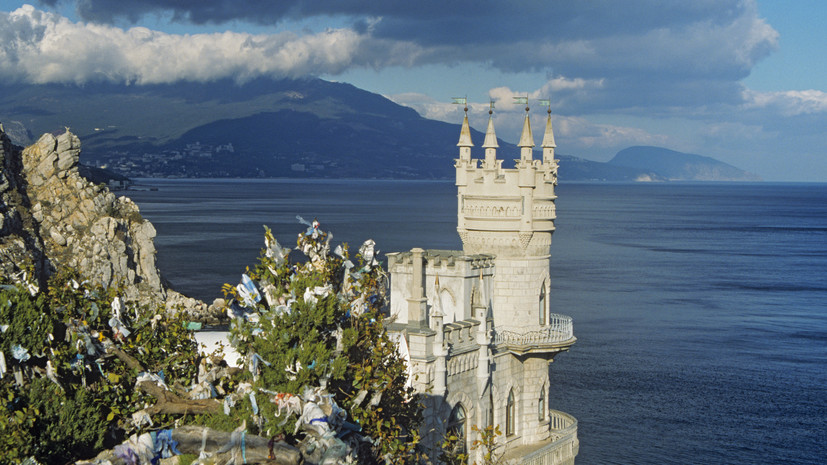 “Tourists can and should come, there is no doubt.

Of course, the logistics are complicated.

We understand that 30 hours by train from Moscow, more than 30 hours from St. Petersburg, quite problematic, of course, ”said Aksyonov.

According to him, there is also a problem with the arrival of tourists from the Far East to the Crimea.

“Without aviation, we will not receive a flow of tourists from there.

Nevertheless, the two nearest airports that work effectively are Mineralnye Vody and Stavropol.

Most of those who decided to keep their trips for this season are guided there today, ”he said.

Aksyonov added that tourists travel by car from Stavropol and Mineralnye Vody.

“Yesterday a delegation of people arrived who had been driving from Mineralnye Vody for 11-12 hours.

The schedule there, of course, is not yet entirely comfortable, but nevertheless, we send our proposals to the Federal Tourism Agency, we are in touch with our colleagues, at the Ministry of Transport of Russia, ”said the head of Crimea.

According to him, the authorities of the peninsula, based on the needs, from the applications of tour operators, are trying "to provide maximum assistance in terms of the formation of additional rolling stock - wagon stock, passenger."

Aksyonov added that there is a cancellation of bookings, which is connected with logistics and somewhere with the fears of people, since not everyone feels comfortable being near the war zone.

“Although I say it again: nothing threatens the Republic of Crimea, Crimea is covered.

We heard these fake threats to the Crimean bridge and so on.

Today everything is under control.

Therefore, tourists need to go on vacation, we believe that we are able to provide a fairly comfortable stay.

Moreover, you see that hotels drop including the cost of tours.

We understand that there are certain difficulties, but rest this year will be cheaper for tourists than in the past,” said the head of the Crimea.

Earlier it was reported that Crimea received more than 330 thousand tourists during the May holidays.