At a time when the United States and the former Soviet Union set, years ago, a joint set of rules at the United Nations, to organize explorations in space and cooperate to develop this vital sector, the leading countries in the field of space are now racing, individually, to achieve their dominance in minerals 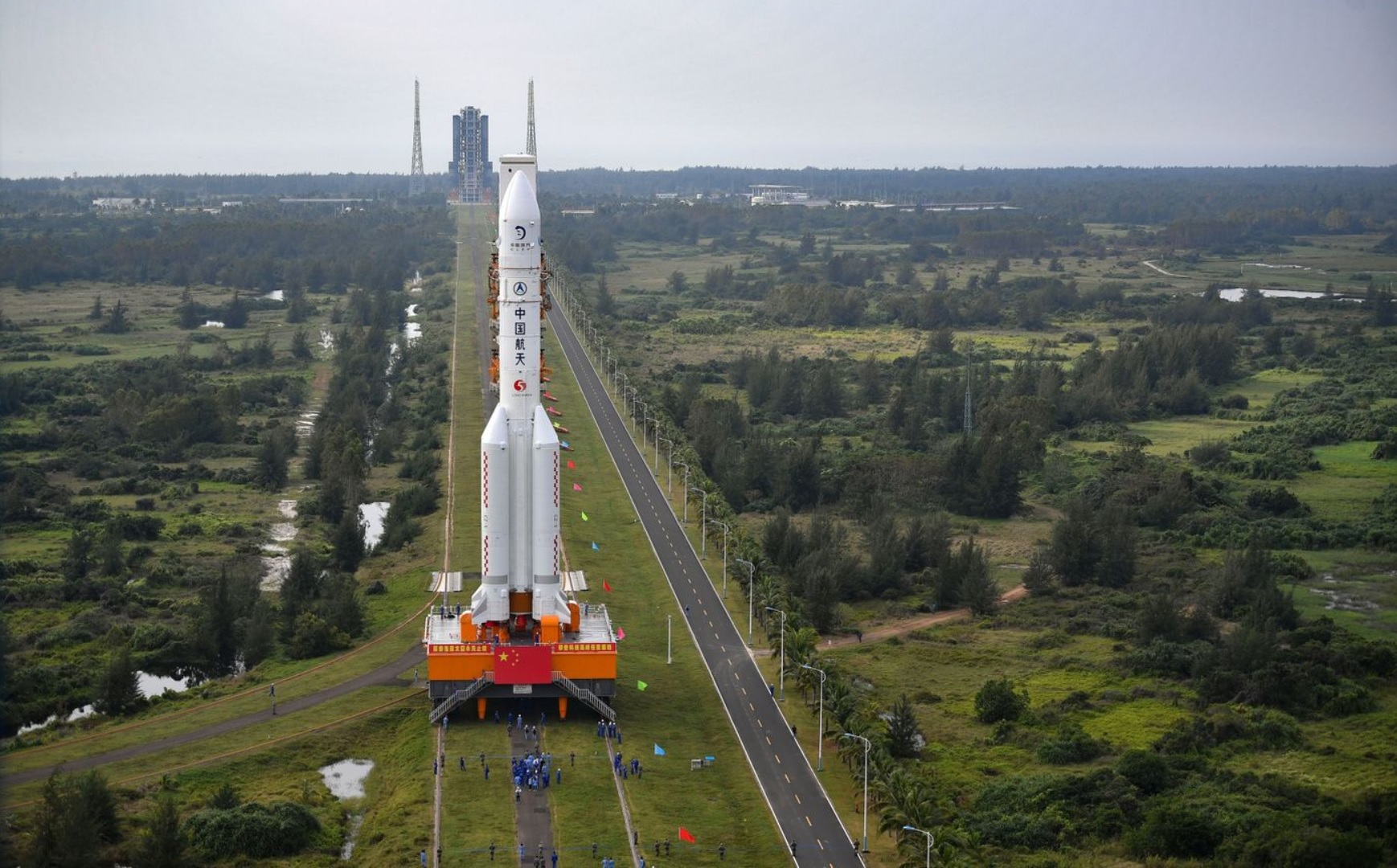 While the United States and the former Soviet Union set, years ago, a joint set of rules at the United Nations, to organize explorations in space and cooperate to develop this vital sector, the leading countries in the space field are now racing, individually, to achieve their hegemony over the minerals in the moon.

The US-Chinese rivalry is evident, in particular, in this field, as Beijing is trying to win a special position in the mineral exploration sector in the interior of the moon, far from other countries of the world.

After the Russian war in Ukraine upended the global geopolitical situation, US President Joe Biden said, "There will be a new world order there, and we have to lead it."

According to Bloomberg, this challenge is far from Earth, as its theater will be the moon, without a doubt.

It is noteworthy that the United States of America was the first to reach the moon.

On July 20, 1969, the late American astronaut Neil Armstrong became the first human to set foot on the moon.

On this twentieth day of July, the world celebrates the arrival of man to the moon in 1969, at a time when there is competition among private companies to send their manned vehicles into space, whether for exploration or tourism.

Over the past few years, the idea that the moon may hold precious metals in its interior, much richer than previously thought, has been confirmed even more.

Using data from the Mini-RF instrument aboard NASA's Lunar Reconnaissance Orbiter (LRO), a team of American researchers came to the conclusion that the moon's interior contains a higher concentration of certain minerals, such as iron and titanium.

Geologists, as well as start-ups such as US-based Planetary Resources, a pioneer in the space mining industry, believe that the Moon, as well as some asteroids, are filled with iron ore, nickel and precious metals in concentrations much higher than those on Earth, constituting a multi-billion dollar market.

In 2020, China achieved a "technological achievement" in space by bringing to Earth samples from the moon, accomplishing the first such operation in 40 years through the Chinese space agency's Changi 5 probe.

Also, the probe's mission made it possible to refine the technologies necessary to send astronauts to the moon, which is one of Beijing's goals for the year 2030, among the goals related to bringing moon minerals to China.

With the probe's return to Earth, China became the third country to achieve this feat after the United States and the former Soviet Union in the 1960s and 1970s.

But Beijing, according to Bloomberg, refuses to comply with rules set by the United States and a group of other countries to legalize the exploitation of lunar resources.

The lack of cooperation, and intense competition, between the United States and China in space exploration is particularly dangerous in an age when the universe is becoming more crowded and requires constant coordination.

The dangers of this rivalry increase at a time when both the United States and China have set up economic barriers to maintain national security with widening ideological divisions over the epidemic, political repression (in China) and now the war of Russian President Vladimir Putin, an ally of Beijing, against Ukraine, an ally of the West.

The Bloomberg report said that the "inability" of Washington and Beijing to cooperate in space not only threatens a renewed arms race, but could create clashes over the extraction of hundreds of billions of dollars in resources on the Moon.

“Our interest in the West is more about who sets the rules of the road, especially access to resources,” said Malcolm Davis, a former Australian Department of Defense official who now researches space policy at the Australian Strategic Policy Institute in Canberra.

The biggest danger, he said, is that China could claim land on the Moon, with mineral resources, in the same way it has claimed the entire South China Sea.

Just as Beijing and Moscow have blamed US military alliances in Europe and Asia for stoking tensions in Ukraine and Taiwan, Chinese state-run media have warned that the US now wants to create a "space NATO".

The report, which focused on China's pursuit of lunar mining, cited the US-drafted "Artemis" agreements, a non-legally binding set of principles to regulate activity on the moon, Mars and beyond.

The initiative, which NASA says is based on the 1967 Outer Space Treaty, forms the basis for the space agency's efforts to put astronauts on the moon and begin drilling for lunar minerals.

So far, 19 countries have agreed to these agreements, including four countries, Romania, Colombia, Bahrain and Singapore, which signed them after Putin's invasion of Ukraine.

Ukraine is among the first members of the Artemis Club, with President Volodymyr Zelensky's government signing on to those principles in late 2020.

In a speech delivered on April 18 at Vandenberg Space Force Base, northwest of Los Angeles, US Vice President Kamala Harris said, "As we move forward toward exploration, we will remain focused on writing new rules to ensure that all space activities are conducted in a responsible, peaceful and sustainable manner." "The United States is committed to leading the way by setting an example."

In contrast, China and Russia lead opposition to these agreements, and pledged greater space cooperation in early February as part of the "No Borders" partnership when Putin visited President Xi Jinping in Beijing shortly before the war began.

The duo are jointly promoting an alternative project on the Moon that they say is open to all other countries.

One of the main problems China faces in the Artemis Accords is a clause that allows countries to designate regions on the Moon as "safety zones," areas on the Moon that others must avoid.

For the Americans and their partners in these agreements, the exclusive areas are a way to comply with obligations under the Outer Space Treaty, which requires states to avoid "harmful interference" in space.

For China, however, these safety zones are legalized appropriations, and in their view are a violation of international law.

Beijing wants to settle any rules at the United Nations that limit its ambitions, as it can count on the support of a larger group of countries eager for friendly relations with the world's second-largest economy.

And the official "China Daily" newspaper announced in an editorial last January, criticizing what it described as NASA's "innovation" of the concept of "safety zones" that allows governments or companies to reserve areas on the moon, a sign, according to the agency, of a new conflict that will characterize the race for moon minerals, during the coming years.