US lifts series of restrictions on Cuba

The administration of President Joe Biden, which wants to overhaul US policy toward the Cuban regime, announced on Monday the end of several restrictions on immigration procedures,… 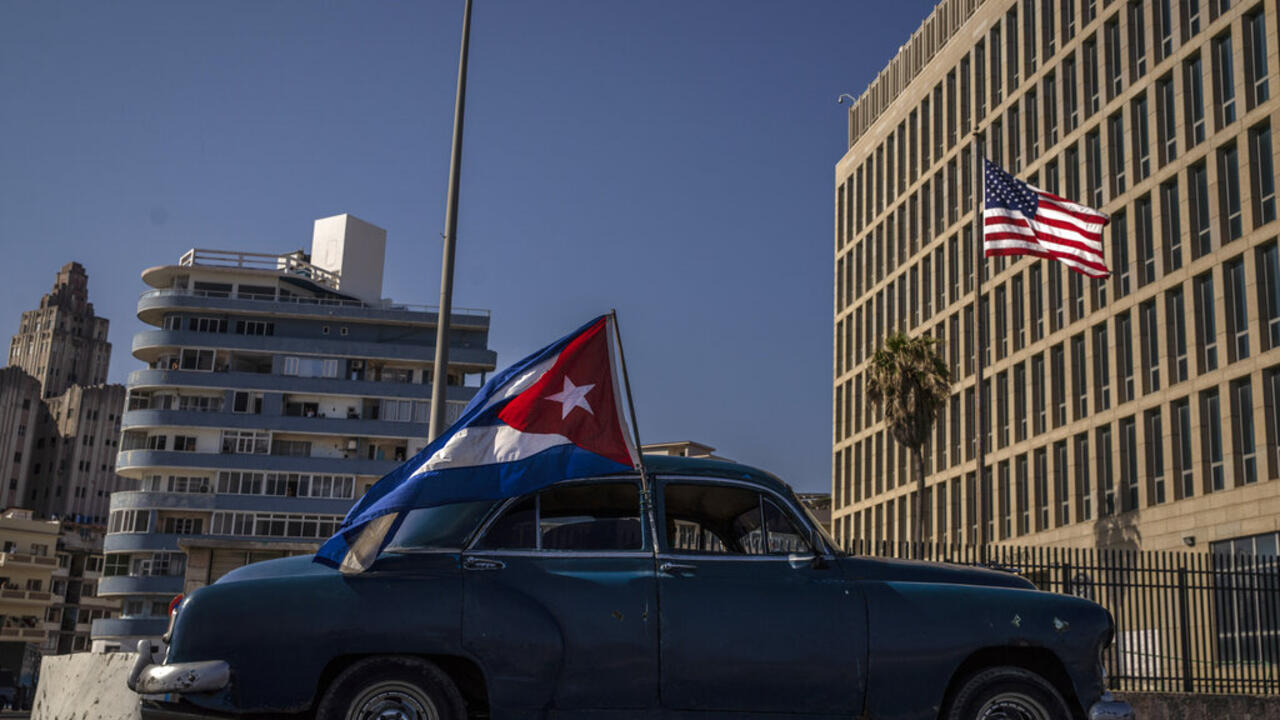 The Biden administration announced on Monday May 16 the lifting of a series of restrictions targeting Cuba, in particular on immigration procedures, money transfers and air connections.

This announcement, immediately hailed as "a small step in the right direction", "but of limited scope", by the Cuban government, is the result of a review of American policy towards the communist regime, which had been launched by the US President Joe Biden.

According to a statement from the State Department, the Biden administration will notably reinstate a program suspended for several years, which facilitated immigration procedures for members of the same family.

It also promises to increase processing capacity for visa applications in Havana.

The United States will also remove the ceiling of $1,000 per quarter and per sender/recipient which has so far limited money transfers to Cuba, and will also authorize sending money outside the family.

The State Department specifies, however, that these financial flows must not "enrich" persons or entities violating human rights.

That cap was decided by former President Donald Trump, who took a flurry of action against Cuba during his tenure.

The Biden administration will also increase the number of flights between the United States and the island, authorizing service to cities other than Havana.

It will also authorize certain group trips which are currently prohibited.

The measures announced Monday are "practical decisions intended to respond to the humanitarian situation" in Cuba and to "develop economic opportunities" for Cubans, said a senior US administration official.

In Havana, Foreign Minister Bruno Rodriguez acknowledged that these are "positive measures" but which "do not in any way modify the blockade (the embargo in force since 1962, editor's note), nor the main measures of economic seat taken by Trump".

"Neither the objectives nor the main instruments of the United States' policy against Cuba, which is a failure, are changing," he added in a statement published on the ministry's website, underlining the "disposition" of his government "to enter into a respectful and equal dialogue with the government of the United States".

The subject of relations with Cuba is politically hot in the United States, which is home to a large community of immigrants of Cuban origin.

"Today's announcement risks sending the wrong message to the wrong people at the wrong time and for the wrong reasons", immediately criticized Bob Menendez, chairman of the Senate Foreign Affairs Committee, and yet a member like Joe Biden of the Party. democrat.

The conservative opposition, for its part, has long been intimately associated with the virulent criticism of the communist regime.

Republican Senator Marco Rubio has accused the Biden administration of counting in its ranks "sympathizers" of the communist regime in Cuba.

The elected official from Florida, where the majority of the Cuban diaspora in the United States resides, also affirmed that the government's decision represented "the first steps towards a return to Obama's failed policies on Cuba".