|Painting Learning| People first, life first. One of the most important indicators of people's happy life is health.   On December 13, 2014, at the Shiye Town Health Center, Dantu District, Zhenjiang City, Jiangsu Province, Wei Dingyu, a villager who was seeing a doctor here, met General Secretary Xi Jinping who came to investigate and investigate.   A dialogue warmed people's hearts, and an i 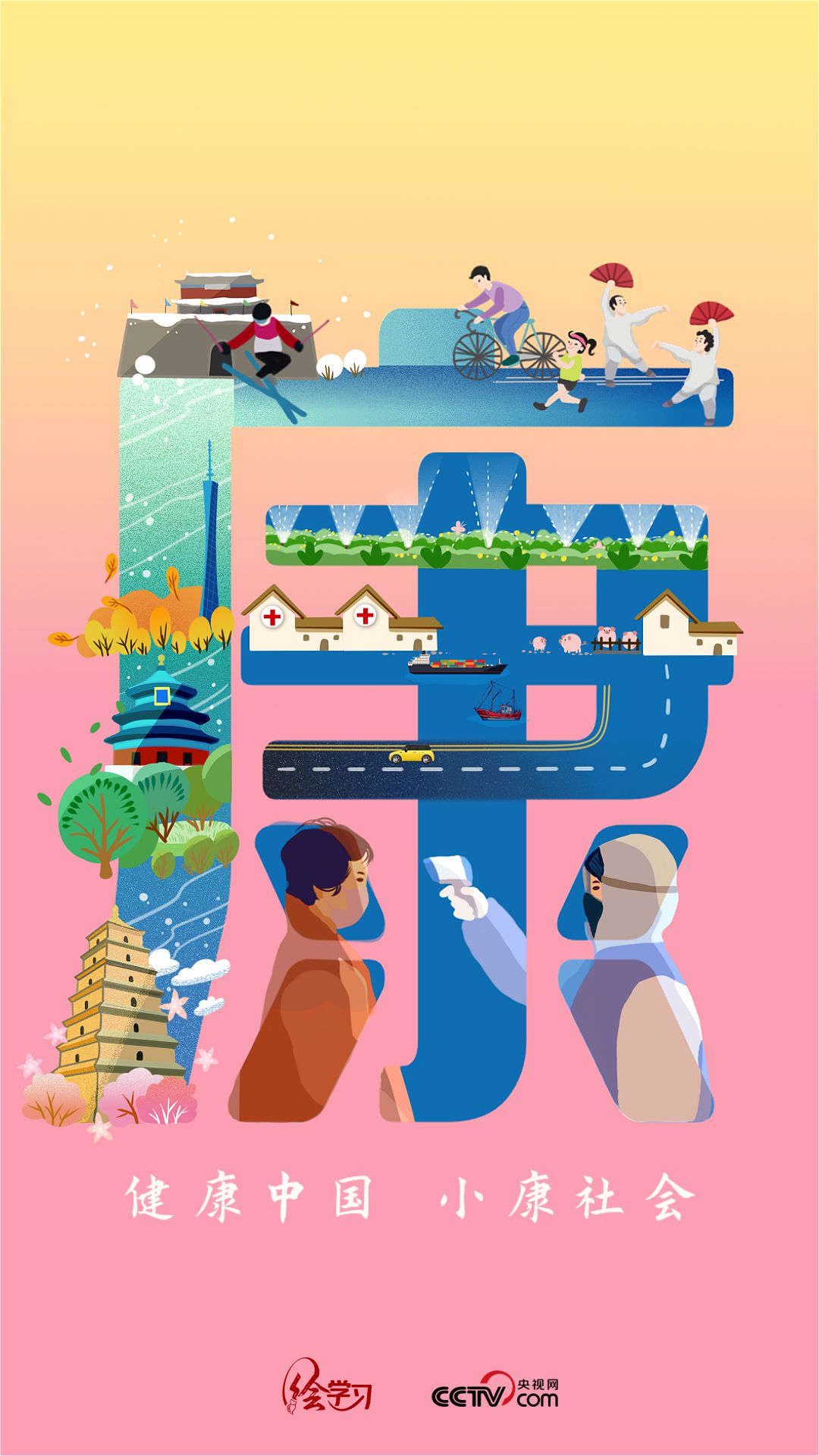 One of the most important indicators of people's happy life is health.

A dialogue warmed people's hearts, and an important statement has since become known to every household:

"Is it convenient to see a doctor, is the medical fee expensive, and are you satisfied with the rural medical and health work?"

"The Communist Party is very kind to us. Our low-income households are free of medical expenses for outpatient clinics, and most of the hospitalization expenses are reimbursed."

"Without national health, there will be no comprehensive well-off..."

National health supports a well-off society in an all-round way.

Since the 18th National Congress of the Communist Party of China, General Secretary Xi Jinping has always been concerned about the health of the people, and has visited health institutions in rural areas and communities many times.

In the depths of the Luliang Mountains, the general secretary comforted Wang Sannv, a poor family with illness, to live a good life, and urged the local cadres to arrange the life of her family;

In Sanming, Fujian, the general secretary fully affirmed the experience of Sanming's medical reform and encouraged all localities to learn from it according to local conditions;

"People's health is an important connotation of building a moderately prosperous society in an all-round way, and it is an important foundation for everyone to grow and achieve a happy life." Promoting the construction of a healthy China embodies the deep concern and long-term planning of the general secretary.

On August 26, 2016, General Secretary Xi Jinping presided over the meeting of the 18th Political Bureau of the CPC Central Committee, which reviewed and approved the outline of the "Healthy China 2030" plan.

In October 2016, the Central Committee of the Communist Party of China and the State Council issued the "Healthy China 2030" Planning Outline, which called for promoting the construction of a healthy China: by 2030, the main health indicators will enter the ranks of high-income countries; by 2050, build a modern socialist country. fit healthy state.

In October 2017, the 19th National Congress of the Communist Party of China made a major decision to "implement the Healthy China Strategy", which raised the maintenance of people's health to the height of the national strategy.

In July 2019, the "Opinions of the State Council on Implementing the Healthy China Action" was issued, proposing the implementation of 15 special actions, and a clear action "roadmap" for Healthy China.

On June 1, 2020, the "Basic Medical Care and Health Promotion Law of the People's Republic of China" was officially implemented, and the "National Implementation of Healthy China Strategy" was written into the law.

On March 23, 2021, General Secretary Xi Jinping communicated cordially with medical staff and patients in the lobby on the first floor of the inpatient building of Shaxian General Hospital in Sanming City, Fujian Province.

General Secretary Xi Jinping said: "Health is the most important indicator of a happy life. Health is 1, and others are followed by 0. Without 1, no amount of 0 is meaningful." Healthy China, joint construction and sharing, all-round and full-cycle guarantee The health of the people has laid a solid foundation for the realization of the Chinese dream of the great rejuvenation of the Chinese nation.

"The people also work and stop, and they can be well-off." This is the social ideal described by ancient Chinese thinkers, and it is the constant watch of the Chinese people for a stable and happy life.

On July 1, 2021, at the celebration of the 100th anniversary of the founding of the Communist Party of China, General Secretary Xi Jinping solemnly declared: We have achieved the goal of the first century of struggle and built a moderately prosperous society in all aspects of China!

"Xiaokang", an ancient term that carries the dream of a better life, has become the real life of all Chinese people in this land for the first time in thousands of years.

China, which has built a moderately prosperous society in an all-round way, has always placed the protection of people's health as a strategic priority for development, adhered to the concept of "people first, life first", and protected the lives and health of more than 1.4 billion people.

Healthy "health" and small "health" are connected to the happiness of thousands of households and are related to the future of the country and the nation.