Running out of gasoline, economic collapse, political crisis... what happened to Sri Lanka?

China News Service, May 17. "The next few months will be the most difficult months of our lives", and the country must be prepared to make sacrifices to meet the challenge. Sri Lanka's new prime minister, Wickremesinghe, made his first televised address to the public on the 16th, saying the country's financial situation was "precarious".   However, the crisis in Sri Lanka is not limited to econ 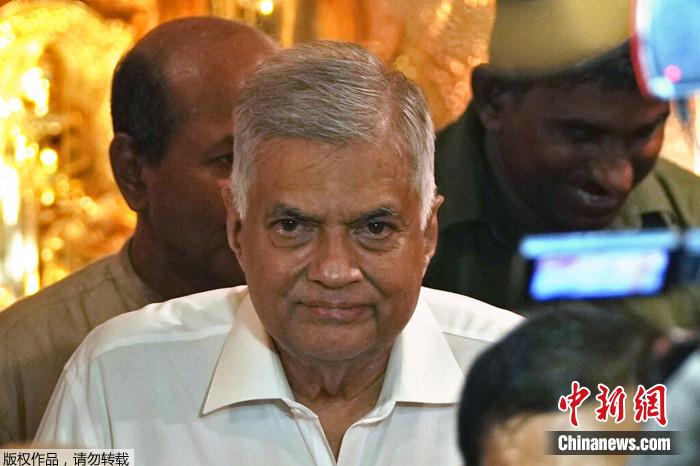 China News Service, May 17. "The next few months will be the most difficult months of our lives", and the country must be prepared to make sacrifices to meet the challenge.

Sri Lanka's new prime minister, Wickremesinghe, made his first televised address to the public on the 16th, saying the country's financial situation was "precarious".

However, the crisis in Sri Lanka is not limited to economic aspects, and its energy and politics are also facing difficulties.

How did Sri Lanka "fall to this point" and where will it go in the future?

Gasoline is only enough for one day, no money to pay for imported goods

Sri Lanka is experiencing its worst economic crisis since independence in 1948.

Sri Lanka appears to be sinking deeper and deeper into the precarious situation.

Wickremesinghe said on the 16th that Sri Lanka's gasoline has been exhausted, gasoline stocks are only enough for one day, and there are not enough dollars to pay for imported goods, the country urgently needs 75 million US dollars in foreign exchange to pay for necessary imports.

In addition, Sri Lanka is severely lacking 14 essential medicines and the health system is facing collapse.

The severe economic crisis affected many sectors, and faced with various problems, people who were dissatisfied with the government's handling of the crisis took to the streets to protest, and public order fell into chaos.

The then Prime Minister Mahinda Rajapaksa announced her resignation on the same day.

But protesters say they will continue their activities as long as Gotabaya Rajapaksa remains president.

Country in crisis or linked to economic mismanagement

The analysis pointed out that the reason why Sri Lanka fell into the current crisis is related to various factors at home and abroad.

From the perspective of internal factors, after Gotabaya Rajapaksa took office in 2019, he began to implement tax cuts, which reduced government revenue and weakened the ability to respond to the crisis.

Other experts believe that Sri Lanka's problems can be attributed to the fact that its foreign exchange reserves have actually dried up.

Since the end of Sri Lanka's civil war in 2009, the country has chosen to focus more on the domestic market rather than selling to foreign markets.

As a result, while export earnings remain low, import spending is growing.

In early 2021, when the currency shortage in Sri Lanka became a serious problem, the government tried to stem the outflow of foreign exchange, banned all imports of chemical fertilizers and let farmers use organic fertilizers, which led to widespread crop failures.

Sri Lanka had to replenish its food reserves from abroad, exacerbating its foreign exchange shortage.

On the other hand, the new crown epidemic has hit Sri Lanka's economy hard, which has greatly reduced tourism revenue, one of the country's largest sources of foreign exchange earnings.

On July 6, 2020, local time, in Colombo, Sri Lanka, some grades of the school resume classes.

In addition, since the outbreak of the Russia-Ukraine conflict, Western countries have continued to impose sanctions on Russia, resulting in high energy and food prices, which has made Sri Lanka even more affected.

In an interview with the BBC, Wickremesinghe pointed out that Sri Lanka's economy has collapsed, but he urged the people to be patient and he will solve the problem and ensure that the family has three meals a day.

Wickremesinghe also said existing policies would be reformed and called on the international community to lend a hand.

However, analysts believe that facing the most serious economic crisis in more than half a century and the resulting political and social unrest, this "veteran" who has been in Sri Lanka's political arena for decades may not be able to successfully break the situation.