Liberation: Did Russia really lose more than 650 tanks in its war on Ukraine and why?

Liberation said that Russia lost in 13 days as many tanks in Ukraine as it lost in 10 years of war in Afghanistan, so what is the secret? 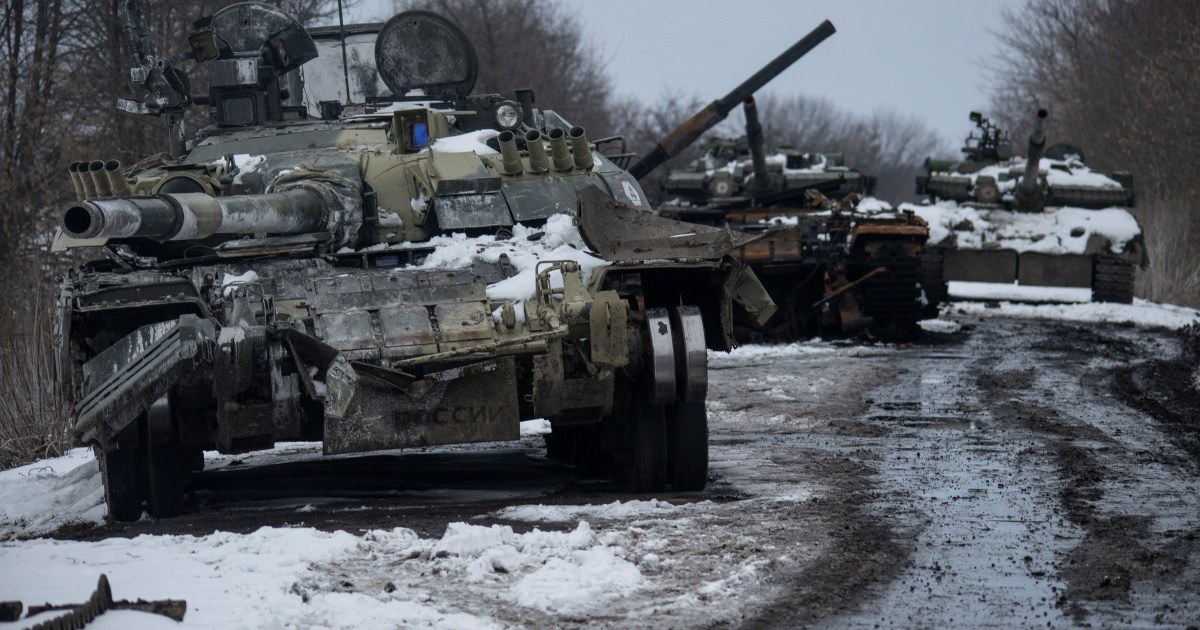 "Liberation" said that Russia lost in 13 days as many tanks in Ukraine as it lost in 10 years of war in Afghanistan, so what is the secret behind what Russian tanks are being exposed to on Ukrainian soil?

This French newspaper pointed out that an independent visual census conducted by the Oryx website - which tracks the losses of both sides in the war - showed 148 Russian tanks destroyed, severely damaged or captured, which is more than the end of the Soviet war in Afghanistan, and indicated that the losses Lasted to reach 671 tanks, which is equivalent to the capacity of the French army one and a half times.

Liberation said, in its analysis, that this number is very high, and represents about 20% of the Russian tank fleet operating before the war, which is estimated at 3,400 tanks, and if all undocumented losses are added, it can reach a third or a quarter of the fleet, especially since Ukraine says It destroyed 1,195 Russian tanks, although it was impossible to verify this.

Several videos also showed armored vehicles destroyed by an explosion, and the tank turret was sometimes seen violently thrown into the air, which was the first indication of Russian losses.

To explain this Russian loss over Ukrainian territory, it seemed to the newspaper that Russian tanks were traveling on often unfavorable terrain, as they faced a Ukrainian army equipped with anti-tank weapons that took advantage of a flaw in Soviet armor design.

In the Soviet-designed T-72 and T-80 tanks widely used in this war, ammunition is stored in the turret well, which is an area of ​​little resistance and is located under the crew. If it is hit, the entire tank explodes and no longer remains. Its occupants have no chance of survival, unlike the American and German models, where ammunition is stored aft in a protected room.

And because the Ukrainians, who are also equipped with Soviet tanks, are well aware of this defect, they exploited it - as the newspaper says - using the appropriate equipment when they received many shipments of Western anti-tank weapons, as the United Kingdom alone sent 10 thousand Enlo rounds (NLAW) and the United States provided at least 7,000 spear-class rounds, and Washington may have provided a third of its stockpile, so that the latest Russian T-90M tank was taken out of service in the Kharkiv region, by a Swedish anti-tank missile, according to the Ukrainian army. .

Since the beginning of the war - the newspaper explains - the Ukrainians have created a new anti-tank weapon by combining old anti-tank bombs "IKG-3" and 3D printing, as these bombs were dropped on tanks when the two armies were joined together, but the Aerorosvika company (Aerorozvidka) She added 3D-printed fins and attached them to drones that are dropped at night on Russian armor, in a technology that has already proven its value.

In the Battle of the Donbass, the geography was not always favorable for Russian tanks, which are not suitable for fighting in urban and semi-urban areas, where opponents are close and anti-tank weapons are very effective, so it was logical that losses would rise as the Russian army advanced towards the cities, says Antoine Boissy, a member of Higher Institute of National Defense Studies in France.

And when it comes to crossing the rivers, it seems that it was disastrous when a column of Russian armored vehicles tried to cross the Donets River to encircle the industrial city of Lysichansk northwest of Lugansk. According to battlefield photos - no less than 73 vehicles, including 6 T-72 tanks.

However - Liberation says - not all Russian tanks lost in the fighting have been destroyed, rather nearly half of the losses documented by Orex relate to tanks abandoned by Russian soldiers or captured by the Ukrainians, Boise says that a number of logistical weaknesses drove many of the crews To abandon their tanks, noting that the Ukrainians "realized this well and targeted supply convoys and even fuel depots on Russian soil."

Some of these abandoned tanks have been recovered and reused by the Ukrainian army, where the Ukrainian 93rd Brigade allowed itself the luxury of parading the T-80 tanks captured from the Russians, in Ukrainian colors, and the Ministry of Defense made a sarcastic comment during its publication The photo said, "Maybe the aggressors think that arming our soldiers with Russian equipment will affect the transition to NATO equipment? A clever plan."

Indeed - as Liberation says - these seizures have already allowed Ukraine to compensate for part of its losses, which Oryx estimates at 163 tanks, although it receives heavy weapons from its allies, including 240 tanks sent by Poland and the Czech Republic, while Russia only has its own stockpile. , which will affect in the medium term given the scale of Russian losses so far, and therefore it will likely take 20 or 25 years to return Russian power to pre-war levels, with equipment certainly poor in terms of technology due to sanctions and the inability to access parts manufactured in The West, says Konrad Muzica, a defense analyst specializing in Russia, on Twitter.

The site concluded that some of the tanks fighting in Ukraine have already been affected by the lack of spare parts, so that the Russian military equipment that the Ukrainians found on the ground is full of semiconductors that have been removed from dishwashers or refrigerators, but the main difficulty for the Russians may come from a much simpler problem The shortage of tank crews, Boise says, "the reserve of men is not unlimited, and often destroying a tank means killing a crew of at least 3 people, and therefore it is likely that the Russians will exhaust the human mass before the equipment."