Feijóo corrects Bendodo: "Spain is not a multinational state, it is obvious"

"Spain is not a multinational state, it is obvious". The president of the PP has rectified this Tuesday the statements to EL MUNDO of his number three, Elías Bendodo.... 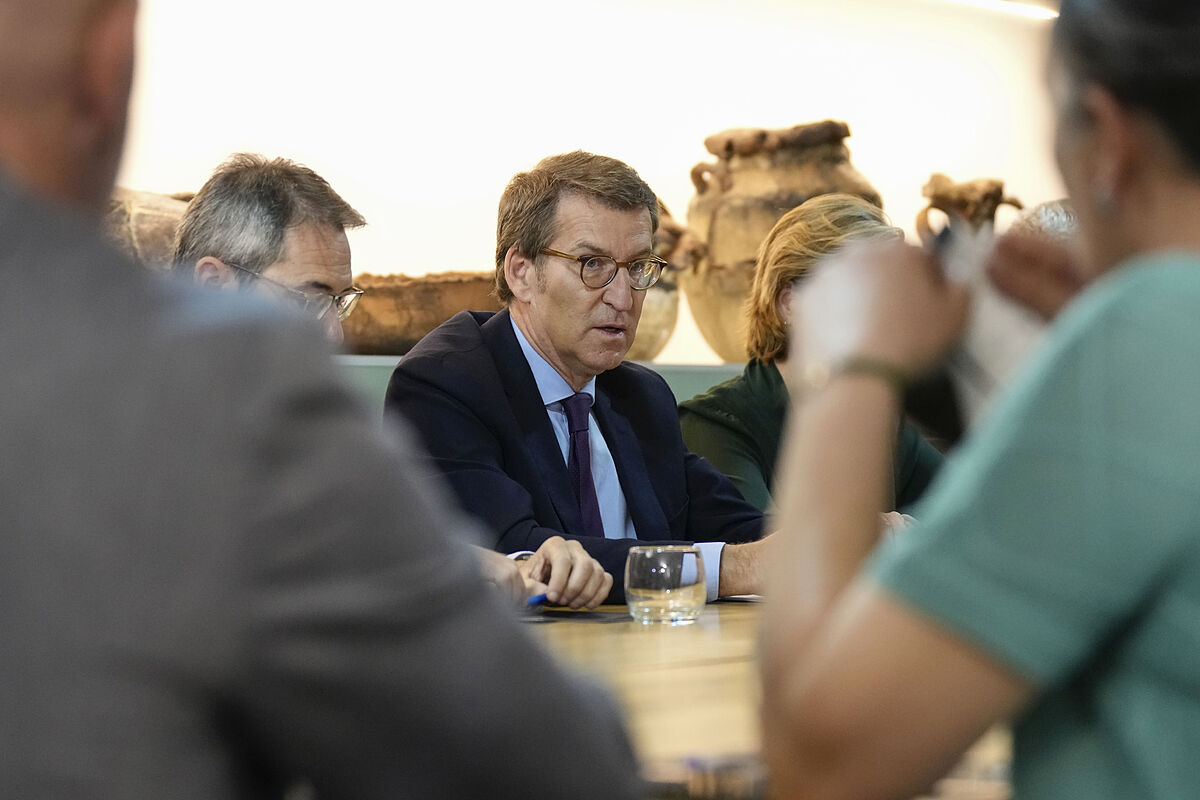 "Spain is not a multinational state, it is obvious".

"The debate, in my opinion, does not exist. It is a mistake that has been rectified after a short time."

"Indeed, Spain is not a multinational state nor will it be; Spain is a nation that guarantees the autonomy of nationalities and regions," insisted the leader of the PP.

"What Spain is is defined by our history in the last 500 years, and Spain is very well described and cataloged in article 2 of the

", which is what he defends tooth and nail.

Alberto Núñez Feijóo has recited that article from memory: "The Constitution is based on the indissoluble unity of the Spanish Nation, the common and indivisible homeland of all Spaniards, and recognizes and guarantees the right to autonomy of the nationalities and regions that comprise it and solidarity between all of them".

And he has emphasized, in front of those who do not agree within his party -above all, the aznarista wing and the liberal wing- with the use of the term "nationalities", that "this is the ideology of our party: it has been, it is and it will continue to be so for as long as the PP exists".

To clear up doubts, Feijóo has assured that "the State is not negotiated".

"The organization and distribution of the State are not negotiated and sovereignty should not be negotiated."

He has said it for

, but it can be extrapolated to the Catalan debate.

On the abortion law, he has assured that it is a maneuver by the Executive to "distract" economic and national security problems.

And he has added that he is against it: "We think that the voluntary interruption [of pregnancy] of minors must have the consent of their parents."

"If the legislation in Spain prohibits the consumption of alcohol by a person under 18 years of age, it seems reasonable that this legislation requires parental permission" for abortion.

Asked about the return of Juan Carlos I to Spain, Feijóo has declared himself "absolutely in favor".

"As far as I know, he has no pending case", he has wielded.

"Eroding the Head of State again is something that we Spaniards do not deserve, and much less that is encouraged by the Government," he argued, referring to United We Can.

Something that the PSOE "omits" to combat, in his opinion.

In them, the then general secretary of the PP is concerned about the revelations of EL MUNDO about the payment of bonuses in Genoa and asks the commissioner for help so that Bárcenas's papers, which she calls "the little book", are not known.

"Our party is respectful of judicial investigations," Feijóo has stopped.

"Also with those that affect the PP."

"If you want to bring up recordings from a decade ago, everyone has the right to bring them up," he added.

From the autonomous city, Feijóo has celebrated the opening of the Ceuta border with Morocco, but he regrets that the required planning has not been done.

"The borders have to be opened. They should not have been closed. But the reopening of the border has not been accompanied by the necessary measures to ensure that it was done with legal certainty and the provision of the necessary means," he concluded.