The long-awaited papal visit to Canada skips over several symbolic places for Indigenous nations. A controversial choice, while Pope Francis comes to apologize on behalf of the Church… 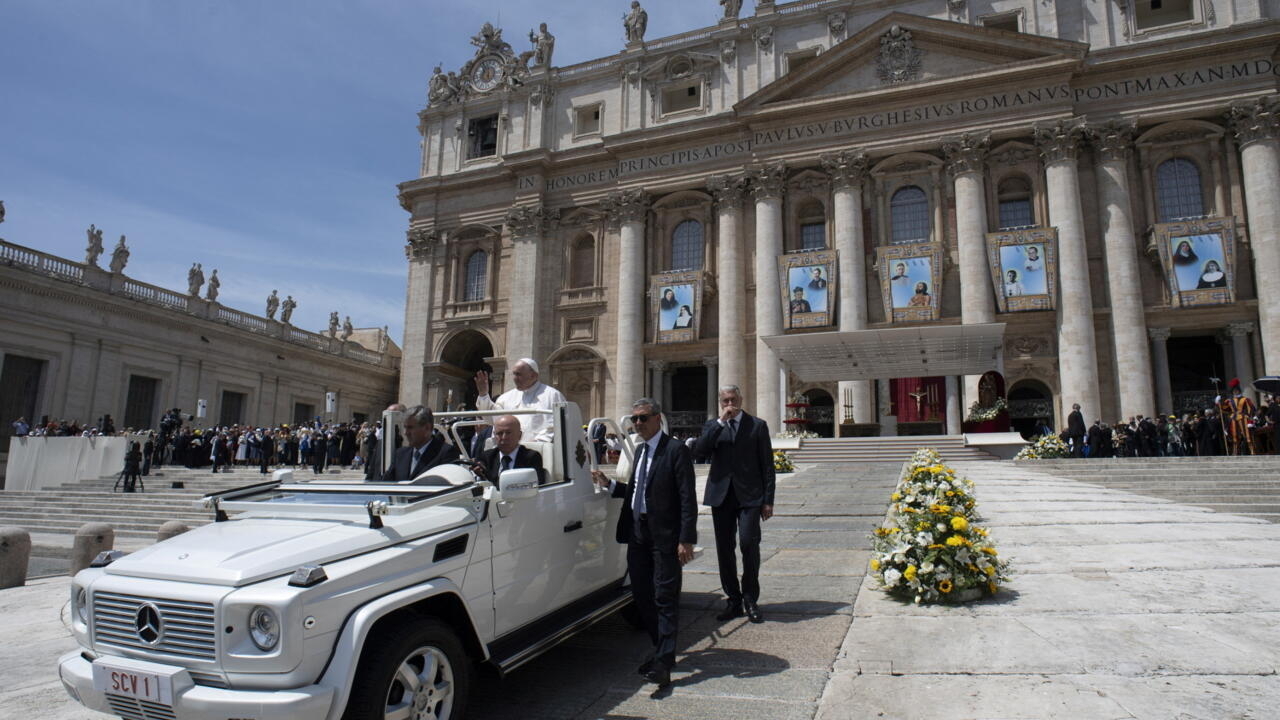 Pope Francis leads a mass in St. Peter's Square as he canonizes ten new saints at the Vatican, May 15, 2022. via REUTERS - VATICAN MEDIA

A controversial choice, while Pope Francis comes to apologize on behalf of the Church for the tens of thousands of children assimilated by force from the 19th to the 20th century.

With our correspondent in Montreal

From the middle of the 19th century to the second half of the 20th century, more than 150,000 First Nations children were assimilated, forced to go to residential schools run by the Church on behalf of the State, where they did not have the right to speak their language.

Pope Francis delivered the much-

And he will go to Canada to present them again in July.

He will stop in Quebec, Edmonton, Alberta, where there was a large network of boarding schools, as well as in Iqaluit, Nunavut, in the Far North.

But the papal visit evades several symbolic places for the First Nations of the country, which does not satisfy several indigenous communities.

This is the case for that of British Columbia, on the west coast of the country, a province in which were found

last year, in Kamloops, the remains of 215 Aboriginal children

who had been buried on the land of a former boarding school.

This discovery was a trigger for the papal visit.

The province's First Nation chief, Rosen Casimir, speaks of a "

" to come to the site of the largest residential school the Roman Catholic Church has run in Canada.

Disappointment also shared in Saskatchewan, in the middle of the country, where other anonymous graves had been discovered last summer.

The pope will not pass either.

For many Aboriginal leaders, the visit is too short in view of

, and it is necessary to add stages to the route.

But the Canadian bishops explain that the route must be adapted to the fragile health of the pope, who recently appeared in a wheelchair.

Canada: more than 34 billion to compensate natives removed from their families