Uncle Toni, leader of the Vistabella sect, accused of sexual aberrations against adults and minors, dies in prison

Uncle Toni, known for leading a sect in Vistabella del Maestrat (Castellón) whose members are accused of alleged crimes of sexual abuse of both adults and... 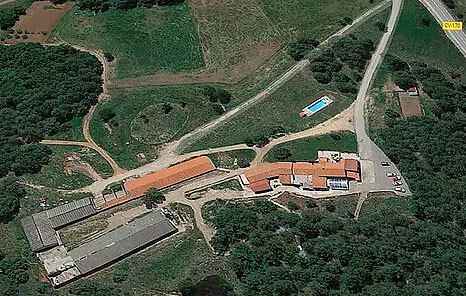 , known for leading a

to whose members alleged crimes of sexual abuse of both adults and minors are attributed, has died in the Castellón I prison, where he was provisionally admitted, reported and without bail in mid-March, by order of the court.

According to various sources consulted by EL MUNDO, the 65-year-old man entered prison while ill, he was in a wheelchair and required oxygen, and during these two months he

Despite the fact that everything points to natural death, due to illness, an autopsy is being considered to resolve it definitively.

Apparently, he was found already dead in his cell at

eight in the morning

by the workers who were starting a new shift at the prison.

The head of the Court of Instruction 6 of Castellón sent him to prison along with two other people after giving a statement on March 18, after a police operation carried out against an alleged sect installed in a farmhouse in the Castellón town of Vistabella del Maestrat.

investigating the facts received 9 detainees and agreed to enter provisional prison, communicated and without bail for three of them, including the alleged leader of the group and now deceased in prison.

The other six were provisionally released with precautionary measures of removal and prohibition of communication regarding the victims.

The case, which was declared secret, is open for

crimes of assault and sexual abuse, both against adults and against minors, trafficking in human beings for the purpose of domestic and sexual domination and display of pornography to minors

, without prejudice to further qualification. .

sexual aberrations against adults and minors

, and had acquired assets that are difficult to quantify by the researchers.

Dozens of faithful have passed through his hands in the last 20 years.

Four of these victims were located by EL MUNDO to make a portrait of the "enlightened one who led a sect with a farmhouse and a children's park. Disabled in a wheelchair and with oxygen, among the accusations they coincided in assuring that he used sexual objects to commit abuses .