The Lebanese elections.. The Interior Ministry announces the final results of 5 constituencies, and Geagea's party confirms its progress

The Lebanese Interior Minister, Bassam Mawlawi, announced the final official results for 5 electoral districts out of 15 in the legislative elections, in which the participation rate was about 41%, according to the Ministry of Interior. 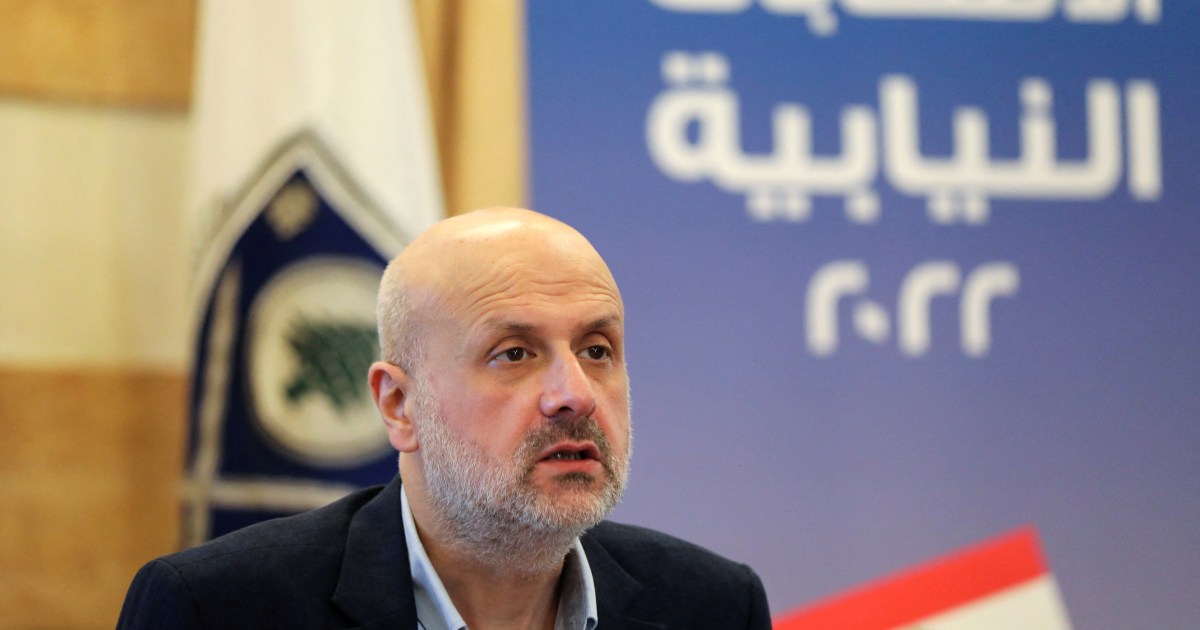 The Lebanese Interior Minister, Bassam Mawlawi, announced the final official results for 5 electoral districts out of 15 in the legislative elections, in which the participation rate was about 41%, according to the Ministry of Interior.

Molloy said - in a press conference held today, Monday - that the elections were "successful", and he saw that "the percentage of impurities is very few relative to the number of electoral districts," denying rumors of missing ballot boxes in some districts.

The Minister of Interior described the turnout as good and not low compared to the previous legislative elections.

Molloy confirmed that the results of the rest of the departments will be announced successively as soon as they are finally documented by the judicial authorities.

Al-Jazeera correspondent in Beirut, Carmen Jokhdar, said that the official results announced by the Minister of Interior did not include any significant surprises, and were consistent with what the parties announced.

She pointed out that the most prominent changes brought about by these elections so far are the progress of the Lebanese Forces party led by Samir Geagea, with an increase of 5 seats over its result in the previous elections, according to the unofficial preliminary results.

And earlier today, Reuters news agency quoted 3 sources allied with the Lebanese Hezbollah that the party and its allies are likely to lose their majority in parliament.

The sources - who confirmed that their expectations are based on inconclusive results - stated that Hezbollah and its allies may not get more than 64 of the 128 seats in parliament.

The party and its allies won a majority of 71 seats in the last elections that took place in 2018.

Meanwhile, the Director of the Media Office of the Lebanese Forces Party said - in statements to Al-Jazeera correspondent - that the preliminary unofficial results show that the party has won 20 seats so far.

As for the electoral administration of the Amal Movement - led by Parliament Speaker Nabih Berri - it announced that it had won 17 seats.

The unofficial results issued by the Free Patriotic Movement - founded by Lebanese President Michel Aoun - indicated that it had obtained 15 seats so far.

Hezbollah won at least 13 seats, according to preliminary unofficial results.

The lists of the so-called civil society and change groups registered 7 seats, and the electoral team of the Progressive Socialist Party announced that the party won at least 7 seats.

The Marada Movement, the Kataeb Party, and the Tashnaq Party won 3 seats each, the Islamic Projects Association won two seats, and the Islamic Group won one seat, according to the preliminary unofficial results.

Absence of the Future Movement

The parliamentary elections in the country this year are witnessing a fundamental change represented in the absence of the Future Movement, which for three decades has been the mainstay of the Sunni presence politically.

Months ago, former Prime Minister Saad Hariri, the leader of the Future Movement, announced the suspension of his political activity, a declaration that observers expect will have an impact on the political representation of the Sunni community in the Lebanese scene during the next stage.

Hariri said today in a tweet on Twitter that Lebanon is facing a new turning point after the end of the legislative elections.

Al-Hariri saw that "the real victory is the entry of new blood into political life." He also saw that his decision to withdraw was correct and that it shook what he called "the structures of political dysfunction", without this implying relinquishing responsibility, he said.

These elections are the first after a series of crises that shook Lebanon during the past two years, including an economic collapse, unprecedented popular protests against the authority, and a catastrophic explosion in Beirut.

The polls closed at seven in the evening yesterday, Sunday, with the exception of a number of centers that remained open until all the voters inside cast their votes.

Despite the increase in the number of candidates opposing traditional parties compared to the 2018 elections, many do not count on a change in the political scene that would allow addressing major issues. The traditional parties that benefit from the sectarian structure and the deeply rooted quota system have not lost their popular bases that they mobilized during the weeks leading up to the elections.