We will continue with the news of President Yoon Seok-yeol's address to the National Assembly. President Yoon proposed three major reforms in the pension, labor and education sectors, requesting the handling of an additional budget of 59 trillion won. 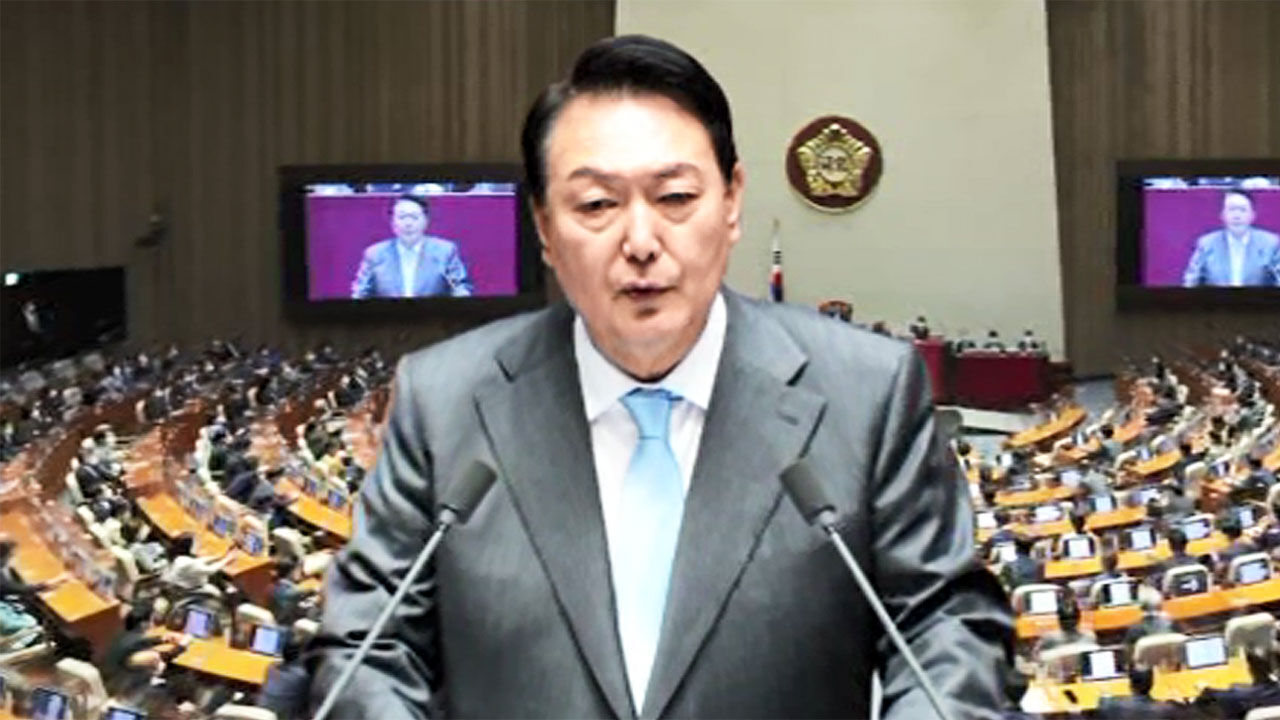 will continue with the news of President Yoon Seok-yeol's address to the National Assembly.

President Yoon proposed three major reforms in the pension, labor and education sectors, requesting the handling of an additional budget of 59 trillion won.

First of all, I am the best reporter.

After six days in office, President Yoon Seok-yeol's speech on government administration, which was the shortest among all presidents, began by appealing for difficult internal and external conditions such as instability in the domestic and foreign financial markets.

It is the responsibility of the rule of law to compensate for the loss of small business owners in the midst of this, and requested the National Assembly to process the 59.4 trillion won supplementary budget as soon as possible.

[President Seok-Yeol Yoon: If full support is not provided in a timely manner, it is clear that small business owners who have endured hardship

will fail to recover and eventually come back with more financial burdens on welfare.

[President Seok-Yeol Yoon: Pension reform, labor reform, and education reform, if not pursued now, will threaten the sustainability of our society and become tasks that cannot be delayed any longer.]

Pension reform for sustainable welfare, labor reform for job creation , followed by a description of reforms for equitable education at the level of technological progress.

Cooperation with the Democratic Party is essential, as there is plenty of room for conflict with the Moon Jae-in government's policy.

President Yoon emphasized bipartisan cooperation by citing the case of the coalition cabinet formation between the British Conservative Party and the Labor Party during World War II.

[President Seok-Yeol Yoon: The partnership between (Conservative Party) Churchill and (Labor Party) Attlee, who were willing to join hands to overcome a common crisis, is needed more than ever.]

He said that he would closely discuss important national issues with lawmakers, but It was decided that in order to overcome a crisis, we had to put out our hands first with a low posture.

▶ “If North Korea responds, we will spare no effort to support health workers”