A "very unusual" heat episode will take thermometers to 40º

The current heat episode is "very unusual" for the middle of May, with temperatures between 10 and 15 degrees above normal for this time of year, and... 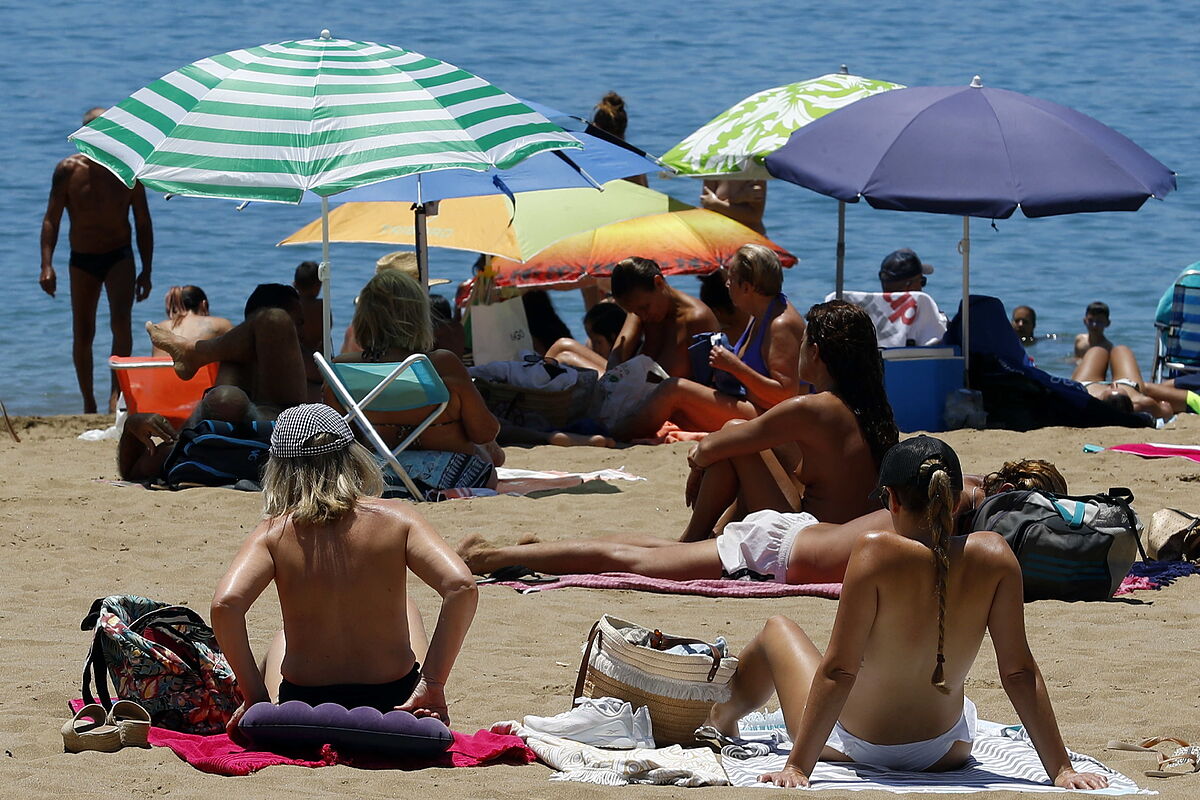 The current episode of heat is "very unusual" for mid-May, with temperatures between 10 and 15 degrees above normal for this time of year, and will

shoot thermometers in some places on the peninsula up to 40 degrees next days.

According to data from the State Meteorological Agency (Aemet), the heat is going to be the protagonist throughout the week, with very high temperatures, typical of midsummer,

with values ​​that will exceed 35

degrees in many places and, for the first time this year,

The warm episode is so unusual that according to the AEMET spokesman, Rubén del Campo, it could become, if the forecasts are confirmed,

in terms of average temperatures, both of the maximums as well as of the minimums.

In addition to the highs, which will be between 10 and 15 degrees above normal for mid-May, the lows will also be between 5 and 10 degrees above what is normal at this time, so in many places there will be what is known as

"tropical nights" -when the thermometers do not drop below 20 degrees-.

starting next Wednesday and will last until Sunday the 22nd

, and during those days they will exceed 34 or 35 degrees in the central hours of the day in large areas of the center and the south of the peninsula, and also in the Ebro Valley.

"It is possible that we are already talking about the first 40 degrees of maximum temperature this year at points in the Tagus, Guadiana and Guadalquivir Valleys, especially as of Friday," the Aemet spokesman reported, specifying that these temperatures could be reached in cities such as Badajoz, Seville or Córdoba.

Temperatures will not drop until May 22 or 23

In other cities, such as Zaragoza, Madrid or Toledo, it will probably also exceed 38 degrees, Rubén del Campo has pointed out, and has announced that night temperatures will also be very high, since in many points it will not go below 20.

The predictions of the Aemet, he explained, point out that for Monday the 22nd and especially on Tuesday the 23rd the temperatures will drop again and

are already at values ​​that are more typical for these dates.

Rubén del Campo has warned that with these high temperatures the risk of fires is high and has also recalled that at this time of year the ultraviolet ray index is already very high, and has highlighted the importance of taking extreme precautions since the heat extreme can cause health problems for many people.

warm air could also arrive accompanied by dust in suspension,

which would arrive especially to the south, to the east of the peninsula and also to the Balearic Islands.

The AEMET spokesman has reported that the cause of these high temperatures, so anomalous and unusual for this time of year, is the

, to which is added the atmospheric stability and the high pressures installed on the peninsula.

These high pressures will favor phenomena such as the descent of air, from the middle levels of the troposphere to lower layers on its way, and that air is compressed and heated, causing temperatures to rise even more.

To this is added, explained Rubén del Campo, that the days are already long, since in mid-May the hours of sunshine are practically the same as in the first fortnight of August, so that many hours of sunshine notably heat up the environment.

of temperatures above 40 degrees on the peninsula in May, Rubén del Campo recalled, citing that in May

2015 temperatures exceeded 42 degrees in some parts of the Valencian Community and also in the Canary Islands. .

However, this episode could in principle be the most important in the last twenty years in the surroundings of the Peninsula and the Balearic Islands in terms of average temperature, that is, in terms of the unusually high maximum and minimum temperatures. .

The Canary Islands will be left out of this situation

, with temperatures typical of this time of year, the Aemet spokesman has pointed out.