[Public Poll] In Seoul, "Oh Se-Hoon has the upper hand"... The match is a 'close match' 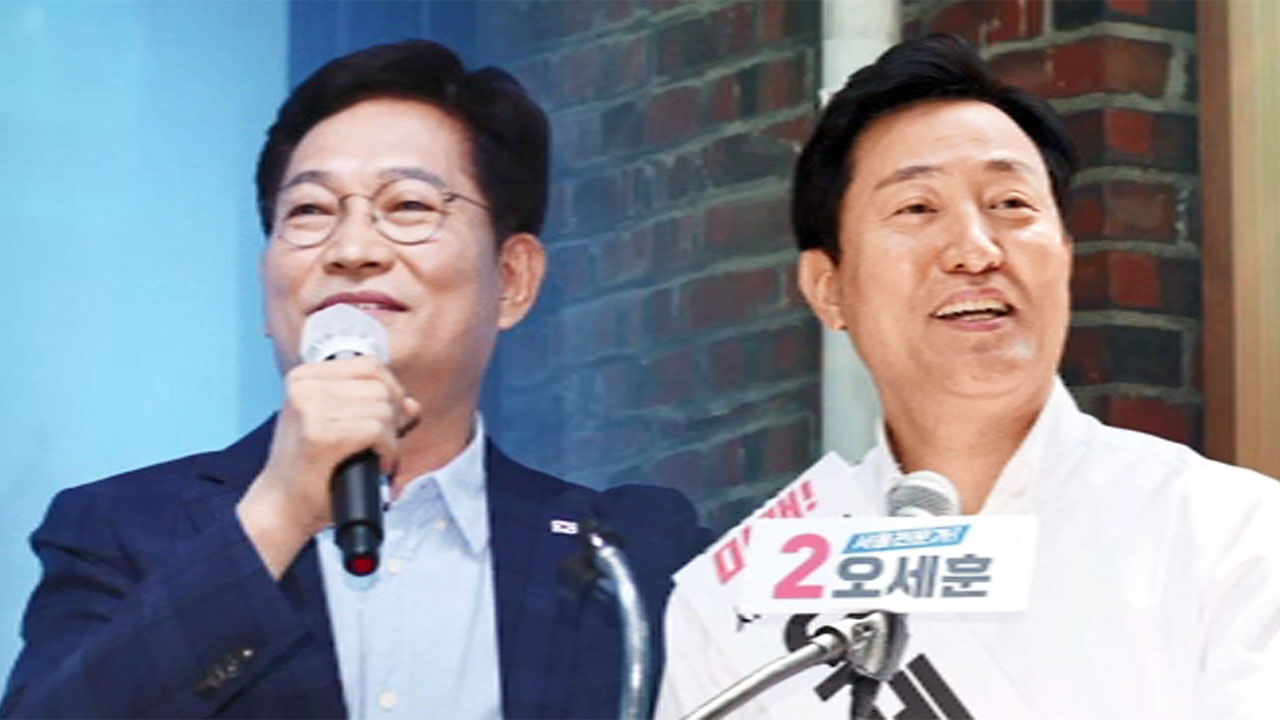 16 days before the nationwide local elections on June 1, three terrestrial broadcasters including SBS conducted a poll.

For Gyeonggi Governor, Kim Dong-yeon and Kim Eun-hye are in a close battle.

Reporter Hwa Gang-yun reports the results of the investigation of six regional groups that are considered to be the winners.

I asked the citizens of Seoul who they would elect as mayor if tomorrow was voting day.

With 29.5% of Democratic Party Song Young-gil and 49.1% of People's Power Oh Se-hoon, Candidate Oh Se-hoon took the lead outside the margin of error.

Kwon Su-jeong of the Justice Party had 0.9%, Shin Ji-hye of the Basic Income Party 0.2%, and independent candidate Kim Gwang-jong 0.3%.

When asked about the possibility of winning regardless of personal support, Song Young-gil 18.4% and Oh Se-hoon 66% widened the gap.

Among the candidates for Incheon mayor, Park Nam-chun of the Democratic Party of Korea (DPRK) 30.4% and People's Power Yoo Jeong-bok 37.5% had the upper hand.

Gyeonggi-do, which both the opposition and opposition parties consider to be the biggest match, is in a tight spot.

With 37.3% of Democratic Party Kim Dong-yeon and 36.1% of People's Strength Kim Eun-hye, it is a close match within the margin of error.

The probability of winning was also difficult with Kim Dong-yeon 40.3% and Kim Eun-hye 36.8%.

Where will the midfield vote go?

The Chungnam governor, where the incumbent governor and incumbent lawmaker faced each other, competed within the margin of error with 34.3% Yang Seung-jo of the Democratic Party and 40.5% Kim Tae-heum of the People's Power.

In Chungbuk Province, which is a proxy war for new and old powers, candidate Kim Young-hwan took the lead with 27.8% of Democratic Party's Noh Young-min, a former chief of staff of President Moon Jae-in, and Kim Young-hwan, 42.8% of the people's strength, who served as a special adviser to elected Yoon Seok-yeol.

Survey Subject: 800 to 1,000 men and women aged 18 or older living in each constituency (Wired RDD and wireless virtual number extraction after allocating gender, age, and region)

province and province Weighting method: Weighted value by gender, age, and region Buyeo (cell weighted/based on resident registration population of the Ministry of Public Administration and Security at the end of April 2022)

Details can be viewed on the National Election Opinion Survey Deliberation Committee or SBS News website.