British intelligence expects Russia to lose a third of the force with which the Ukraine war began, and Moscow denies that a ship was damaged in the Black Sea

British intelligence suggested that Russia had lost about a third of its combat power, with which the war began in Ukraine. At a time when the Ukrainian president stressed the difficulty of the situation in Donbas, Russia denied that a ship had been damaged in the Black Sea. 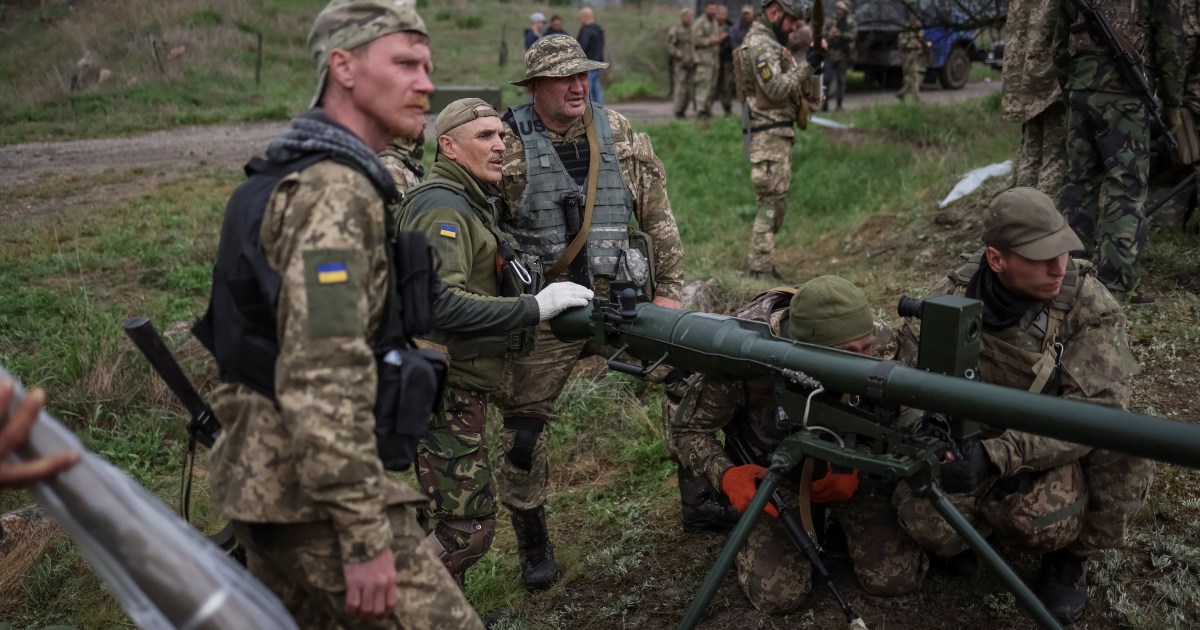 British army intelligence suggested that Russia had lost about a third of its combat power, with which it began its operations in Ukraine, and at a time when the Ukrainian president stressed the difficult situation in the Donbass region, Russia denied that a ship belonging to it had been damaged in the Black Sea.

The Russian Defense Ministry announced that it targeted hundreds of sites of Ukrainian military forces and vehicles during the last night.

Ministry spokesman Igor Konashenkov said that his country's forces managed to eliminate about 100 Ukrainian soldiers during that time.

An advisor to the mayor of Mariupol said that more than 150,000 residents of the city are still trapped with no opportunity to escape to other areas.

The mayor of Mariupol published scenes showing the effects of destruction and the suffering of citizens due to the lack of water, stressing the lack of access to water and the absence of the basic requirements for life.

Meanwhile, on Saturday, a large convoy of cars and vans carrying refugees arrived from Mariupol to the Ukrainian-controlled city of Zaporizhia, after waiting days before Russian forces allowed them to leave.

Ukraine has been gradually evacuating civilians from this devastated city for more than two months, most of which Russia controls.

An aide to the mayor of Mariupol had previously said that the convoy included between 500 and 1,000 cars, which represented the largest single evacuation from the city since the Russian invasion on February 24.

In another development, Al-Jazeera correspondent reported an intensification of the exchange of shelling between Ukrainian forces and separatists in Donetsk to the east, confirming that violent explosions were heard in the center of the city.

The pro-Russian separatists said that the Ukrainian army targeted with heavy artillery and Grad missiles the Petrov, Kuibychovo and Kirov neighborhoods north and west of the city, which are close to the line of contact.

They confirmed that the bombing led to the destruction of residential homes and the burning of shops, without announcing the loss of life.

Zelensky: The situation is difficult in Donbass

Ukrainian President Volodymyr Zelensky said the situation in the eastern Donbass region was still "very difficult" and that Russian forces, 80 days after what he described as their massive invasion of his country, were trying to show some victory.

"Step by step we are forcing the occupiers out of our land, and we will make them leave the Ukrainian waters as well," Zelensky added in an optimistic tone.

Russian forces are currently focusing their attacks on eastern Ukraine after failing to advance towards the capital, Kyiv.

The Ukrainian president said he had held talks in Kyiv on Saturday with a delegation of US senators led by the leader of the Republican minority in the Senate.

On the other hand, the governor of the Ukrainian Lviv region, Maxim Kozytsky, said - in a post on Telegram - that a missile attack hit some military infrastructure in the western region of the country in the early hours of Sunday morning.

"There is no information about dead or injured at this hour, and the extent of the damage is being estimated," Kozetsky added.

On the other hand, Vyacheslav Gladkov, the governor of the Russian Belgorod region, said - in a post on the Telegram application, in the early hours of this morning - that one person was injured when forces in Ukraine opened fire on a Russian village near the border, and Reuters was not able to verify the news yet. The news is true.

Russia denies allegations of damage to a ship

In the same context, Moscow yesterday denied allegations that Ukraine had damaged a Russian Navy supply ship in the Black Sea, and showed pictures of what it said was the ship without any signs of damage.

On Thursday, military authorities in Ukraine's southern Odessa region said the navy had bombed the ship Vsevolod Bobrov, setting it on fire.

The Russian Defense Ministry published on the Internet pictures it said were taken of the ship yesterday in the port of Sevastopol on the Black Sea in the Crimea.

"It is now clear from the photos that the ship was not damaged at all," she added.

Last month, the cruiser Moskva, the flagship of the Russian fleet, sank in the Black Sea, after it caught fire.

Ukraine said it hit the ship with a missile fired from the coast, while Moscow said it was sunk by an explosion of munitions.