&nbsp;After 7 thousand years.. the fact that the Sphinx slept, which ignited the communication platforms in Egypt

Pictures spread of the Sphinx located in the area of ​​the pyramids of Giza, showing his eyes closed, and he seemed to be asleep; Which raised questions on social media platforms. 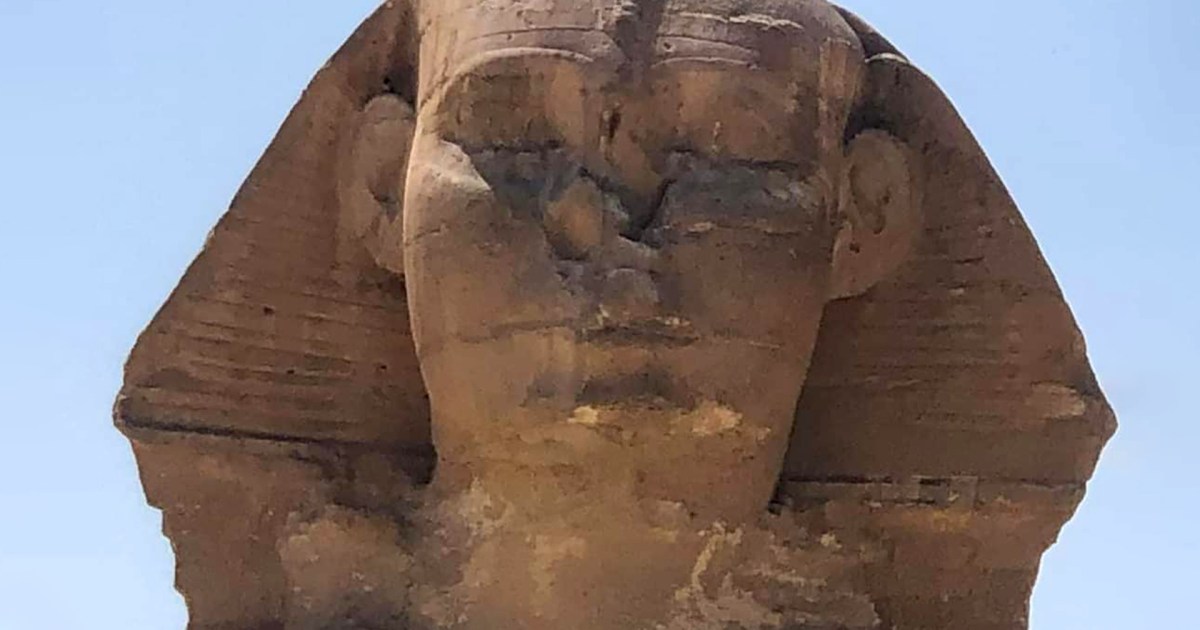 The ancient Great Sphinx has dominated discussions of Egyptians on social media platforms in the past few hours.

The "Sphinx" located in Giza Governorate (west of Cairo) is one of the most famous and oldest historical statues of the Pharaonic era, and it dates back to about 2500 BC;

Pictures spread of him showing his eyes closed, and he seemed to be asleep, which raised questions.

And accounts on social networking platforms claimed that "the Sphinx suddenly became blindfolded", while others saw that this was just "fakes, superstitions and rumours."

"The Sphinx's features have not changed for thousands of years, and it has not been affected by anything," said Ahmed Amer, an archaeologist and Egyptologist, according to what was reported by local media, including the (official) Akhbar Al-Youm newspaper.

Amer added, commenting on the video, that "the statue has been a subject of controversy since ancient times, gossip and rumors, given its ambiguity and scarcity in the ancient Egyptian civilization."

The newspaper also quoted an archaeological expert at the Egyptian Ministry of Tourism, Magdi Shalaby, as saying that "the Sphinx is as it is, and no change has occurred to it."

He stated that "whoever published these pictures, he used Photoshop (photo-editing program), or he photographed the Sphinx at a certain angle of photography, which showed his eyes as if they were closed, nothing more."

According to the CrowdTangle tool, which specializes in monitoring and measuring data on social media, the word "Sphinx" appeared in 4,325 posts on Facebook, and generated more than 830,000 interactions in just 24 hours.

While the same word appeared in 42 different posts on the Instagram platform, and generated nearly 70,000 interactions, also in the past 24 hours.

On the other hand, the Trendsmap tool - which specializes in monitoring and measuring data via Twitter - showed the word appearing in 12 thousand and 500 tweets, updating more than 5 thousand retweets in just 24 hours.

Interactions around the word varied, and some confirmed the authenticity of the narration according to which the Sphinx “slept” without repair or cleaning in the face area.

While others touched on ridiculing the matter, by publishing funny (comic) comments that question the authenticity of that novel and try to refute it.

According to the research conducted by the Sanad Agency for Monitoring and Verification of News on Al-Jazeera Network, the angle of photography is the main reason for the controversy, as it showed old photos of the Sphinx sleeping and taken from the same angle.

The Egyptian Ministry of Tourism and Antiquities reinforced the "Sanad" story, as sources in the ministry denied the circulating news, and suggested that the images were modified by one of the photo-editing programs (Photoshop).