Wall Street Journal: Western economies are groaning under the weight of high energy prices, and Europe is at risk

As the war in Ukraine continues and Western sanctions against Russia intensify, the likelihood of energy prices returning to normal is less likely, affecting global economic growth and making Europe particularly vulnerable. 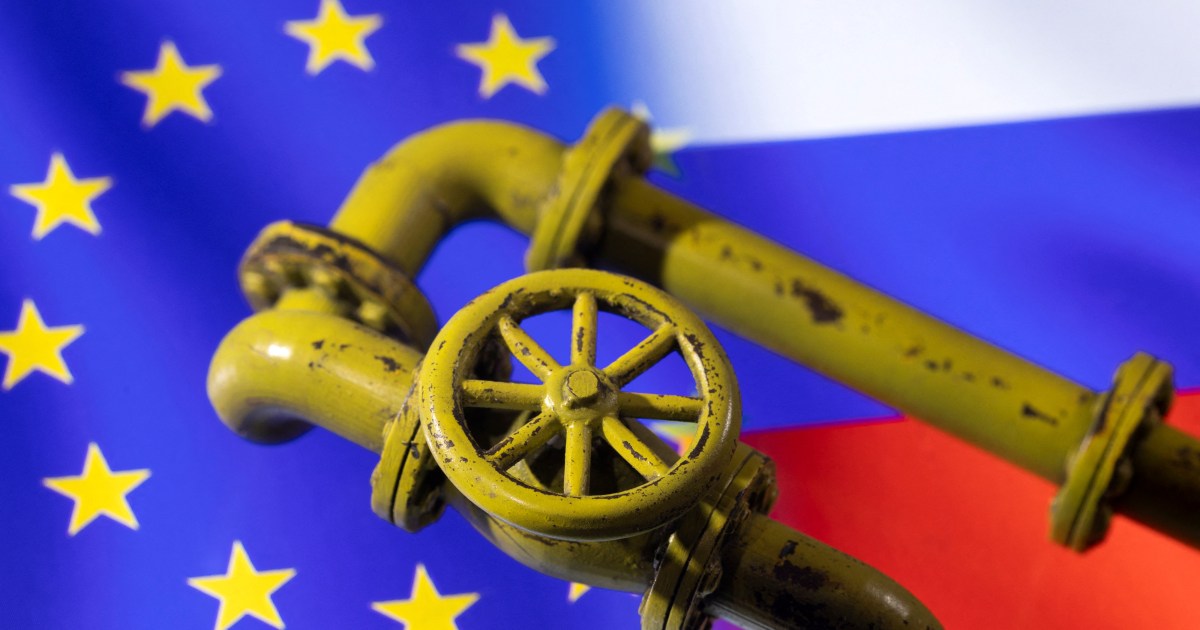 With the ongoing war in Ukraine and the tightening of Western sanctions on Russia, the likelihood of energy prices returning to normal is less likely, affecting global economic growth and making Europe particularly vulnerable as a major energy importer.

In this report, published by the American newspaper, The Wall Street Journal, authors Paul Hannon and Alistair MacDonald said that after the first rise in 2021, in which the global economy began to recover from the Covid-19 pandemic, energy prices rose again after Russia's war on Ukraine began on February 24, amid fears that oil and gas supplies would be withheld from one of the world's largest exporters due to military activity, Western sanctions, or retaliation against Moscow.

The authors point out that with Russia failing to achieve a quick victory;

Economists now believe that energy prices may not fall significantly this year and may rise further, even in the absence of new sanctions and the West avoiding Russian oil and gas, which will reduce global supplies of hydrocarbons, meaning that inflation rates are likely to remain high for a while. Longer than expected when the Russian war began, affecting families' purchasing power and keeping production costs high.

"We are fully aware of all the difficulties that high energy prices are causing, including the very high cost of living, which is very painful for many people," the authors quoted Shell CEO Ben van Beurden as saying last week.

Since it is difficult for many people to reduce their energy consumption;

Economists expect prices for electricity, heating fuel, and gasoline to rise to restrict the amount that households can spend on other goods and services.

It is likely - according to the Wall Street Journal report - that this will affect growth in all countries except for the largest energy exporters.

Economists at JPMorgan estimate that a 20% rise in US gasoline prices after Russia's war on Ukraine could cut spending on other goods and services by $9.6 billion per month.

The authors point out that, unlike America, Europe imports most of its energy, so when prices rise, a lot of extra spending from households and companies goes to suppliers in Russia, the Middle East and North Africa, and as Europe seeks to reduce its dependence on Russian energy, some resort to the United States The United States has become an important exporter of liquefied natural gas in the eurozone, which in turn reduces the money spent on goods and services produced within the eurozone, especially now that sanctions on Russia have prevented it from buying European goods, while high energy prices in the United States tend to Directing purchasing power towards energy-producing countries and shareholders or workers in energy-producing companies.

The authors show that household energy prices in the eurozone were nearly 40% higher in April compared to the previous year, a larger increase than any annual increase during the 1970s, even though that decade saw a series of big annual increases. The US economy may have contracted in the first quarter, but consumer spending grew rapidly.

The French company Carrefour, one of the country's largest supermarket chains with branches all over the world, said it relies on suppliers to limit or delay price increases for as long as possible.

"We are doing everything we can to protect the purchasing power of our customers," she explained.

The authors reveal that European consumers, like their American counterparts, had amassed some savings during the Corona epidemic, but given the rapid rise in prices and stagnant wages in Europe, this purchasing power has eroded rapidly.

“Since the eurozone is mainly importing oil and gas, this would constitute a significant adverse shock to terms of trade, reducing the region's gross real income,” said Philip Lane, chief economist at the European Central Bank, in a speech last week.

The Bank of England is grappling with the same dilemma, as it has resorted to raising rates to combat inflation, which will further deflate an economy already slowed by higher energy prices.

A few days ago, policy makers announced the fourth consecutive rise in the key interest rate, warning that the British economy would be on the cusp of recession next year.

These bleak forecasts - according to the authors - are largely due to energy prices, which rose by 54% last April, at a time when Bank of England Governor Andrew Bailey said, "I am aware of the difficulties this may cause for many people in the United Kingdom, especially low income people.

The authors point out that the first signs of this slowdown were already beginning to appear.

Unlike the US and other large economies, the UK publishes GDP figures for each month.

The authors say that cutting off the supply of Russian oil and natural gas by European countries before mobilizing new suppliers would further damage production capacity in the region. To be absolutely certain what will happen if there are indeed gas cuts, and we try to be as flexible as possible."

The authors stress that the suffering of high energy prices is not limited to European consumers alone, but also applies to their employers, especially energy-intensive manufacturers;

At a time when workers are demanding higher wages to offset inflation, and large customers are resisting higher prices.

While a sharp economic slowdown appears inevitable in Europe, some economists believe the continent can avoid a recession, as Europeans still have some pandemic savings to spend.

Another positive aspect is that the epidemic will be less of a threat to Europe this summer than it has been in the past two years, which heralds a potential boost for southern European countries.