Migratory birds, essential links of biodiversity, face many threats during their journeys across the planet. Among them, light pollution, which causes death… 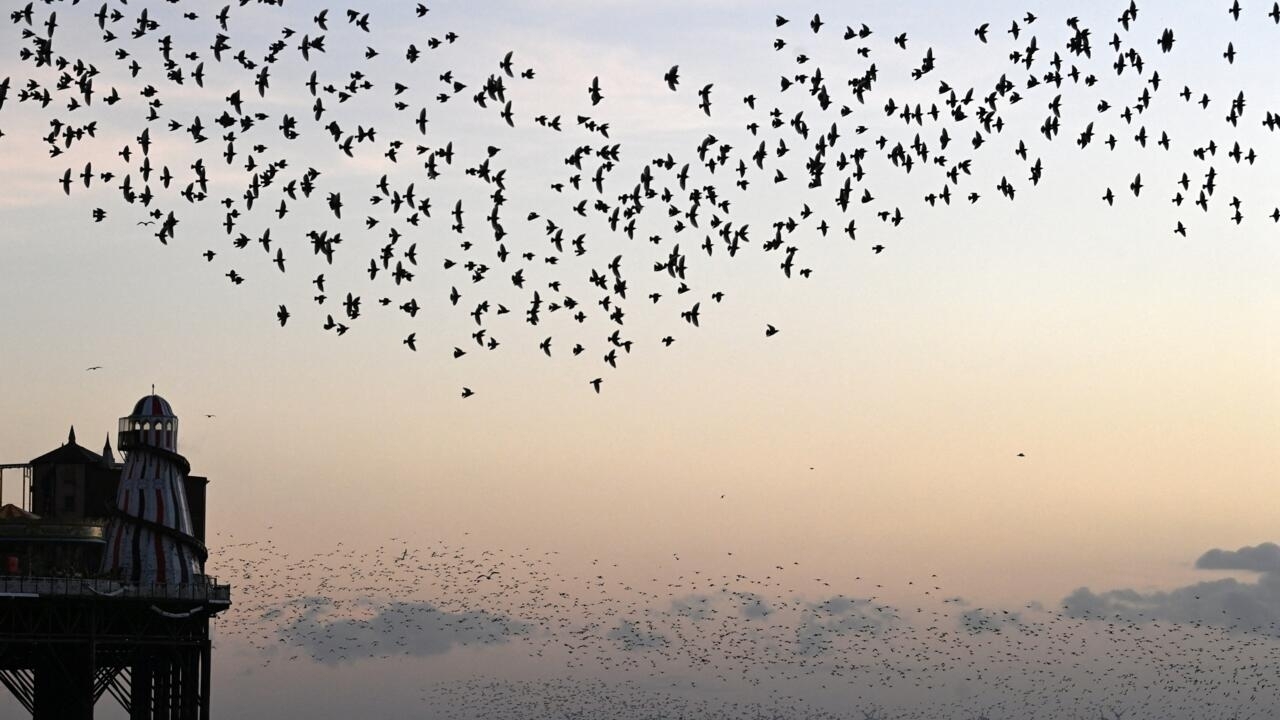 Starlings fly over the sea past the Palace Pier in Brighton, southern England, on January 31, 2022. AFP - GLYN KIRK

Migratory birds, essential links of biodiversity, face many threats during their journeys across the planet.

Among them, light pollution, which causes the death of millions of birds every year.

Reducing unnecessary public lighting, avoiding projectors facing the sky or blue lights that attract birds: here are some of the ways studied to limit the number of dead birds each year, explains Doctor Jacques Trouvilliez, Secretary General of the UN Agreement on the Conservation of African-Eurasian Migratory Waterbirds (AEWA)

", he explains at the microphone of RFI.

In autumn and spring, tens of millions of migratory birds travel in search of food or a favorable climate for their reproduction.

Of about 600 species of birds that nest in Europe and Asia, almost half migrate in autumn to reach more favorable regions in search of food.

While most remain on their continent of origin, some species, especially seabirds, travel thousands of kilometers to reach their final destination.

The arctic tern is the champion bird in all categories since, according to experts, it performs four times the Earth-Moon distance during its life.

according to recent studies, light pollution is increasing by 2% per year on the globe

But also sometimes we will light up monuments, for example all night long, even when few people are passing by, and that has an impact on migratory birds,

Migratory birds will be attracted to these lights and will start circling around the light all night and die exhausted.

It can also lead to collisions: birds will confuse illuminated windows with either the surface of the sea or the surface of fresh water, and will crash into these buildings.

According to the Secretary General of the UN Agreement on the Conservation of African-Eurasian Migratory Waterbirds, several thousand birds collide in some buildings per night.

But more and more cities around the world are taking steps to dim building lighting during migration times,

, which is working to develop best practices under the Convention on Migratory Species ( CMS).

: the site of the League for the Protection of Birds (LPO)