With a ninth victory in a row against Brest (4-2), Monaco takes second place, overtaking Marseille, overwhelmed by Rennes (2-0), Saturday during the penultimate day of Ligue 1 or Metz s 'is… 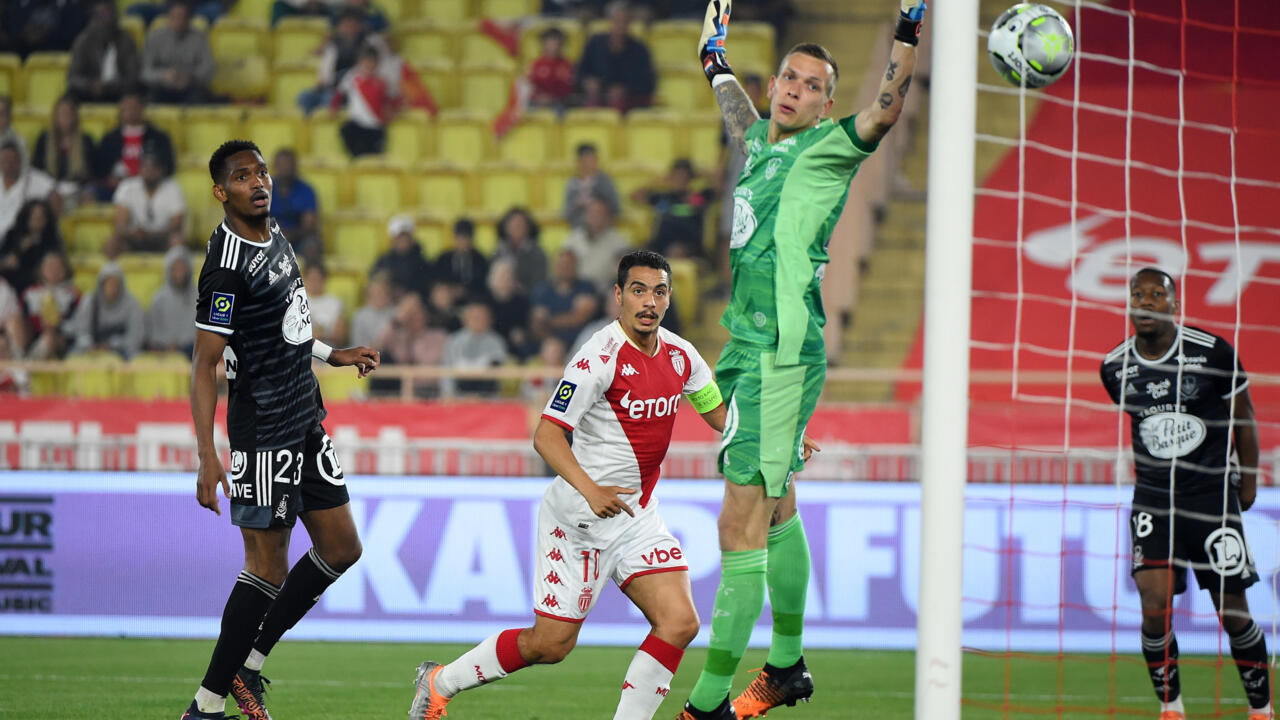 After a crazy evening where the positions have changed a lot, everything will be decided on the last day, in the race for the Champions League as well as for maintenance.

And OM could well lose everything...

OM fall to 3rd place, which sends to the Champions League play-offs, overtaken by ASM on goal difference (+25 against +21) before the last day, where Marseille, still under threat from its winner in the evening, receives Strasbourg at the Vélodrome, Monaco goes to Lens and Rennes to Lille.

A victory at Bollaert, which would be their tenth in a row, and the princely club would return to the Champions League, after an irresistible sprint, like their crazy evening: led 2-0 just before half-time , ASM overturned everything with a hat-trick from Wissam Ben Yedder (24 goals), who came within a length of Kylian Mbappé (25 goals) for the title of top scorer.

OM receive Strasbourg (5th), which holds the place in the Europa League Conference, and must take at least one point to stay on the podium, and do better than Monaco to regain the place of runner-up.

Rennes (4th) is three points behind this duo.

Admittedly, they have a much better goal difference (+42), but the men of Bruno Genesio, nominated among the best coaches for the UNFP trophies, whose ceremony is held on Sunday, need a collapse of their two rivals to play the Champions League.

Rennes, superior to Marseille, made the break by Lovro Majer (left) at Roazhon Park, May 14, 2022 Damien Meyer AFP

On the other hand, they hold the place well in the Europa League, with Nantes, winner of the Coupe de France.

The Rennais overtake Nice (6th), beaten on their ground by Lille (3-1), with the awakening of Jonathan David, author of a double, his first goals since March 6.

Strasbourg (5th) also overtakes Nice on goal difference (+21 against +15) before the last day.

Le Gym, beaten in the Cup final by Nantes (1-0), risks losing everything.

Lens, winner at Troyes (3-1), has a theoretical chance of finishing European, two points behind the Strasbourg-Nice duo.

The fight for relegation is also very indecisive between Metz (18th) and Saint-Étienne (19th).

The fate of the Girondins de Bordeaux (20th) is almost settled, after a sad goalless draw against Lorient, which ensures the maintenance of the "Hakes".

The Girondins are three lengths behind the Garnets, and a crippling goal difference (-41 against -29).

The Bordeaux stadium rumbled all evening with the anger of the supporters, who threw toilet paper on the field at their players.

At Geoffroy-Guichard, suspended, it was in a dismal closed session that the Greens wasted their chance by losing at home against Reims (2-1).

Metz, which has long seemed doomed, doubles Saint-Étienne to return to the place of barrage by beating Angers (1-0).

The distress of Saint-Etienne players after the match lost at home to Reims, May 14, 2022 JEFF PACHOUD AFP

Clermont and Troyes also ensured their maintenance, despite their defeats, the Auvergnats in Strasbourg (1-0) and the Aubois against Lens (3-1).

With 36 and 37 points respectively, neither Clermont Foot nor Estac can no longer be joined by Metz and Saint-Étienne (31 points).

Finally in the match between teams that had nothing left to play for, Paris Saint-Germain honored their title of champion of France by correcting a once again disastrous Montpellier (4-0).

Kylian Mbappé, author of three assists - with a double for Lionel Messi - and a goal (from the penalty spot), prepared well for the evening of the UNFP Trophies of which he is the big favorite.