Close-up 丨 This chair, please seat the most distinguished guests 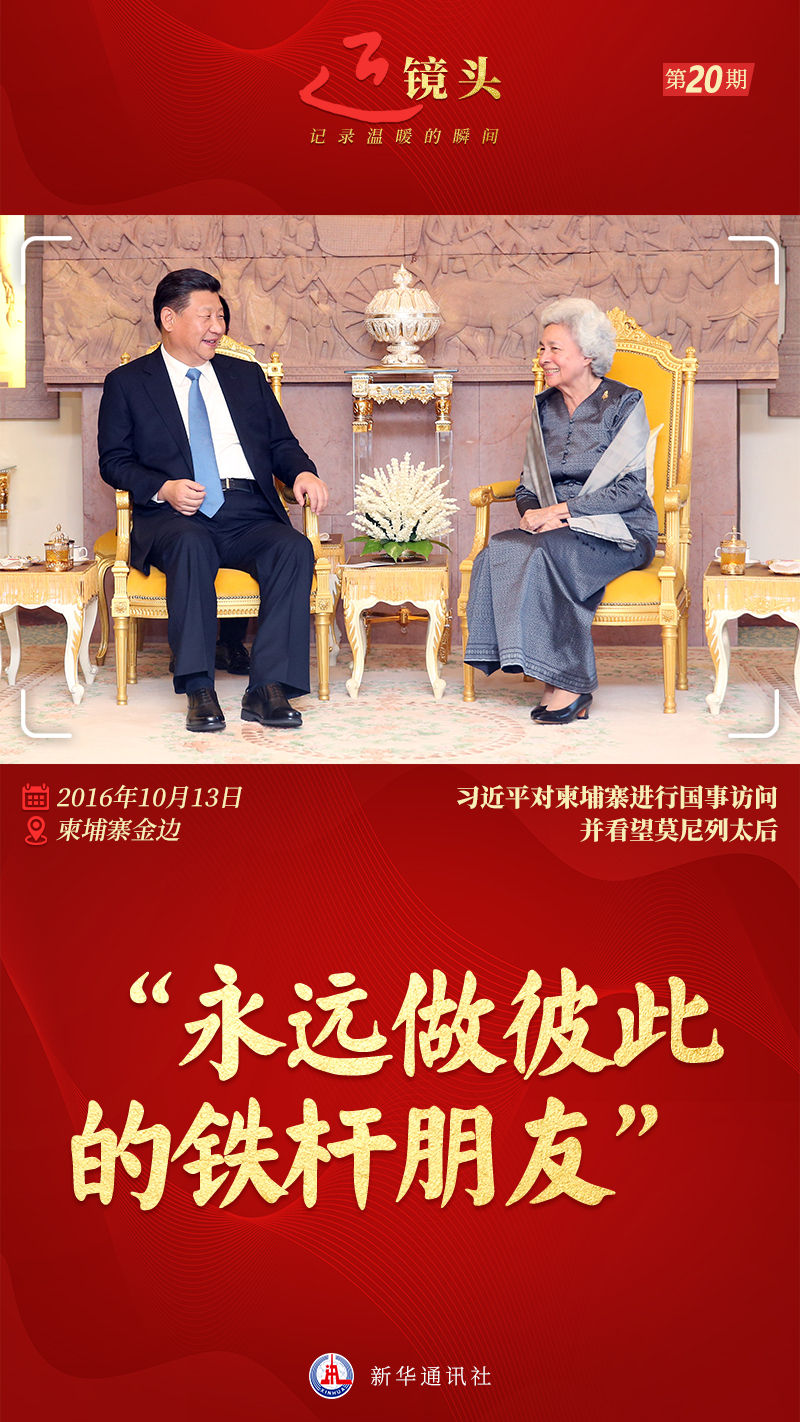 On October 13, 2016, the sun was sunny and warm in Phnom Penh, the sky was blue and the clouds were light, and the bright national flags of China and Cambodia were flying in the streets and alleys of Phnom Penh.

Tens of thousands of people took to the streets to warmly welcome Chinese President Xi Jinping's state visit to Cambodia.

On the day of his arrival in Phnom Penh, President Xi Jinping made a special trip to visit the Queen Mother, who is over 80 years old.

The Queen Mother asked President Xi Jinping to take a seat on a chair that King Sihanouk used to sit on during his lifetime.

After the death of the emperor, this chair has been sealed and treasured by the royal family.

"This time, the Queen Mother specially invited President Xi Jinping to take a seat on the chair that the Emperor often sits on. This is a treatment that can only be enjoyed by the most honorable and intimate guests." The Emperor's youngest daughter, Allen, said enthusiastically.

Clothida, an expert on the Cambodian royal family, said that asking President Xi Jinping to sit on this chair has a profound meaning in Cambodian culture: it not only expresses the mutual longing and remembrance of the two sides, but also wishes the guests sitting on this special chair a long life and good health.

Through this warm and affectionate scene, people can feel the sincerity and mellowness of China-Cambodia friendship.

Princess Arun remembered that with a smile in President Xi Jinping's eyes, he fondly recalled the history of China-Cambodia friendship and the deep friendship between the Cambodian royal family and China.

He said that King Sihanouk was a good friend respected by the Chinese people and a symbol of China-Cambodia friendship.

We welcome the Queen Mother and King Sihamoni to continue to regard China as their second hometown and to visit China often to take a look.

The Chinese side is willing to work with the Cambodian side to pass on and carry forward the China-Cambodia friendship jointly forged by the older generation of leaders of the two countries, and to be each other's iron friends forever.

She said with a smile that Cambodia-China relations are a model of mutual trust and cooperation between large and small countries.

The friendship between the two countries is deeply rooted in the hearts of Cambodia and is unbreakable.

"The Cambodian side is willing to work together with the Chinese side to deepen exchanges and cooperation between Cambodia and China in various fields, so that the friendship between the two peoples will be passed on from generation to generation."

That night, King Sihamoni held a welcome banquet for his "dignified family", attended by all members of the royal family and cabinet.

During the banquet, the familiar movement of "Missing China" was played, and the lively hall was instantly quiet.

"Ah, beloved China, my heart has not changed, it will always miss you..." The beautiful melody composed by the Great Emperor Sihanouk himself touched the heartstrings of everyone present.

Looking back on the past, since the establishment of diplomatic relations between China and Cambodia in 1958, King Sihanouk and the older generation of Chinese leaders have jointly forged a profound traditional friendship.

Today, under the leadership of the head of state's diplomacy, the Cambodian royal family and Chinese leaders still maintain frequent visits like visiting relatives, and China-Cambodia relations are increasingly radiating new vitality.

A "Xi Jinping: The Governance of the Country" has won the hearts of countless Cambodian people with profound thoughts and humanistic care.

Sections of warm memories have left a deep imprint in the flowing years, linking up a picture of friendship like a river and a family.

She said with deep emotion: "Since my first visit to China in 1982, I have accompanied my parents to China many times. China treats us like brothers and sisters. Every time I go to China, I feel like I am back home."