Remains of two people found after the house fire in Flurkmark

Two people are still missing after the house fire in Flurkmark. However, the police have found remains that indicate that two people remained in the house. - As we have understood, these two people were visiting, says David Helgesson, head of the police department for serious crimes. 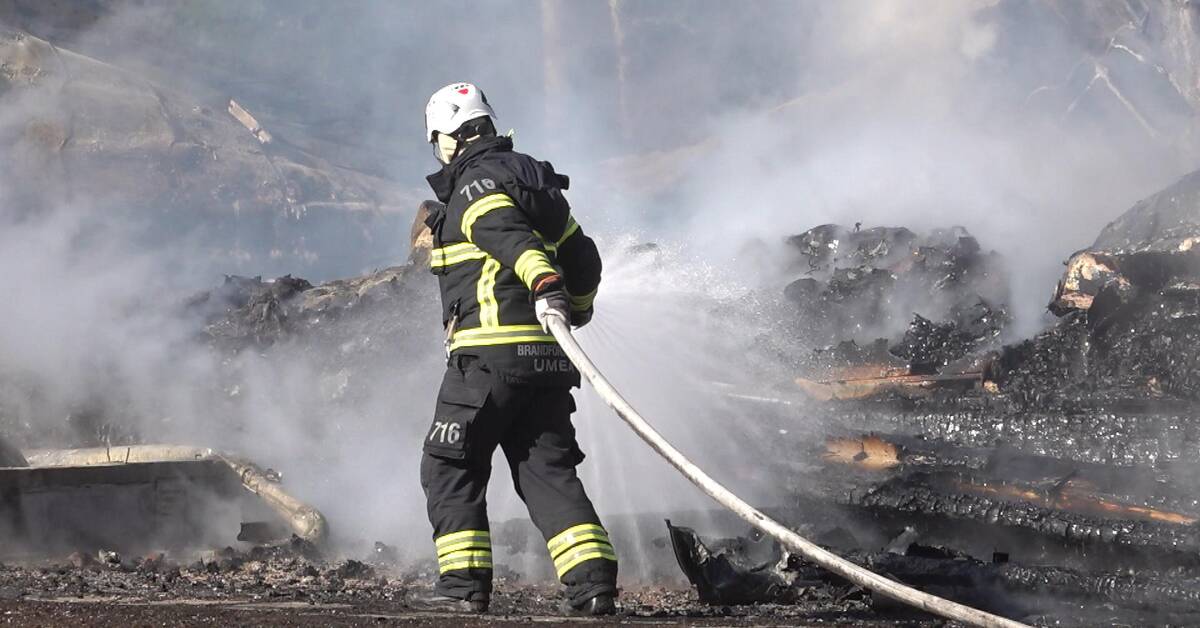 At 06 o'clock on Sunday, an alarm came about the fire in Flurkmark, outside Umeå.

Six people were at the address and four managed to get out alive.

- We have found the remains of two people as we assess it and next, these people will be identified.

However, we fear that the two people who have been missing since the incident, says David Helgesson, head of the police department for serious crimes.

The police believe that the people were visiting the house that burned to the ground.

The cause of the fire is still not determined and hence the case is classified as a suspected arson.

This is because the police can not rule out that the fire was started.

- It can be difficult in this type of case when everything has burned down and it is not always possible to get answers but hope to get answers by holding interviews with those who survived and others who may have some information.

The site is still cordoned off and the technical investigation has not yet been completed.

- It may be relevant with a continued technical investigation during the day, he says.