Inspired by the world of Harry Potter, quidditch has conquered around forty countries, but this sporty UFO astride a stick wants to free itself from the famous wizard to become a discipline... 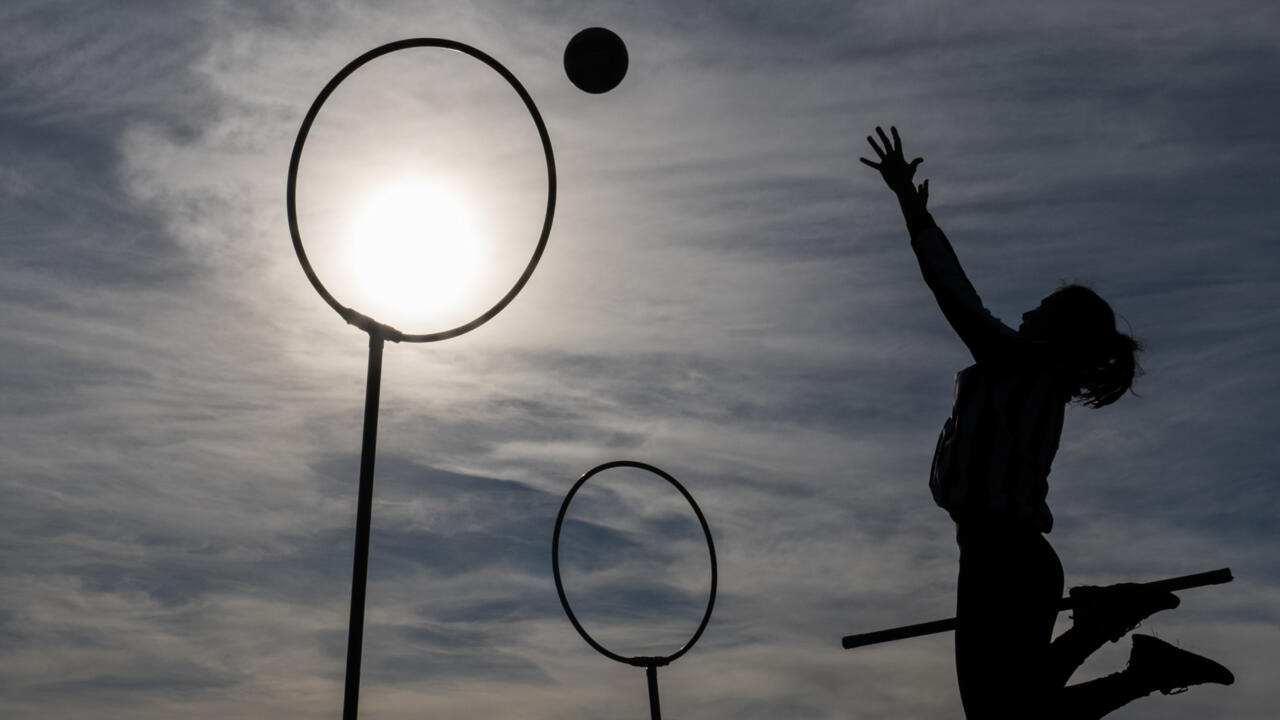 In JK Rowling's novels, players spin on their broomsticks to throw the "Quaffle" through rings, avoid "bludgers" and catch the "Golden Snitch" to end the match.

In 2005, American students created a version for "muggles" (non-magicians) subjected to gravity, mixing aspects of handball and rugby but also schoolyard games.

Gradually, the discipline has been codified and structured within national federations and official championships, such as the Coupe de France contested last weekend in Angers.

Some discovered the sport during university exchanges abroad, others during gatherings of Harry Potter fans, still others stumbled upon training in a park...

On the pitches, the capes and hats of the magicians of the first followers have almost disappeared, as well as the references to the world of magic on the jerseys.

"We come for Harry Potter, we stay for sport", insists Cédric Chillan, 38, coach of the France team.

This former hand player, who evolves with the Frogs of Paris, boasts the physical side, the good-natured atmosphere and the complexity of the strategies.

But the sorcerer's vocabulary remained, as did the brooms, in the form of plastic sticks.

Not at all, assures Tiphaine Pasquereau, 32, communication officer for the federation and vice-president of the Elephants of Nantes, who arrived in quidditch after 15 years of judo.

Quidditch players during a match between Paris and Angers, at the French Championships in Nantes, February 12, 2022 LOIC VENANCE AFP

"It's not to pretend to steal. It's a handicap, in the same way that you have to dribble to move forward with the hand or go backwards in rugby. It forces you to handle the balls with one hand, to tackle with one hand...", she explains.

From the edge of the field, she harangues her team: "Fabien, quaffle priority. Maëva, you protect your point!"

Like the instructions, the game may seem confusing to the uninitiated.

Moreover, no less than five referees and two assistants ensure compliance with the rules.

In each team, four pursuers try to pass the quaffle (a volleyball) in the opposing rings, two batsmen try to put them momentarily offside by shooting them with bludgers (dodgeballs or dodgeballs) and, after 18 minutes, a catcher comes into play to try to seize the Snitch.

For lack of a small golden ball with delicate wings like in the movies, the Snitch is a tennis ball lodged in a sock and attached to the shorts of a neutral runner dressed all in yellow.

The actions are fast, the races constant, the shocks sometimes harsh, the changes frequent.

Particularity of the game: the teams must be mixed, with a maximum of four players of the same gender engaged at the same time.

Still confidential in France, with 200 to 300 followers within a dozen active teams, the practice is booming in the United States, Australia, the United Kingdom, Germany...

To the point that a change in nomenclature is being studied in the United States, in order to be able to continue development without going through Warner, holder of the rights to the Harry Potter universe.

This development will also have to be accompanied by the creation of teams of young people, so as not to let the discipline wither away as the generation fed on Harry Potter ages.

In the meantime, Cédric Chillan is refining his selection for the European championships organized at the end of July in Ireland, after two years of interruption due to covid.

The stakes are real: winners in 2019, France has a title to defend.