A new riot in a prison in Ecuador on Monday left at least 43 inmates dead and a dozen injured, while another hundred inmates managed to escape in the middle of... 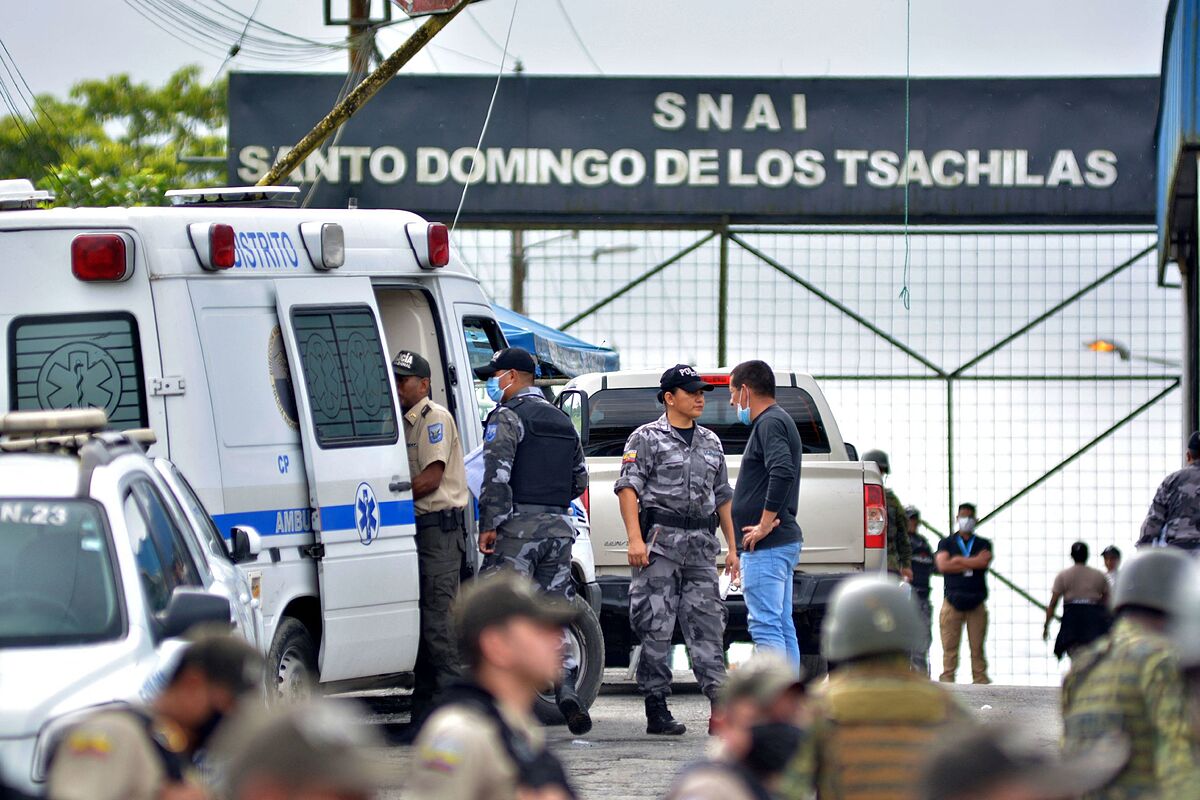 and a dozen injured, while another hundred inmates managed to escape amid the violence, which seems to be spreading through the country's prisons.

A brawl broke out at dawn in the

(about 80 km from Quito) when the Los Lobos gang "attacked and eliminated" about forty members of a faction called "R7," said the Minister of the Interior, Patricio Carrillo, at a press conference.

Wounded with beaten faces were transferred in vans and ambulances to receive medical attention, while relatives of the prisoners crowded in the vicinity of the prison, AFP found.

In a courtyard inside, dozens of inmates were forced to kneel with their hands on their heads under the gaze of the uniformed officers during an operation to

retake control of the prison,

according to images released by the authorities.

With this latest bloody episode, Ecuadorian prisons have totaled

in six massacres since February 2021, in the midst of a wave of violence that the government attributes to the confrontation of criminal groups linked to drug trafficking.

Carrillo initially told reporters that two inmates had died, but his office later updated the figure to 43, as did the Prosecutor's Office.

The violence also left thirteen injured, "many serious," and

the death toll could increase,

The authorities declared that they were

"in control" of the situation

and ordered to reinforce the contingent of 250 police officers and 200 soldiers that guard the overcrowded prison, but more than a hundred inmates managed to escape amid the disorders.

Although the authorities have not given the exact number of the total number of escapees, 112 were "recaptured", while 108 inmates "are not in the center" on Monday afternoon, said General

While most of the victims died from bladed weapons, some prisoners used

firearms against the police

, presumably in their escape attempt.

rifles, pistols, four grenades and ammunition in the prison,

said the body in charge of administering the prisons, SNAI.

on tour in Israel, sent his "heartfelt condolences to the relatives" of the deceased.

"This is an unfortunate result of gang violence," he added on Twitter.

But Irene Salazar, a relative of a detainee, said that the government "is with its hands crossed" in the face of prison violence.

"Why doesn't the government do anything? (...) He is negotiating, negotiating what? More money for him! And the poor who die of hunger," the 29-year-old woman told AFP.

Despite multiple measures -including the allocation of a budget, the transfer of the most dangerous inmates to a single center and the creation of a pacification commission- the Lasso government has not been able to stop the prison massacres, one of the worst in Latin America.

Overcrowding is another problem in Ecuadorian

At the national level, in the 65 prisons, with a capacity for about 30,000 people, there are about 35,000 prisoners, according to the authorities.

Santo Domingo had escaped enormous violence in the last year, concentrated in prisons in

The authorities suspect that the clashes originated

from the transfer to Bellavista of one of the leaders of the R7 group,

thanks to a precautionary measure.

The ringleader was in a maximum security prison in the coastal province of Guayas (southwest) after having starred in another confrontation between Los Lobos and R7 in the El Turi prison, in the Andean city of Cuenca (south), which left 20 dead a month, Carrillo said.

For the security specialist,

the transfers ordered by the justice of gang leaders are expanding the violence to other prisons.

"This strategy of relocating people to other penitentiary centers that previously had been relatively quiet (...) is beginning to make the problem generalized," Pontón, dean of the Security and Defense School of the Institute of Security, told AFP. High National Studies (IAEN).

increase in violence in the streets and drug trafficking,

which in the first four months of the year left 1,255 criminal deaths -including beheadings and mutilations-, half of what was registered in all of 2021.

In response, the government decreed a

in the provinces of Guayas, Manabí and Esmeraldas, the hardest hit by drug trafficking, in force until the end of June.