The role of militias in conflicts is a hallmark of modern warfare, and the war in Ukraine is no exception. The press covering this war focused on the role of the Russian Wagner Group, for example, a mercenary force, numbering about 6,000, usually based in Ivry. 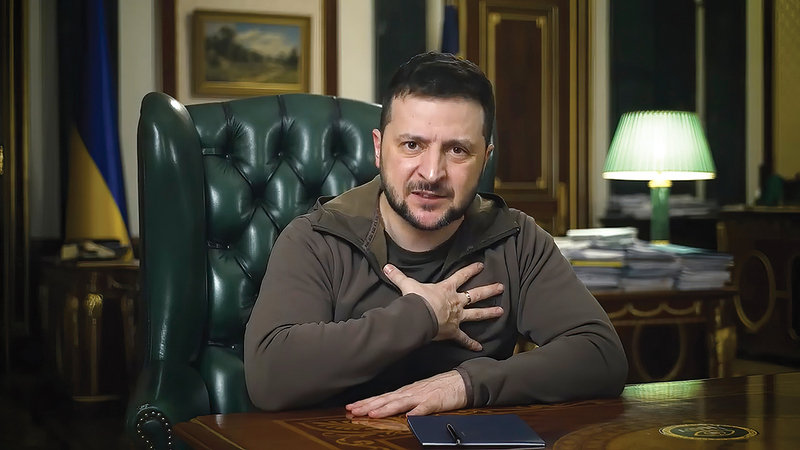 It conducts guerrilla tactics and helps governments "achieve their goals"

The role of militias in conflicts is a hallmark of modern warfare, and the war in Ukraine is no exception.

The press covering this war focused on the role of the Russian Wagner Group, for example, a mercenary force of about 6000 people, usually based in Africa, and finally seen in the Sahel, and believed to be financed by businessman Yevgeny Prigozhin, Close confidant of Russian President Vladimir Putin.

About 1,000 militants from the Wagner Group were recruited to work with the Russian army.

The news stated that at the end of March, a number of these forces were assigned the task of searching for the Ukrainian President, Volodymyr Zelensky, in order to kill him.

In addition to the Wagner Group, Moscow has recruited militias from Chechnya and Syria to bolster the Russian army when carrying out attacks on key and strategic areas of Ukraine.

On the other hand, Ukraine has relied heavily on militias, such as the existing Azov Brigade, as well as newly formed civilian militias, to confront the Russian armed forces.

Militias are armed, but not governmental, groups that are usually recruited from the civilian population to support government security forces, particularly during times of emergency.

These paramilitary forces enhance the government's military capabilities, both quantitatively and qualitatively.

Governments often partner with militia groups to carry out armed operations against armed rebel organizations, during a counterinsurgency war.

In Colombia, the government of Bogota mobilized the right-wing paramilitary groups, which were receiving training from the United States in its war against the opposition "FARC" movement, as well as other left-wing groups.

Militias have been used by governments to protect against internal threats, such as coups by other government players, including the military itself.

Depending on how close the militias are to the government, the government works to provide them with weapons, resources, training, and intelligence.

In other cases, the state may grant authority to militias to carry out military operations on their behalf.

Militias are often used by states for wars that break out between states, and therefore the use of these militias in the Ukraine war is not surprising, but what is surprising is the role these militias play in the conflict, the militias deployed by Russia are subject to tight control, as well as recruitment directed and financed by the Russian government and forces.

On the Ukrainian side, the relationship between the state and militias is more ambiguous and fluid, as the Kyiv government does not always directly control the Ukrainian-backed militias, which can be considered semi-independent armed actors.

At the beginning of last March, it became clear that Russia had agreed with Chechen militias to carry out specific operations in Ukraine, including a plot to kill President Zelensky.

Russia's deployment of these militias is seen as a form of psychological warfare, which aims to sow fear and terror in the minds of both the Ukrainian armed forces and the civilian population, given the brutality that accompanied the Chechen militias in previous conflicts.

As for the Wagner Group, unlike the militias deployed by Russia, it has participated in the pursuit of Russian foreign policy objectives in Africa and the Middle East, with high efficiency and great effectiveness, and this group operates with very high professionalism, similar to the work of the Special Forces Organization.

Ukraine-backed militias tend to be more independent than their Russian counterparts, and they have used guerrilla tactics successfully to fend off attacks by far superior Russian soldiers and tanks.

The Azov Brigade is the most prominent of the Ukrainian-backed militias.

It cooperated with the official Ukrainian armed forces, and was partially incorporated into the National Guard, although it retained its semi-independent identity.

These militias were formed in 2014 in response to Russian separatist rebels operating in the Donbass region in eastern Ukraine.

It is believed to be a far-right organization, which emerged from a far-right political movement called "Svoboda", which works to promote white supremacy and is anti-immigration.

There are large groups of Ukrainian-backed militias that have been involved in the struggle against the Russian ground forces, including the Dnipiru Brigade, which is funded by Ukrainian billionaire Ihor Kolomoisky.

At the same time, the Ukrainian government armed and trained large numbers of the civilian population into a massive militia supported by the Kyiv government.

The fighting appears to be shifting towards the eastern regions of Ukraine, after Russian forces failed to capture Kyiv in the first phase of the war.

Donbass has been the center of fighting by Russian-backed separatists since 2014, with the largest number of Russian speakers concentrated there.

And if the fighting turns east to the Donbass region, then the militias involved in the fighting will move to that region as well.

Militias have committed many human rights violations here in the past.

Beyond the civilian centers of Kyiv and Kharkiv, the oversight of these militias by both sides' regular army may be greatly reduced.

• Ukraine relied heavily on militias, such as the already existing Azov Brigade, in addition to newly formed civilian militias to confront the Russian armed forces.

• About 1,000 militants from the "Wagner" group were recruited to work with the Russian army.

It was reported that some members of this force were assigned the task of searching for the Ukrainian President, Zelensky, in order to kill him.

• There are large groups of Ukrainian-backed militias that have been involved in the struggle against the Russian ground forces, including the "Dnipiro" battalion funded by Ukrainian billionaire Ihor Kolomoisky.